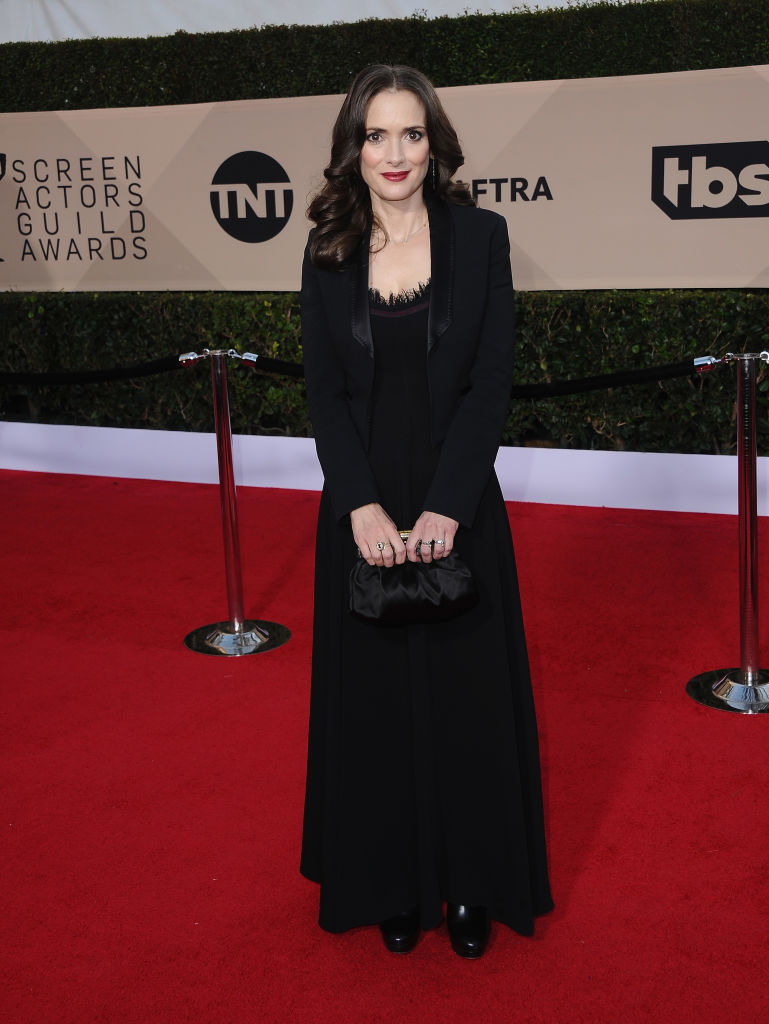 Winona Ryder, who starred in Girl, Interrupted, was one of the most well-known movie actresses of the 1990s. She seemed to ‘vanish’ after a shoplifting charge in 2001, before reappearing on the national stage in Stranger Things.

Ryder used to leap from leading role to leading role, appearing in Heathers and Beetlejuice in 1988 before acting alongside Johnny Depp in 1990’s Edward Scissorhands.

For her roles in The Age of Innocence and Little Women, Winona Ryder was nominated for an Academy Award twice, once in 1994 and again in 1995. She, on the other hand, seemed to withdraw from the public eye after Little Women. Ryder went from a well-known figure to a “remember her?” figure in the blink of an eye.

Ryder stated in a 2014 interview with The Guardian that she doesn’t mind not being a household name.

“There’s a big part of me that just wants to do good work and not have that pressure,” Ryder said. “I don’t have any interest in being a movie star.”

She admits to having trouble making the shift to adult roles. She ultimately relocated to San Francisco for a “hiatus” to explore hobbies other than acting.

Ryder told The Guardian, “Fame can be incredibly isolating. Dangerously so. And I’ve definitely gone through that. There was a time when I would go for a hike and I wouldn’t even know that I was being photographed.”

In a recent interview with Time, she said, “I took some years off, and I didn’t realize that was very dangerous in terms of my career. I was constantly being told, ‘You have to keep working so you stay relevant.’ When I was ready to come back, I was like, ‘Oh, where did everyone go?’ A lot of actors have ups and downs. I think mine were – people might see them as awful – but I learned, and I appreciated the time away.” Winona Ryder’s “disappearance” makes sense when you look at her personal life and business history. Ryder managed to vanish from Hollywood without ever completely quitting the business, thanks to a shoplifting offense (that likely garnered far too much credit for her career decline) and the actress’s personal wish to move away from stardom.

According to the New York Times, Winona Ryder was found guilty of grand larceny and damage in 2002 for taking over $5000 in luxury items from a Beverly Hills department shop.

Winona Ryder was subjected to a six-day trial that drew worldwide interest. Ryder’s face was splashed over the cover of every tabloid, and if a tabloid didn’t cover Ryder, it wasn’t flying off the shelves.

Ryder “breaks her silence” on the cover story of OK! to explain “why I vanished.” Ryder’s “world fell apart after she was caught shoplifting, and the disgraced actress disappeared from sight,” according to the report. Th Heather star is “ready to come back to Hollywood in a big way” over 20 years after her arrest.

Ryder is “breaking her silence and telling friends it was the right choice” after years of “meditating and going to therapy.” Ryder is “eager to get back to the big screen” after her critically lauded role in Stranger Things. “The shame of her shoplifting arrest will never completely go away,” the piece concludes, “but Winona is really happy.”

Winona Ryder took a personal sabbatical from Hollywood after her incarceration. The issue with this decision was that when she returned, she wasn’t quite appropriate for the ’80s parts she’d landed so easily before, and she wasn’t quite mature enough to portray an adult figure.

Steven Seagal confesses undying love for Putin and Russia: ‘Through thick and thin’
These celebrities refused a star on the Hollywood Walk of Fame