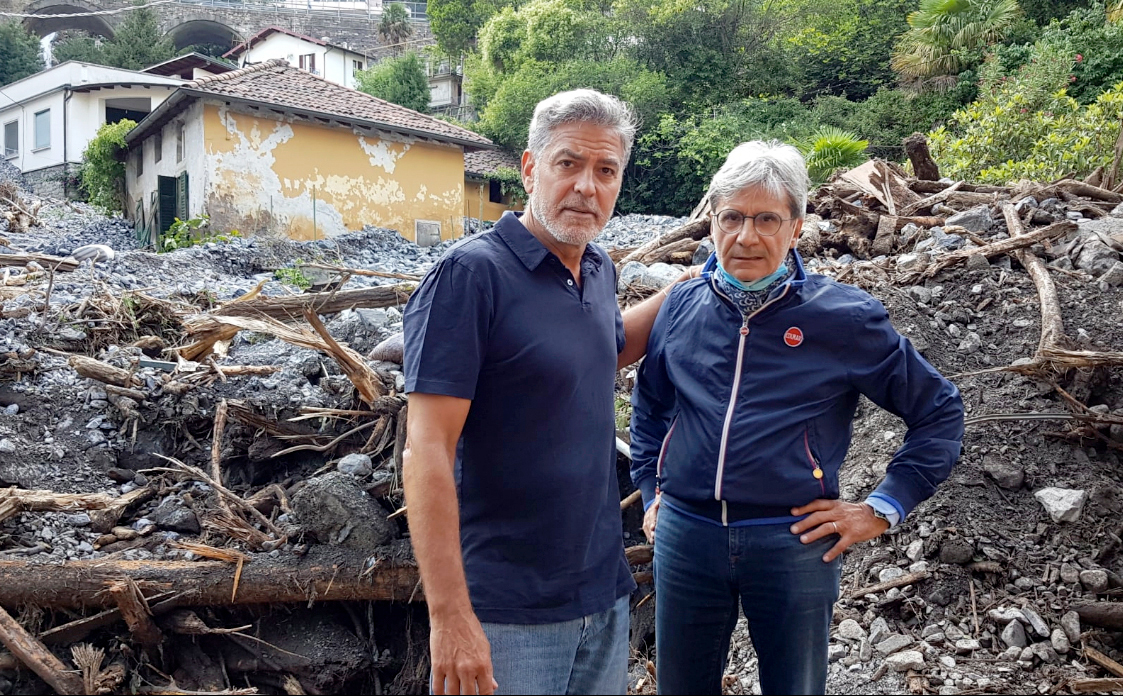 According to The Independent, the 60-year-old actor has been all over the region assisting his neighbors who have been impacted by the recent storms.

Flooding occurred on Tuesday (27 July) as a result of heavy rain. More than 60 people were rescued as the villages surrounding Lake Como saw the consequences of harsh weather, such as landslides.

“It’s a miracle no one was killed. And with the help of Mayor Pozzi, Laglio will be back better than ever,” Clooney said of Laglio, Italy, Mayor Roberto Pozzi in a statement sent to Insider.

“The situation is much more critical than what was imagined. In Cernobbio the situation is very serious, in Laglio, it is even worse,” a local source told PEOPLE. “I spoke with the mayor. There is a lot of work that needs to be done, and it will require substantial funds. But I am certain this place will become better than it was before.”

“However, this town has always been very strong and will continue to be so in the future. This is a very resilient place,” the source continued.

To express his support, the 60-year-old visited with Mayor Roberto Pozzi and local business owners.

Since July, Clooney and his family have been vacationing at their holiday house in Laglio, the 18th-century Villa Oleandra. According to Pozzi, the village’s mayor, Clooney “came straight to the town hall to see what had happened” following the floods, and the two conducted a tour of the devastation in the region.

“He was really perturbed and said he wanted to help out. We’re raising funds and I think he will be using his own channels to do so too so we can help out people who have been made homeless,” Pozzi added.

The mayor said of Clooney, “George and his family are here and the road near their house is impassable in places but they are safe and there was no damage to their properties.”

Last month, George and his family — wife Amal and twin children Alexander and Ella – were reported to be back in the Lake Como area.

“We had three days of continuous rain and then all hell broke loose and we were flooded with an amazing wall of water and debris from the mountain,” Pozzi said, elaborating on the devastation caused by the harsh weather to The Sun.

“Now we need the government to declare a state of emergency and provide extraordinary financial support,” he told the U.K. Times.

He went on to say that Laglio had become a “disaster zone,” disclosing that four houses had been demolished and their residents had been relocated.

According to The Sun, Clooney’s family was not injured, and the $13 million villa was not damaged.