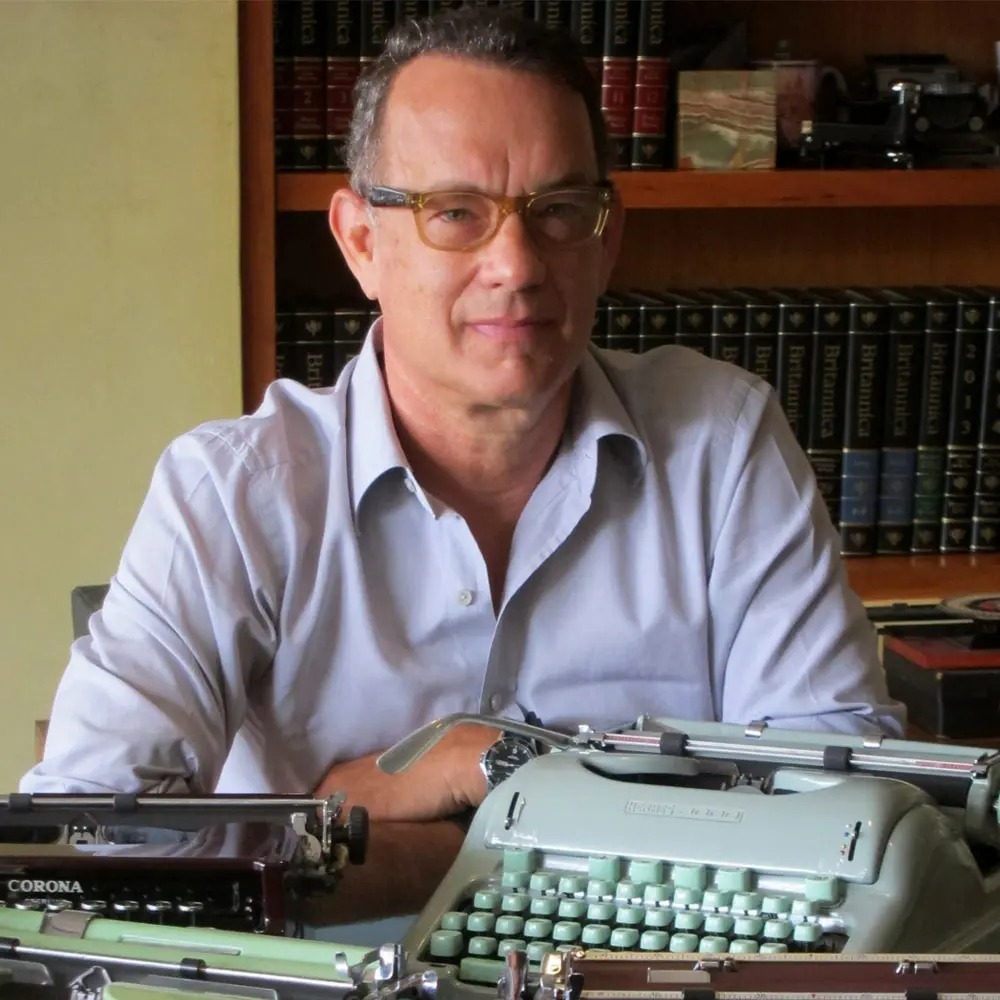 Tom Hanks is a beloved Hollywood actor, known for his roles in films such as Forrest Gump, Toy Story, Cast Away, and The Green Mile.

He has been in the industry for 41 years and has a reputation for being a normal, humble human.

One of his most curious quirks is his obsession with typewriters.

He owns around 250 typewriters and has explained his love for them to enthusiasts around the world.

In 2017, Hanks told the London Literature Festival, “What thrills me about typewriters, is that they are meant to do one thing and one thing only and with the tiniest amount of effort, maintenance, it will last a thousand years”.

He later took it to a maintenance shop and was shown a wall of portable typewriters. He ended up buying a Hermes 2000 for $45.

Hanks regularly uses typewriters as part of his everyday routine and has even written an article about his collection for The New York Times.

He expresses his joy about working with the outdated machines and describes the sound they make as “mini-explosions of SHOOK SHOOK SHOOK. A thank-you note resonates with the same heft as a literary masterpiece”.

He also enjoys the physical pleasure of typing, saying, “it feels as good as it sounds, the muscles in your hands control the volume and cadence of the aural assault so that the room echoes with the staccato beat of your synapses”.

Hanks’ love for typewriters was further demonstrated when he appeared in the 2016 documentary California Typewriter alongside John Mayer, Sam Shepard, and Jeremy Mayer.

The film explores the modern boom of the 19th century invention.

Hanks describes the experience of typing as “Close your eyes as you touch-type and you are a blacksmith shaping sentences hot out of the forge of your mind”.