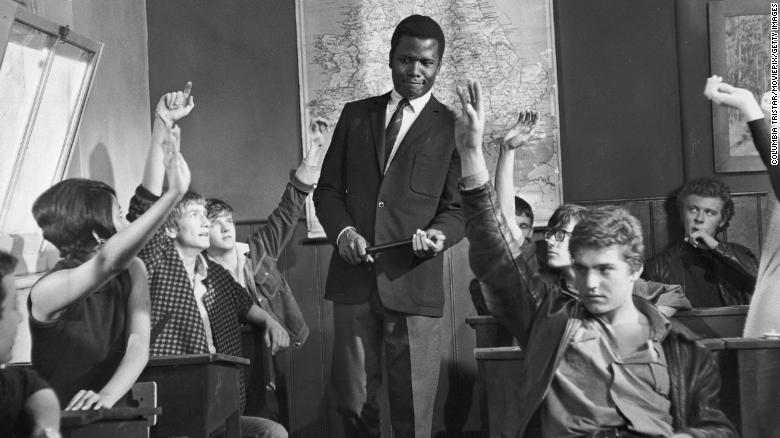 Sidney Poitier, who established himself as Hollywood’s first Black matinee idol and helped open the door for Black actors in the film industry with his portrayals of resolute heroes in films like “To Sir With Love,” “In the Heat of the Night,” and “Guess Who’s Coming to Dinner,” died on Thursday night at his home in Los Angeles. He was 94 years old at the time.

Bahamas deputy prime minister Chester Cooper stated he was “conflicted with great sadness and a sense of celebration” when he learnt of Sir Sidney Poitier’s death.

He added: “Sadness that he would no longer be here to tell him how much he means to us, but celebration that he did so much to show the world that those from the humblest beginnings can change the world and that we gave him his flowers while he was with us.

“We have lost an icon. A hero, a mentor, a fighter, a national treasure.”

Poitier’s family released a statement, saying: “To us Sidney Poitier was not only a brilliant actor, activist, and a man of incredible grace and moral fortitude, he was also a devoted and loving husband, a supportive and adoring father, and a man who always put family first… So many have been touched by our dad’s extraordinary life, his unwavering sense of decency and respect for his fellow man.”

Poitier rose to the pinnacle of his profession despite coming from a poor family in the Bahamas and softening his heavy island accent at a period when significant opportunities for Black performers were few. He received the Academy Award for “Lilies of the Field,” a 1963 film in which he played an itinerant laborer who assists a group of White nuns in the construction of a chapel. 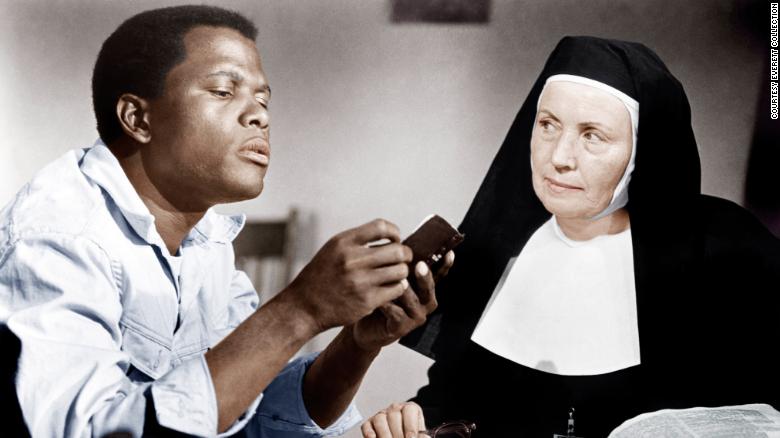 After being born in Miami when his parents were vacationing in February 1927, Poitier was automatically awarded US citizenship.

His characters reacted to injustice with calm determination, despite the fact that they were typically seething with repressed anger.

In a 1967 interview, Mr. Poitier remarked of his film roles, “It’s a choice, a clear choice. If the fabric of the society were different, I would scream to high heaven to play villains and to deal with different images of Negro life that would be more dimensional. But I’ll be damned if I do that at this stage of the game.”

Poitier’s accomplishments were lauded by politicians and members of the entertainment industry. “Through his groundbreaking roles and singular talent, Sidney Poitier epitomized dignity and grace, revealing the power of movies to bring us closer together. He also opened doors for a generation of actors,” Barack Obama wrote beside a photo of himself with Poitier. “The utmost, highest regard and praise for his most magnificent, gracious, eloquent life. I treasure him. I adored him. He had an enormous soul I will forever cherish,” Oprah Winfrey wrote. “It was a privilege to call Sidney Poitier my friend,” Denzel Washington, the second Black actor to win the best actor Oscar, said in a statement. “He was a gentle man and opened doors for all of us that had been closed for years. God bless him and his family.”

“The grace and class that this man has shown throughout his entire life, the example he set for me, not only as a black man but as a human being will never be forgotten,” actor and director Tyler Perry wrote. “If you wanted the sky I would write across the sky in letters that would soar a thousand feet high. To Sir… with Love. Sir Sidney Poitier R.I.P. He showed us how to reach for the stars,” Whoopi Goldberg wrote. Westworld star Jeffrey Wright called him “a landmark actor. One of a kind. What a beautiful, gracious, warm, genuinely regal man. RIP, Sir. With love.”