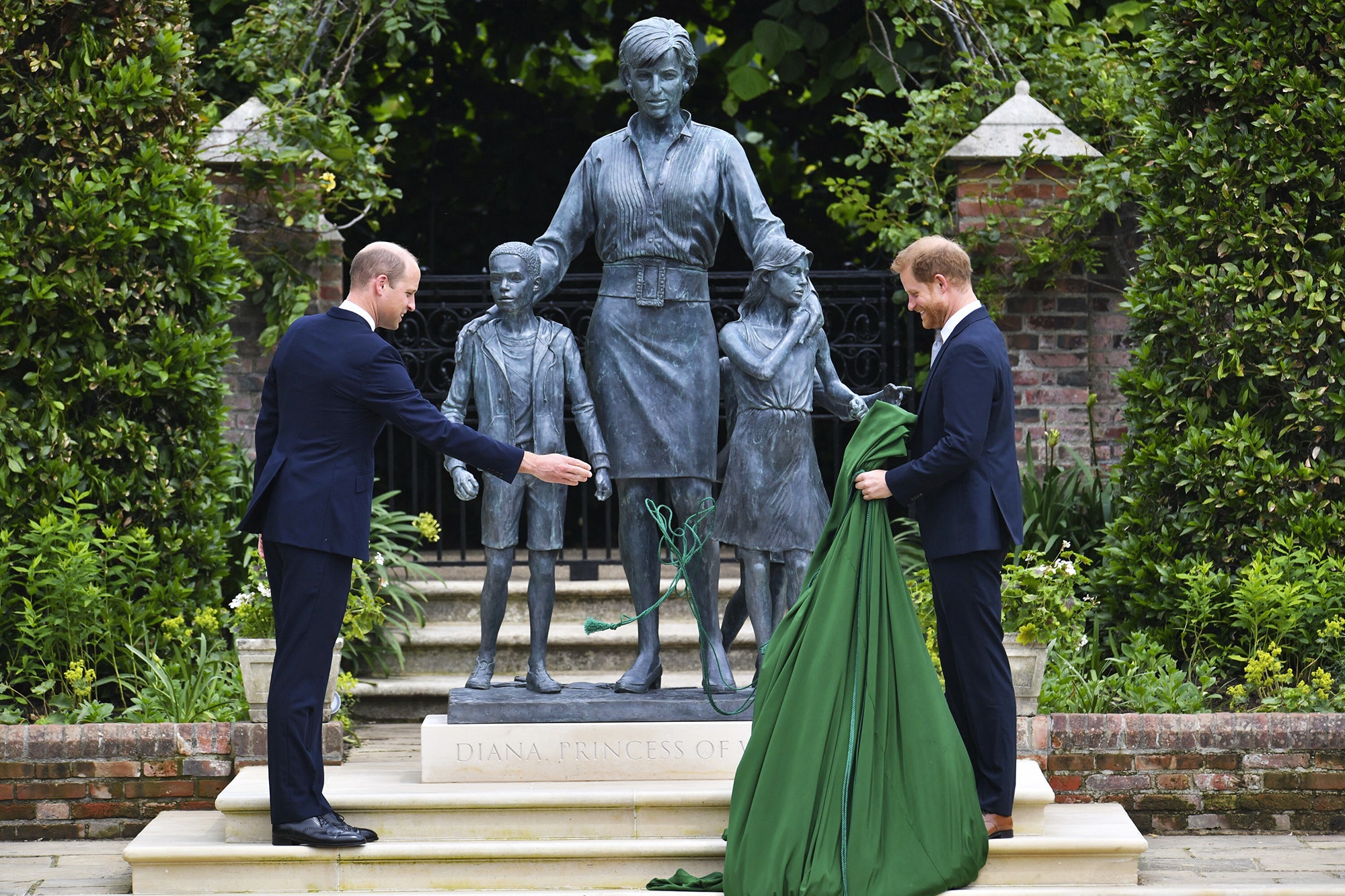 Last July, months after the bombshell Oprah Winfrey interview, Prince William was allegedly ‘furious’ at having to attend the unveiling of a statue of his late mother Princess Diana alongside brother Prince Harry.

In July of last year, the Duke of Cambridge, 39, put personal issues aside and stood shoulder to shoulder with the Duke of Sussex, 37, to unveil a bronze statue of their mother in the Sunken Garden.

According to sources, William’s feelings about the Duke and Duchess of Sussex’s explosive interview with Oprah Winfrey nearly overshadowed the celebration.

‘William was still furious,’ a close friend of Kate’s told the Times. ‘He had taken the view that he’d only give so much. He just didn’t want to go there [with Harry].’

Kate was ‘amazing behind the scenes when Harry came,’ according to one assistant.

“William has had a year from hell, and she has been fantastic supporting him,” another insider claimed.

Meghan said Kate made her weep before she married Prince Harry during a shocking interview with Oprah Winfrey in March 2021, as the pair threw a series of ‘truth bombs,’ including suggesting there was ‘concern’ over Archie’s skin color.

Kate was the first member of the family to greet Harry when he was reunited with his family just weeks later during his grandpa Prince Philip’s funeral, and she was even seen holding back in an attempt to reconcile him with his brother, Prince William.

The Duke of Cambridge did not receive his brother at the occasion, according to insiders. Instead, James Holt, a former press officer at Kensington Palace and now chairman of the Archewell Foundation, welcomed Prince Harry, according to sources close to Earl Spencer.

Following the unveiling, Princes William and Harry issued a joint statement that said, “”Today, on what would have been our Mother’s 60th birthday, we remember her love, strength and character—qualities that made her a force for good around the world, changing countless lives for the better.

It was said that Kate had found it “tough” seeing her husband so “distraught” over the estrangement with a source saying, “Everything with Harry and Meghan has been hugely stressful, but if anything, it’s pulled [her and William] closer together.”

Gary Goldsmith, 56, Kate’s mother Carole’s brother, praised the Duchess as a “brilliant arbiter and peacemaker,” insisting she was doing everything she could to put things right between her husband and his brother.

Although William’s wife did not attend the occasion, the Times said that she “worked her magic out of sight” as a peacekeeper to ensure the unveiling went off without a hitch with both brothers there.

According to an aide, “[Catherine] was amazing behind the scenes when Harry came.”

Angela Levin, a royal pundit, has emphasized the Duchess of Cambridge’s position as a mediator in an interview with Marie Claire on the occasion of the duchess’ 40th birthday. “She has tried to act as a bridge between William and Harry,” Levin said. “There was [a] very bad feeling between H and W when H came over for the funeral of Prince Philip. Catherine started talking to H as they left the chapel. William joined her and she slowed down and let the two talk. I don’t think either of them would have made the first move to speak to each other.”