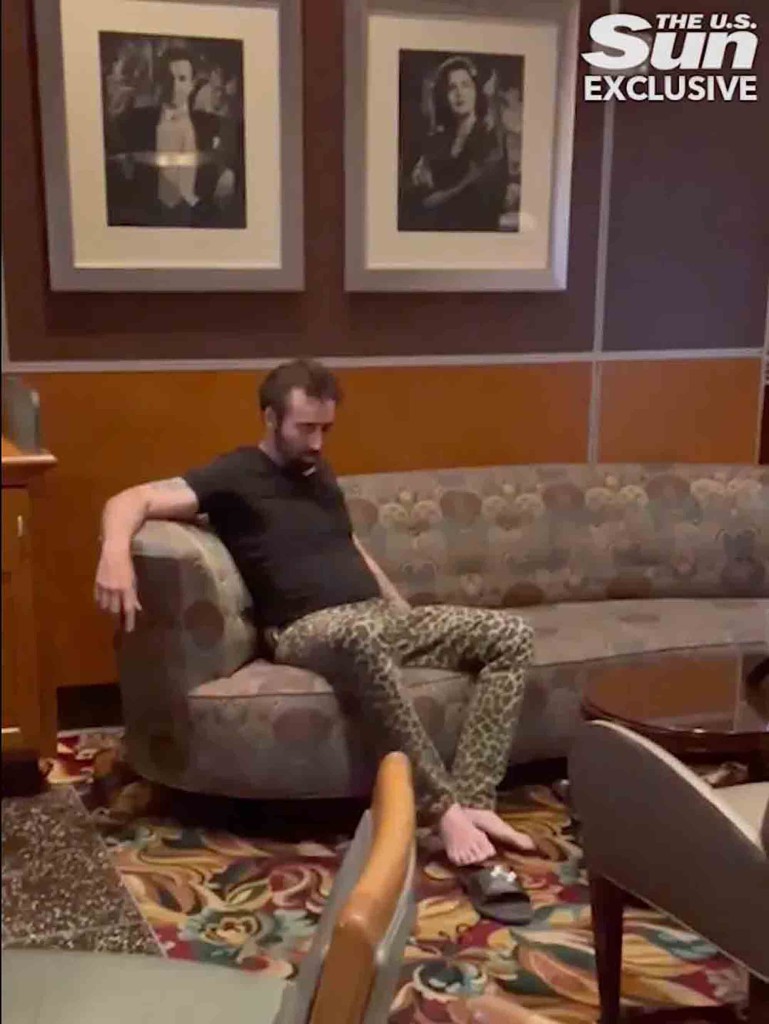 Actor Nicolas Cage took time to debunk several urban legends about himself during an appearance on “Jimmy Kimmel Live” this week, including the rumor that he and his “National Treasure” costar Diane Kruger bought a “Bat cave.”

Cage explained that he and Kruger were in North Dakota during the filming of one of the “Treasure” movies when he heard about the cave for sale.

He said that the cave was “beautiful” and filled with “stalactites,” “milky quartz,” and “crystalline walls,” but that he ultimately decided not to buy it. Cage also clarified that there were “no bats in the cave.”

Cage was married to Alice Kim from 2004 to 2016 and tied the knot with Riko Shabata in 2021. He discussed his relationship with Shabata and his previous five marriages in an interview with the Los Angeles Times in January, saying, “I’m really happily married. I know five is a lot but I think I got it right this time.”

According to People, Cage and Shabata met in Shiga, Japan through mutual friends while he was filming “Prisoners of the Ghostland.” Cage said previously that he knew he could have a successful relationship with his current wife after discovering her love for unusual animals, specifically flying squirrels.

Cage is well known for his unique acting style and has played a wide variety of roles throughout his career. He has starred in films such as “Leaving Las Vegas,” for which he won an Academy Award for Best Actor, “Adaptation,” “National Treasure,” and “Ghost Rider.” He has also received critical acclaim for his roles in “Wild at Heart,” “Moonstruck,” and “Raising Arizona.”

In addition to his successful acting career, Cage is also a successful producer and director. He has produced and directed several films, including “Sonny,” “Shadow of the Vampire,” and “The Life of David Gale.”

He has also directed several music videos and has appeared in television shows and video games.

Cage is known for his love of the unusual and his collection of eccentric properties. In addition to almost buying a cave, Cage has also reportedly bought a haunted house in New Orleans, an island in the Bahamas, and a medieval castle in Germany.

He has also been known to collect exotic animals, including a shark, a crocodile, and a kinkajou.

Cage has faced financial difficulties in recent years due to his lavish spending habits and unpaid taxes.

In 2009, he was forced to sell several properties, including a Bel-Air mansion, a Bavarian castle, and a Gulfstream jet, in order to pay off his debts. He has since worked to get his finances back on track and has focused on his acting and producing careers.

Cage is set to star in several upcoming films, including “The Unbearable Weight of Massive Talent,” “Prisoners of the Ghostland,” and “The Croods 2.”

He is also attached to several other projects as a producer, including “The Whole Wide World” and “Vengeance: A Love Story.”