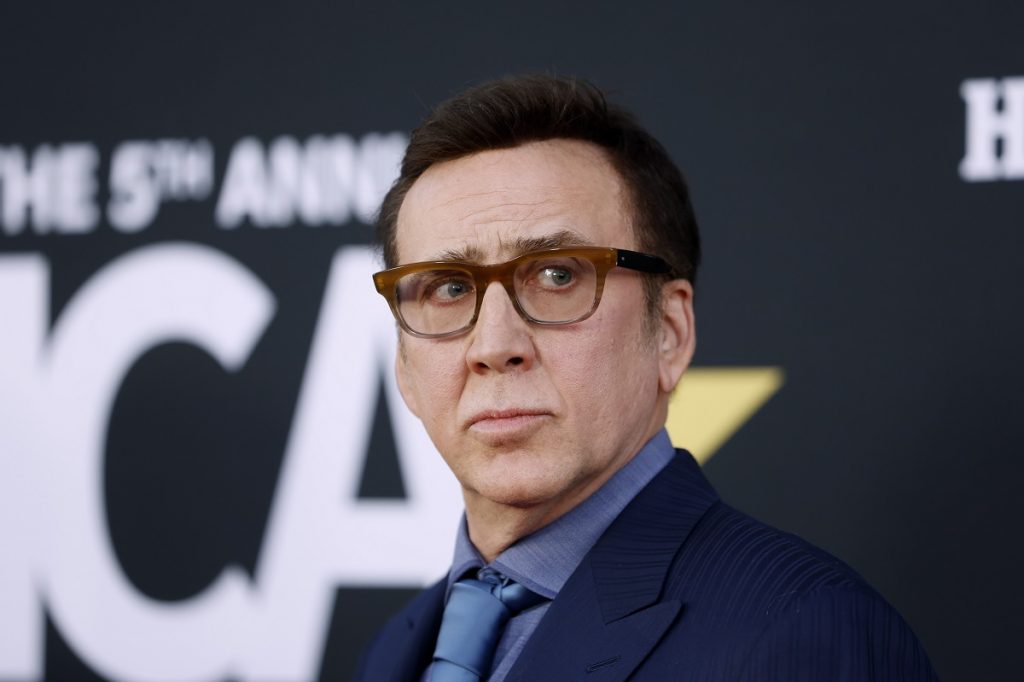 Nicolas Cage reveals the real reason he changed his name. Cage has had a distinguished career spanning three decades and is one of the most well-known actors of his generation. He has been in many legendary movies. These include Leaving Las Vegas, which earned him an Oscar, Adaption, National Treasure, Face/Off, and others.

But it all started in 1982, when Cage appeared in the iconic comedy Fast Times at Ridgemont High, marking his screen debut. It’s the one and only feature film where Cage was credited under his real name, Nicolas Coppola.

Cage participated in a Wired Autocomplete Interview in 2022. He spoke on some of the most prevalent fallacies and subjects connected to his career in the entertainment business. He talked about his name as well, explaining why he had it changed early in his career and what nicknames he goes by.

Cage revealed the real reason he changed his name was that he kept hearing Coppola film references while trying to work on set during Fast Times at Ridgemont High.

“I changed my name because I was doing a little movie called Fast Times at Ridgemont High and I was still Nicolas Coppola, and people would not stop saying things like, ‘I love the smell of Nicolas in the morning,’ because of Apocalypse Now, and Robert Duvall saying, ‘I love the smell of napalm in the morning,’ and it made it hard to work and I said, ‘I don’t need this,’ and changed it to Cage.”

Cage also touched on where his stage name came from. He said it was partly inspired by Marvel character Luke Cage, who has since been portrayed by Mike Colter in the popular Luke Cage series adaptation. Nicolas Cage was also a fan of composer John Cage, and when coupling that surname with Nicolas, it just seemed to work out perfectly.

“It’s a combination of Luke Cage from Marvel Comics, who was a character I liked, also named Power Man, and John Cage, the avant garde composer. Speaks volumes about everything I’ve been up to ever since.”

The name change allowed Cage to establish a clever connection to his comic-book hero. It also gave him a way to distance himself from his famous family. This helped Cage establish his acting career on his terms.

Recently, Cage’s career has seen a resurgence of interest following the performers’ string of straight-to-VOD films. Slated to star as Dracula in Universal’s Renfield, Cage shows no sign of slowing down.

Cage’s career has witnessed highs and lows, but there is no denying he is constantly looking for his mark. Following his compelling performance in the thriller Pig, Cage has reached a new level of creative freedom with The Unbearable Weight of Massive Talent. The movie follows Cage as Nick Cage, a fictional version of himself, as the actor channels his various movie characters to rescue his family. The film has been a big hit with critics, with most considering it to be among Cage’s most entertaining films.

The actor continuously surprises his audience and appears to have a surplus of real-life experience to incorporate into his characters. The actor may have been born a Coppola, but he has made a legendary name for himself under the banner of Nicolas Cage.

The world knows Nicolas Cage by his full name. But his family and friends call him various nicknames. In his interview with Wired, Cage responded to the question, “What does Nicolas Cage want to be called?” by listing off a few of those nicknames. “You can just call me Nic, or Nicolas, or Nicky, you know.”