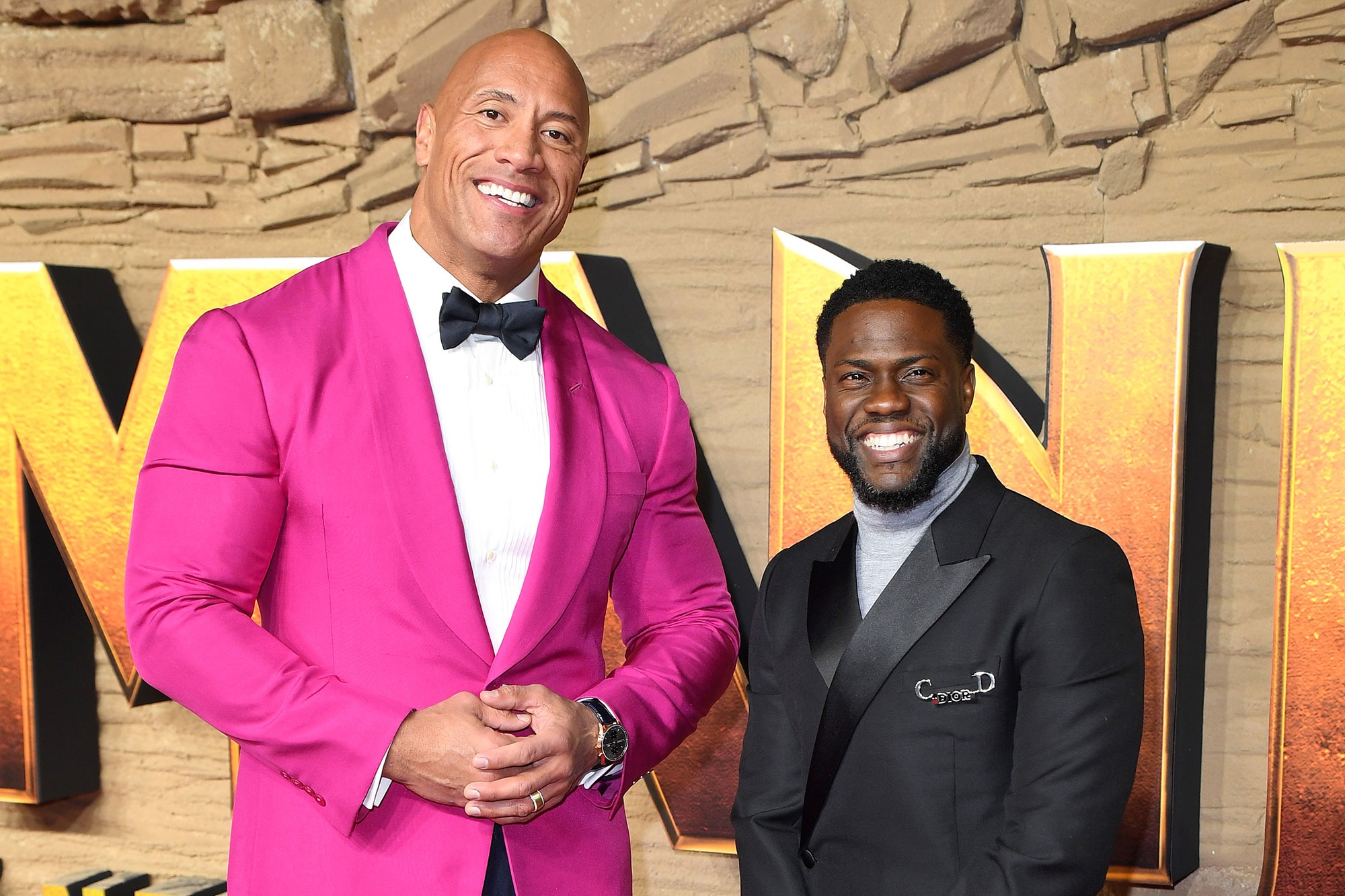 TikTok’s Tortilla Challenge slaps even harder when Kevin Hart and Dwayne “The Rock” Johnson are at the helm.

As part of the challenge, the Rock smelled what Kevin Hart was cooking… because Hart slapped him in the face with it.

In the video, shared to Johnson’s TikTok account, the actors appeared to be on set of a promo shoot for their upcoming animated movie “DC League of Super Pets”, in theatres July 29, but they seemingly took a break to complete the challenge.

For the unversed, this challenge is basically a TikTok trend that involves two individuals slapping each other across the face with a tortilla while trying not to spit out water from the mouth.

The winner gets to slap the loser across the face with a dry tortilla. The first person to spit loses the game.

In an almost three-minute clip, the Central Intelligence actor could be seen laughing his heart out to hit The Rock with giant flat bread.

@therock You can tell @imkevinhart has been waiting to slap the sh*t out of me with no consequences 👋🏾 😂😂 This was fun – our #dcsuperpets is IN THEATERS July 29th! #tortillachallenge ♬ original sound – The Rock

“You can tell @KevinHart4Real has been waiting for the day he can finally slap the sh*t out of me with no consequences,” The Rock wrote.

“This will be the funniest thing,” Hart chuckles at the start of the video. After winning the first round of Rock Paper Scissors, Hart scored the chance to slap Johnson with a limp tortilla and won a second time in a row, much to the towering actor’s chagrin.

Though Johnson never won a round of Rock Paper Scissors, he did manage to give Hart a hardy old slap with a tortilla after the comedian became too overwhelmed by the hilarity of the entire thing to hold in his mouthful of water.

“Go, go, go! Hurry up!” Hart squeals at the end of the video, begging his co-star to get the slap over.

In no time, the video received a lot of love from fans and garnered over 14 million views in less than 20 hours of posting.

One user wrote, “Funniest duo ever.”

“Gosh this was hilarious,” another said.

While the playful moment was fun to watch, a more epic showdown would have been between Johnson and Vin Diesel. Could you imagine a better way for the duo to settle their beef than by filling a tortilla with it and having a go???