Whether it’s Faye Dunaway pouring a cup of her own urine at Roman Polanski or Norman Mailer nearly biting Rip Torn’s ear off in an impromptu rage, directors and actresses getting into fights is nothing new. The heady art of filmmaking draws ambitious dreamers, which isn’t always an easy attribute to deal with.

Some performers have a reputation for being difficult on set, which may put strain on working relationships.

Julia Roberts worked with Spielberg in the 1991 picture Hook, in which she portrayed Tinkerbell. According to accounts at the time, Roberts was a difficult coworker who earned the moniker “TinkerHell.”

It should come as no surprise that the media blamed her for her feud with Steven Spielberg. Furthermore, shortly before the filming of Hook, Roberts ended her engagement to Kiefer Sutherland, and the public claimed she was distraught and took it out on Spielberg. 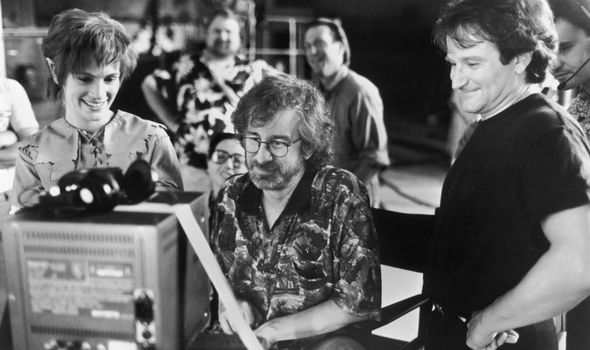 As it turned out, her asocial behavior caused so much havoc on set that Spielberg allegedly wanted to have the character replaced, which would have cost a pretty penny. Roberts would shut herself away in her trailer for hours at a time and would frequently be late when her fairy skills were required.

After the release of Indiana Jones and the Last Crusade, Spielberg had taken a little break from filmmaking. He recognized Roberts’ difficult situation and spoke about it in a 60 Minutes broadcast. Despite working with Roberts during an “unfortunate time,” Spielberg applauded her performance. But regardless of her impressive acting abilities, Spielberg claimed that he would never work with her again.

Roberts was clearly hurt by Spielberg’s remarks, and she acknowledged it in a Vanity Fair interview. Hearing Spielberg say that and filming a movie while going through a life event like that, she recalls, was “difficult.” Despite this, not everyone on set had an unfavorable opinion of Roberts. Dante Basco, who portrayed Rufio, the Lost Boys’ leader, noted that Roberts was “always sweet” to him. It’s unclear whether Roberts and Spielberg still have grudges against one other, but given how hurt Roberts was by Spielberg’s words, it’s probable they don’t get along.

Julia Roberts fought back on accusations that she misbehaved on the set of Hook during a Barbara Walters interview shortly after news of her and Steven Spielberg’s dispute broke. It’s also worth noting that Spielberg has later confessed that “making Hook” made him “feel like a fish out of water” since he “didn’t have confidence in the script.” Given Spielberg’s insecurity on Hook’s set and what Roberts was going through at the time, it seems likely that they were both to fault for their issues.

Ingrid Bergman refused to wear makeup in Casablanca
Why Marvel fired Edward Norton as the Hulk, replaced him with Mark Ruffalo