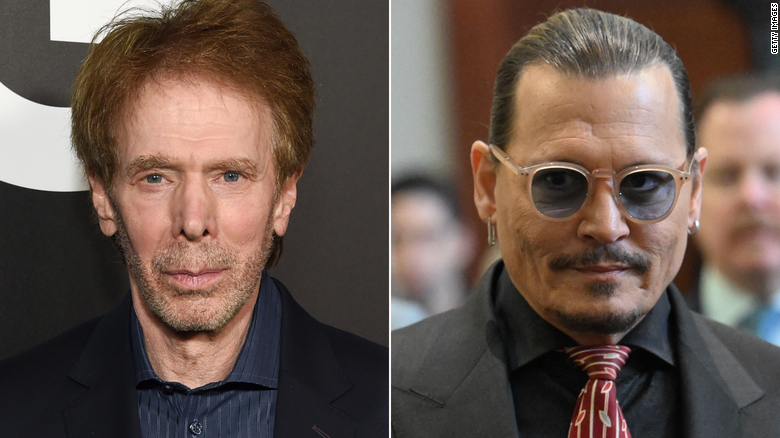 It’s been five years since Johnny Depp last played Jack Sparrow, and it appears the “Pirates of the Caribbean” franchise is moving on.

Producer Jerry Bruckheimer confirmed Depp’s absence from the upcoming picture in an interview with The Sunday Times. When asked if Depp would return for a sixth Pirates of the Caribbean film, Bruckheimer responded “at this point” it seems improbable.

“Not at this point,” Bruckheimer stated emphatically. “The future is yet to be decided.”

Depp has been the face of the Pirates franchise from its beginning, appearing in all five films as Captain Jack Sparrow.

The producer revealed that a sequel with a female lead is in the works.

He said, “We’re talking to Margot Robbie. We are developing two ‘Pirates’ scripts — one with her, one without.”

Robbie’s female-led pirate adventure picture was announced for 2020, with executive producer and main star Robbie collaborating on the script for “Pirates of the Caribbean 6” with Christina Hodson, who wrote “Birds of Prey.”

Johnny said that he will never reprise his role during his ongoing defamation trial with ex-wife Amber Heard, even if Disney offered him all the money “on this earth.”

“Right now, based on everything, if they came to me with $300 million and a million alpacas, nothing under this earth, on this earth would get me to go back and work with Disney on a Pirates of the Caribbean film,” he remarked at the time.

In court, Amber’s lawyer, Ben Rottenborn, stated: “The fact is, Mr. Depp, if Disney came to you with $300 million and a million alpacas, nothing on this earth would get you to go back and work with Disney on a Pirates of the Caribbean film? Correct?”

The 58-year-old actor recounted how he got into acting “There was a deep sense of feeling betrayed by the people that I’ve worked hard for. People that I delivered a character to that they initially despised, but I stuck to my guns with the character and it seemed to work.”

Pirates of the Caribbean: Dead Men Tell No Tales was the most recent Pirates film, released in 2017. We called the movie “okay”, saying it “manages to be less bloated, dreary, and meandering than the last three entries have been, but it still suffers from many of the same wearisome, dredged-up villains and ho-hum action and comedy that have bedeviled the franchise since its second installment.”

Depp is now suing his ex-wife, Amber Heard, for defamation over a Washington Post op-ed published in 2018. Heard described herself as a “public figure representing domestic abuse” in the essay. Despite the fact that Depp was not named in the piece, he alleges it cost him acting roles, including a possible role in the sixth “Pirates” film.