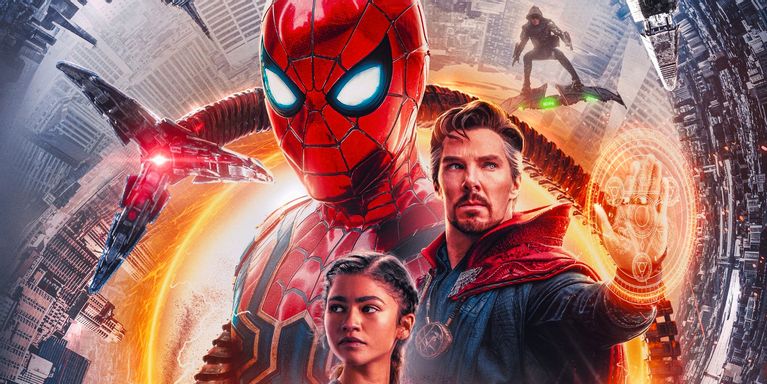 “Spider-Man: No Way Home” has already broken domestic box office records, and it’s now on track to do something no other picture has done in over two years: $1 billion in global ticket sales.

No Way Home surpassed the $600 million milestone at the box office, grossing $600.8 million worldwide. This was aided by an increase in overseas sales, which increased from $334 million to $340.8 million across 60 international countries and 38,900 locations. Furthermore, the picture is believed to have grossed $260 million in the United States.

Another of Sony’s comic book sequels, Venom: Let There Be Carnage, had the greatest domestic launch previously, with $90.03 million in its first weekend.

“Spider-Man: No Way Home” currently has the third largest worldwide opening and the second greatest domestic opening in box office history, surpassing “Avengers: Infinity War’s” $257 million domestic opening. Even if it doesn’t receive a release in China, it’s very certain to become the first film since the epidemic began to make more over $1 billion globally.

According to Comscore figures, the highest-grossing picture of the year at the moment is “The Battle of Lake Changjin,” a Chinese film that was released in November and has grossed $904.9 million worldwide. “Hi, Mom,” a Chinese picture that released in February, is in second place with $900.4 million in global ticket sales.

“I wouldn’t bet against Spider-Man and his ability to climb into the $1 billion box office club,” said Paul Dergarabedian, a senior media analyst at Comscore.

The picture has a 94 percent critic rating on Rotten Tomatoes and a pristine A+ from CinemaScore, so word of mouth will help it succeed in the future. Only a handful past MCU films have received the coveted A+ grade, including The Avengers, Black Panther, and Endgame. No Way Home, starring Tom Holland, Benedict Cumberbatch as Doctor Stranger, Zendaya as MJ, Jacob Batalon as Ned, and Marisa Tomei as Aunt May, has been a big hit thus far, bringing back fan favorites like Alfred Molina’s Doctor Octopus, Willem Dafoe’s Green Goblin, and Jamie Foxx’s Electro.