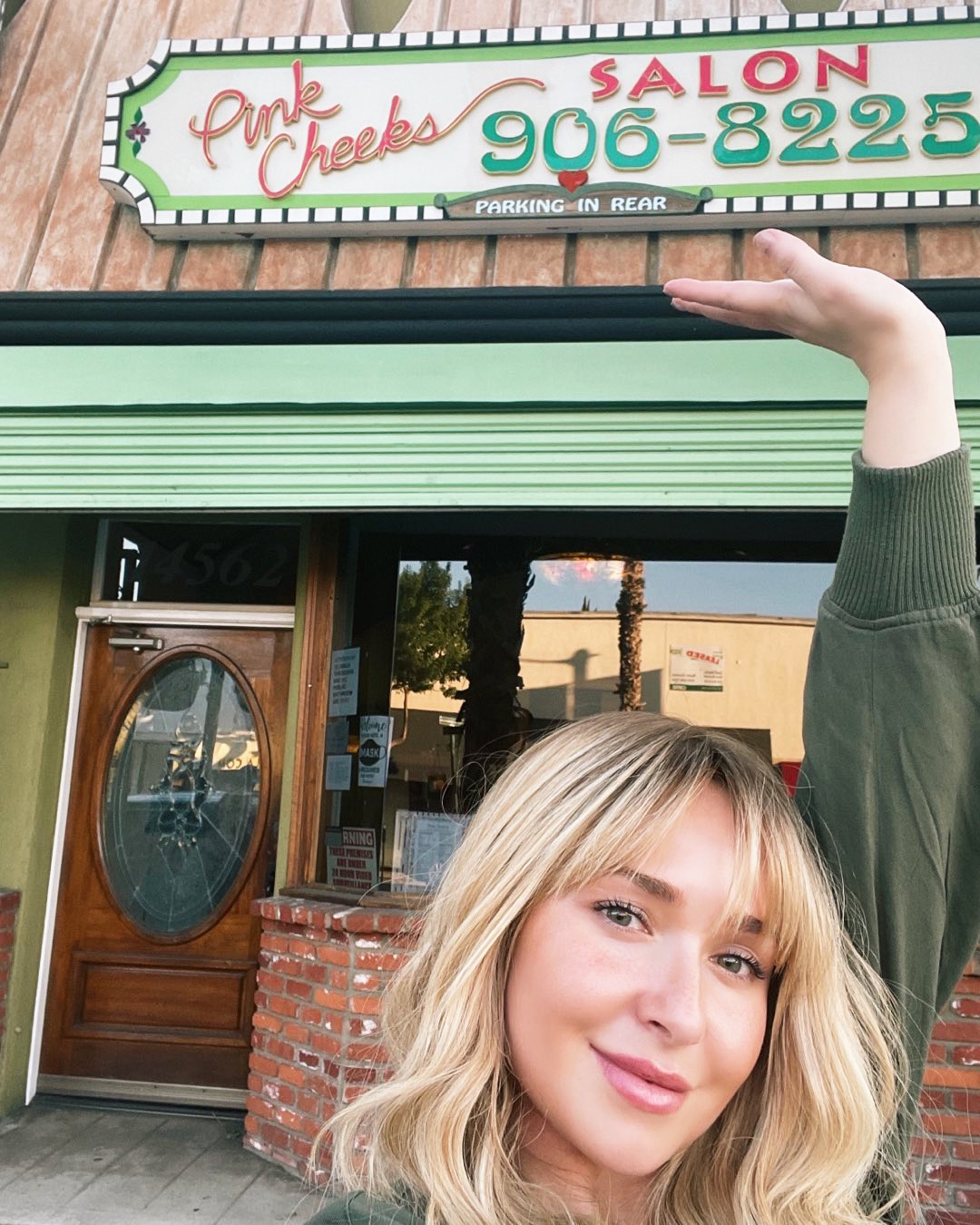 After an almost six-month hiatus, Hayden Panettiere has returned to Instagram.

Hayden Panettiere made a comeback to social media to flaunt her new hairstyle. The former Nashville actress, who last posted on Instagram in April, seized the opportunity to show off her new look.

Panettiere can be seen standing outside the salon with one arm lifted enthusiastically in the air, pointing to the establishment’s sign right over the entrance, in the picture.

“My go to place since I was a teenager!” Hayden commented beside the photo.

“Cindy’s the owner and my go to girl!

“Her girls and Cindy herself always make me feel fresh, new and beautiful every time I see them!

“They’re my secret weapon 🏵 #PinkCheeks #Cindy Check out what they have to offer ☺️🙌🏼.”

Her blonde locks were fashioned with huge bangs and a tiny part in the centre by the New York native.

In the comments, fans of the Heroes star praised her new look and hairstyle.

“You’re too cute! Miss seeing you on our screens!” said another fan in response to Savannah Chrisley. 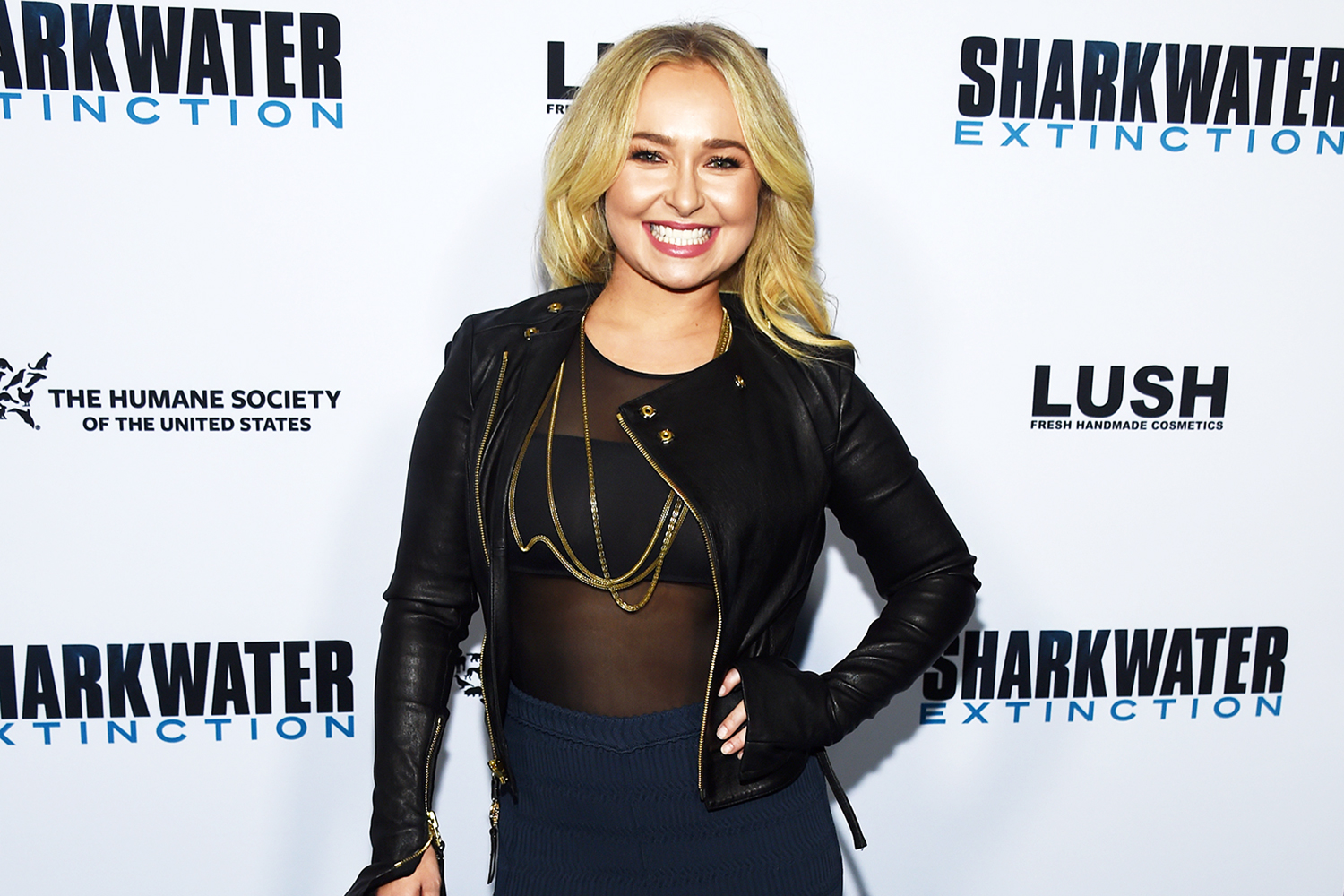 Other fans reacted to Panettiere’s return to social media as well.

“Welcome back to Instagram… we’ve missed you!” one user said. Another person playfully joked, “She remembered the password!”

It also follows a tumultuous few years in which she was embroiled in an abusive relationship with ex-boyfriend Brian Hickerson, who was arrested and charged with felony assault in July 2020.

Following news of Hickerson’s arrest, Panettiere issued a statement on Twitter about the alleged abuse she experienced throughout their year-and-a-half relationship.

The 30-year-old said, “I am coming forward with the truth about what happened to me with the hope that my story will empower others in abusive relationships to get the help they need and deserve. I am prepared to do my part to make sure this man never hurts anyone again.

“I’m grateful for my support system, which helped me find the courage to regain my voice and my life.”

“You are not alone,” Panettiere said, attaching an internet link and a phone number for an abuse hotline.

Hickerson was sentenced to 45 days in prison in April for hurting a spouse or girlfriend on two felony counts. In May, he reported to prison. Hickerson was also sentenced to four years of formal probation, 52 domestic violence seminars, and $500 in reparations in addition to his prison term.

After Hickerson did time in prison for a domestic violence case involving Panettiere, the two were seen spending time together in July.

Hickerson was “in intensive therapy treatment,” a source told PEOPLE at the time.

“Hayden won’t forget what he did but she wants to forgive and move on,” the source said. “Hayden is sober and doing very well.”

That “friendship” is still going strong. Panettiere and Hickerson were photographed together two more times in September by paparazzi. Despite the tabloid OK! saying they seemed to be on a “cozy dinner date” one of those evenings, Hickerson denied they are back together (telling a paparazzo, “absolutely not”).