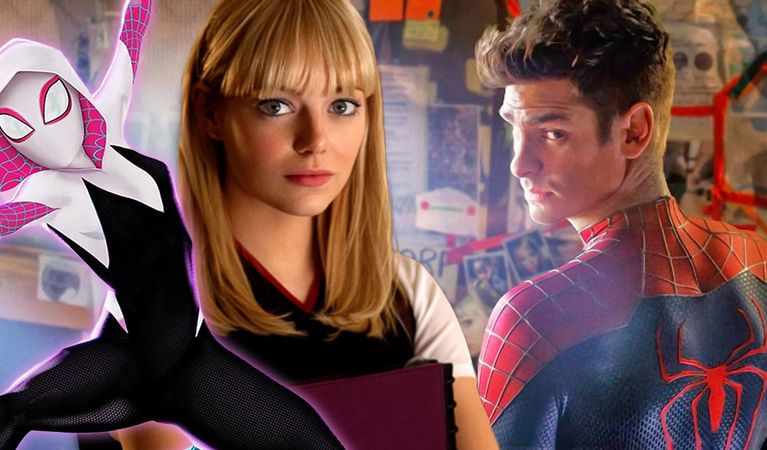 Emma Stone may reprise her role as Gwen Stacy in the Spider-Verse if Sony gets its way. But this time, she’ll be suited up.

Sony Pictures is working on a Spider-Gwen movie and wants Stone to return, according to @MyTimetoShineH on Twitter. @EdwinSRP, who has published several similar rumors since the publication of No Way Home, originally revealed the rumor. @MyTimetoShineH, who has a strong track record when it comes to leaks, echoed the rumor. Gwen Stacy was played by Emma Stone in the 2012 film The Amazing Spider-Man and its 2014 sequel. Her collaboration with Andrew Garfield, the principal actor, got a lot of appreciation. Many fans have been hoping to see her return to the part in some capacity, and No Way Home may have provided that opportunity.

She was originally created by Jack Kirby and Stan Lee in 1965’s The Amazing Spider-Man #31, and she has been an important part of Spider-Man’s life for a long time. She has been one of Peter Parker’s numerous love interests throughout the years, and her tragic murder at the hands of the Green Goblin is one of comic book history’s most poignant moments. The Amazing Spider-Man 2’s conclusion featured a version of the occurrence, which became a key plot point in No Way Home.

Yes, Emma Stone returns, which is a major concern given that Gwen Stacy died at the end of The Amazing Spider-Man 2. The only explanation is that it will be a version from another universe. Because the actress is 33 now and the role is often represented as younger, the screenplay would need to be somewhat changed, but not much. Sony can now rely on a fan service formula: listen to your customers and compensate them. Spider-gwen would fit both the desire and the mores of today, after all, the Sony universe Spider-Verse still has no prominent female in its ranks as the hour or a location for The Amazing Spider-Man 3 grows more and more free and where the demand from fans is felt.

It should be noted, however, that the rumor does not state that Stone has been offered the job, so it isn’t yet confirmed, and there’s a potential she won’t play Spider-Gwen at all. She’s also busy right now, having been involved in a slew of projects since winning an Oscar a few years ago, and there’s a chance she’ll reject down the part if it’s offered to her.

Spider-Gwen will return for Across the Spider-Verse, and Sony is allegedly developing a spinoff with Jessica Drew and Silk starring her. Although news of the Silk series hasn’t surfaced since this summer, the former character is also receiving a TV program. Still, it’s easy to see Sony wanting to put more money into the Spider-Man characters they control, and Spider-Gwen has already proven to be a huge hit across several platforms.