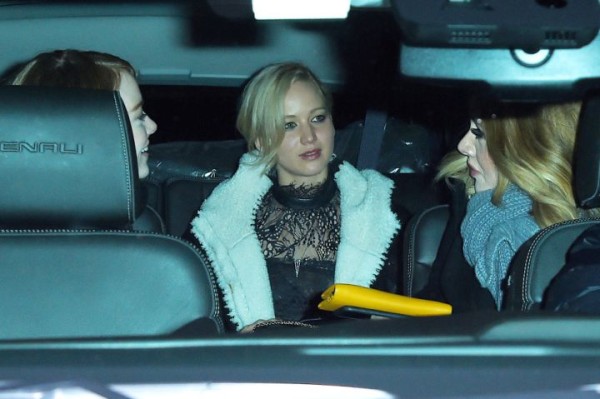 Jennifer Lawrence, a serial puker, has a new story about her big-time vomiting habits. J.Law admits she doesn’t stay out late because she’s a “nana” in Harper Bazaar’s May 2016 cover story. “It’s hard to get me out, and when I do go out I don’t really stay out late. If I do stay out late and I’m partying hard, I will throw up. I don’t have the tolerance to black out; I just start puking.”

When it comes to booze, Lawrence is a complete novice.

Jennifer Lawrence, Emma Stone, Woody Harrelson, and pretty much every other celebrity in Los Angeles attended Adele’s concert in February. We couldn’t tell how the A-list spent their evening in the crowd because there were no images, but we’re guessing they were sobbing during “Someone Like You,” as is everyone’s Adele-listening birthright. Lawrence, in a recent interview, kindly peels down the veil separating us from Hollywood’s elite, detailing how that night ended.

J.Law was photographed dancing the night away with Tom Hanks, Orlando Bloom, and Katy Perry, among others.

She claims she was embarrassed when she became so inebriated in front of her BFF Emma Stone that the actress had to help her. 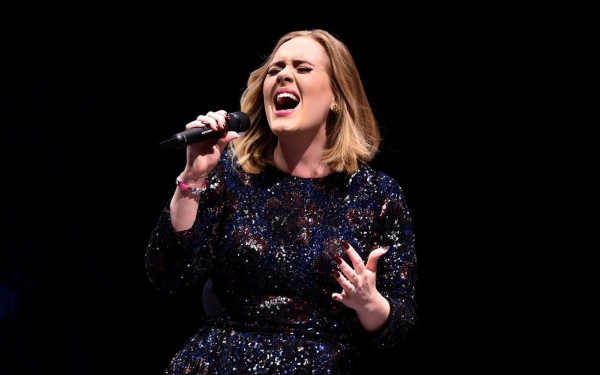 Jen ended up throwing up after watching her friend Adele in concert (Picture: Getty Images)

“She just started rubbing my back. She was really sweet. I was like, ‘Get out of here. It’s so gross.’” Jennifer exclaimed.

Emma isn’t the only celebrity who has seen Jennifer puke after a crazy night out. She also said that her Hunger Games co-star Woody Harrelson was present at another time.

She told the magazine: “Woody cut his foot. He stayed over in one of my guest bedrooms, but that’s where I started puking. I broke a candle because I can’t just puke like a normal person – I flay my arms everywhere. And I didn’t clean it up because I’m an asshole. The next day he cut his foot open. I was like, ‘Fuck, am I going to get sued?’ And he’s like, ‘Are you going to ask if I’m okay?’ That night got crazy.”

The actress claims she is so awful at drinking that she has coined the phrase “mis-drinking” to characterize such occasions. Mixing ‘time with Woody’ [insert wink] with time at the bar.”

Jen tells the magazine that people shouldn’t be afraid to use the word “feminism” since “it just means equality.” “You don’t have to take away the wonderful traits that come with being a woman: we are sensitive,” J.Law explains. “We are pleasers. We’re empathetic. All those things that can keep you from asking for what you want or making mistakes.”

The actress also talks about her platonic Valentine’s Day date in Brooklyn with buddy Aziz Ansari. “It was the one night I could see Aziz. For Valentine’s he got me a stuffed animal, and I got him a That’s So Raven Valentine’s Day card,” she says.