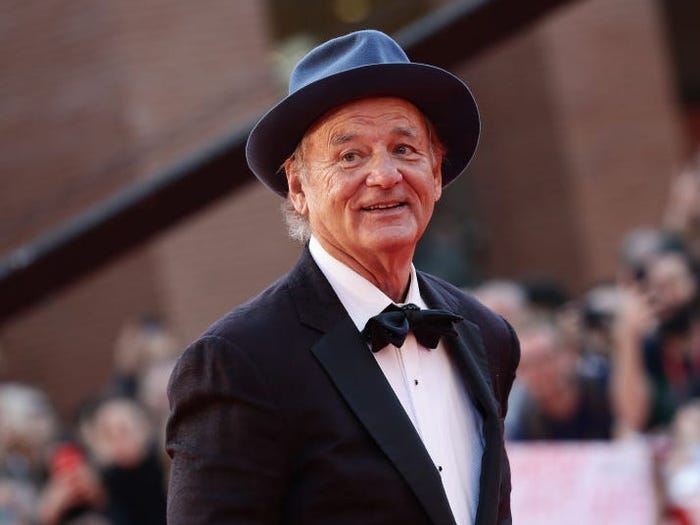 Bill Murray has addressed allegations of misconduct on the set of Aziz Ansari’s new film, “Being Mortal.”

In an interview with CNBC’s Becky Quick, Murray claimed that the suspension of the film was due to a “difference of opinion” with a woman he was working with.

He admitted to doing something that he thought was funny, but was not taken that way.

Murray, 71, did not reveal the identity of the other person, but said that they are “trying to make peace with each other” following the incident.

He added that he wants to be able to “trust each other and work at the work that we’ve both spent a lot of time developing the skill of.”

The film has been suspended indefinitely while an investigation into Murray’s actions on set takes place.

Last month, a source told Page Six that “Being Mortal” was shut down after Murray was allegedly “touchy” with the women on set.

“He was very hands-on touchy, not in any personal areas, but put an arm around a woman, touched her hair, pulled her ponytail — but always in a comedic way,” the source claimed.

The source went on to say that Murray’s conduct was not illegal, but some women felt uncomfortable and he “crossed a line.”

A second source, who noted that Murray “loves women and loves to flirt,” told Page Six that it was not clear whether he “crossed a line” with his behavior.

Despite the allegations, Murray maintains that the suspension of the film was due to a difference of opinion, and not because of any inappropriate behavior.

In his interview with CNBC, he said, “I had a difference of opinion with a woman I’m working with. I did something I thought was funny, and it wasn’t taken that way.”

He added, “I’ve been doing not much else but thinking about it for the last week or two … you know, the world’s different than it was when I was a little kid. What I always thought was funny as a little kid isn’t necessarily the same as what’s funny now. Things change and the time’s changed. So, it’s important for me to figure it out.”

Murray also admitted that the situation has “been quite an education” for him. “I think it’s a sad dog that can’t learn anymore,” he said.

“That’s a really sad puppy that can’t learn anymore. I don’t want to be that sad dog and I have no intention of it.”

Page Six has reached out to Fox Searchlight for comment, but has not yet received a response. Lawyers for Murray also did not respond to inquiries from the outlet.

A spokesperson for “Being Mortal” declined to comment at the time of the original report.

The film, “Being Mortal,” is based on the bestselling book of the same name by Atul Gawande. It explores the relationships between doctors and their patients as they near the end of their lives.

The film was set to star Ansari, Murray, and Zoe Kazan, but production has been suspended indefinitely due to the allegations against Murray. It is unclear when, or if, the film will resume production.