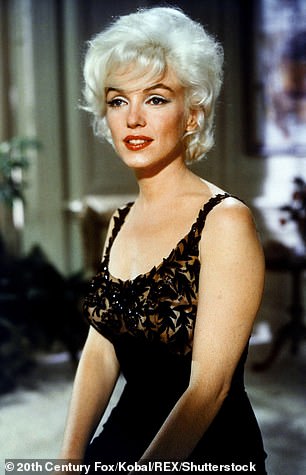 Blonde beauty Marilyn Monroe passed away on August 4, 1962 at age 36. According to her autopsy report, which was published by the Los Angeles Times, she accidentally overdosed. There was no evidence to support the allegation that the young actress may have killed herself, despite some people’s suspicions. The arrangements for Monroe’s burial were organized by her ex-husband Joe DiMaggio with assistance from the actress’ manager and half-sister.

At the Westwood Village Mortuary Chapel, which is located on the grounds of the Westwood Memorial Cemetery, Monroe’s funeral was held on August 8, 1962, at 1:00 p.m. Reverend A. J. Soldan, a Lutheran clergyman from the Village Church of Westwood, led a very private service. Psalm 23, chapter 14 of the Book of John, and passages from Psalms 46 and 139 were read aloud. They also read the Lord’s Prayer. The solemn event kicked off with Tchaikovsky’s Sixth Symphony and featured “Over the Rainbow” by Judy Garland at Marilyn’s request. DiMaggio’s initial choice, Carl Sandburg, was compelled to refuse due to illness, thus Lee Strasber was obliged to step in. 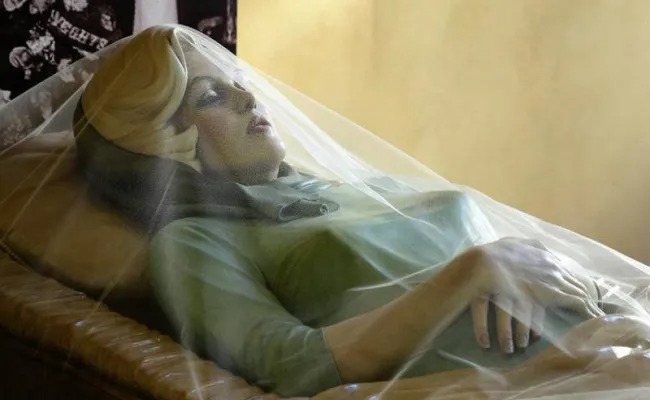 Before the funeral, Eunice Murray, Marilyn Monroe’s governess, assisted with the arrangements. Murray chronicled the days before Monroe’s funeral in a book she published titled “Marilyn: The Final Months.” Berniece Miracle, the actress’s half-sister, was charged with picking Monroe’s outfit (via The Marilyn Monroe Collection). Since blue was her favorite color, Miracle asked Murray where her sister’s blue gowns were. Murray said that she didn’t have any since Monroe hadn’t been wearing blue recently.

“Perhaps Mrs. Murray would show us her favorite dress,”  said Inez Melson, the executrix of the estate. The light green Pucci was taken off the rack by Eunice as she moved ahead. She could still see Marilyn looking stunning in the outfit at the Mexico City press appearance. “You should see it on a hanger,”  Marilyn joked to reporters in reference to the outfit. 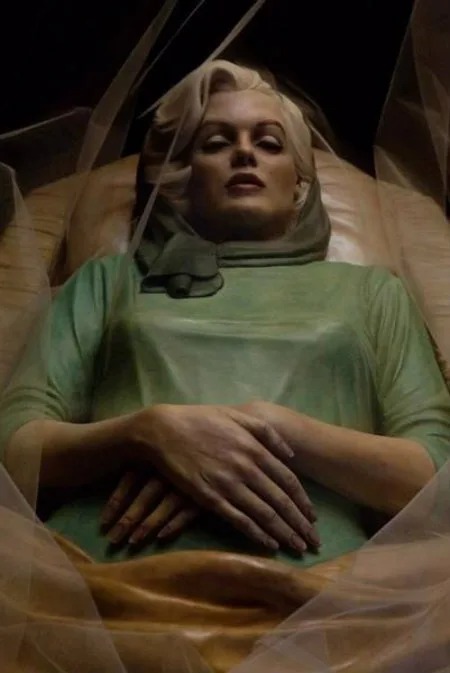 Now when it was hanging, its lines were straight up and down and it had no shape. The curves of Marilyn’s previous outfit would come from her own figure.

The dress was placed on the queen-sized bed for the others to see . Eunice was on one side of Mrs. Miracle and Mrs. Melson as they remained seated at the foot of the bed, respectively. The outfit was authorized by Mrs. Miracle. She gave Mrs. Melson the item.  “This will do,” she replied.

The garment has a light green color and was created by Italian fashion designer Emilio Pucci. She had a shawl over her neck as well. Allan “Whitey” Snyder, Monroe’s personal makeup artist, applied her makeup; he had jokingly vowed to do so years before Monroe’s death, according to QCC. The two were conversing in the early 1950s when Monroe said to Snyder, “Promise me if something happens to me, please never let anybody touch my face but you. Promise me you’ll do my makeup, so I’ll look my best.”

Agnes Flanagan, who was preparing Marilyn’s hair that day, was forced to wear a wig identical to the one she wore in her botched last photo, “Something’s Got to Give,” due to the damage caused by the autopsy. A bouquet of pink teacup roses that DiMaggio, who had kept watch the previous night, had given her, was in her hands.

Along with Allen Abbott, Sidney Guilaroff, Ronald Hast, Leonard Krisminsky, and Clarence Pierce, Synder served as one of her pallbearers.

The eulogy delivered by Lee Strasberg is as follows:

“Marilyn Monroe was a legend. In her own lifetime she created a myth of what a poor girl from a deprived background could attain. For the entire world she became a symbol of the eternal feminine. But I have no words to describe the myth and the legend. I did not know this Marilyn Monroe. We gathered here today, knew only Marilyn – a warm human being, impulsive and shy, sensitive and in fear of rejection, yet ever avid for life and reaching out for fulfillment. I will not insult the privacy of your memory of her – a privacy she sought and treasured – by trying to describe her whom you knew to you who knew her. In our memories of her she reamins alive, not only a shadow on the screen or a glamorous personality. For us Marilyn was a devoted and loyal friend, a colleague constantly reaching for perfection. We shared her pain and difficulties and some of her joys. She was a member of our family. It is difficult to accept the fact that her zest for life has been ended by this dreadful accident. Despite the heights and brillance she attained on the screen, she was planning for the future; she was looking forward to participating in the many exciting things which she planned. In her eyes and in mine her career was just beginning. The dream of her talent, which she had nurtured as a child, was not a mirage. When she first came to me I was amazed at the startling sensitivity which she possessed and which had remained fresh and undimmed, struggling to express itself despite the life to which she had been subjected. Others were as physically beautiful as she was, but there was obviously something more in her, something that people saw and recognized in her performances and with which they identified. She had a luminous quality – a combination of wistfulness, radiance, yearning – to set her apart and yet make everyone wish to be a part of it, to share in the childish naivete which was so shy and yet so vibrant. This quality was even more evident when she was in the stage. I am truly sorry that the public who loved her did not have the opportunity to see her as we did, in many of the roles that foreshadowed what she would have become. Without a doubt she would have been one of the really great actresses of the stage. Now it is at an end. I hope her death will stir sympathy and understanding for a sensitive artist and a woman who brought joy and pleasure to the world.”

“I cannot say goodbye. Marilyn never liked goodbyes, but in the peculiar way she had of turning things around so that they faced reality – I will say au revoir. For the country to which she has gone, we must all someday visit.”