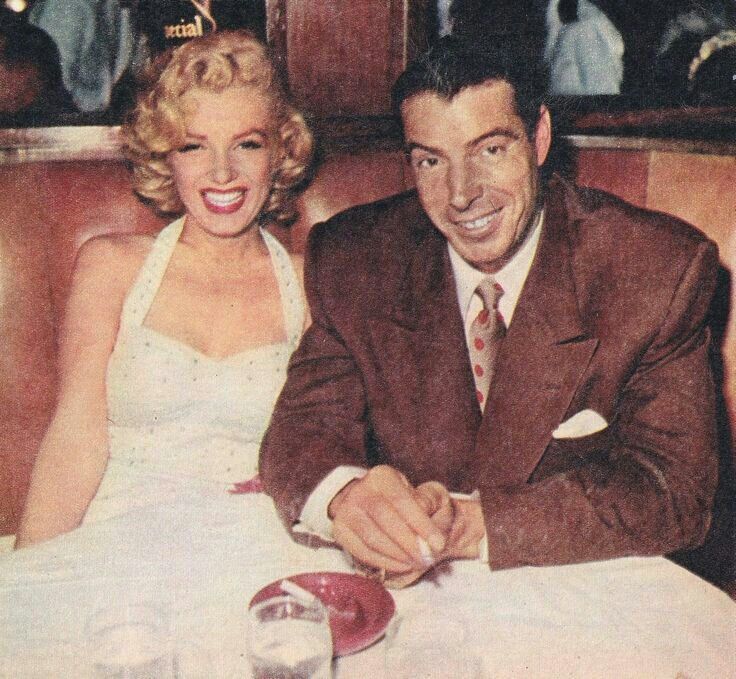 In the fall of 1954, Joe DiMaggio was left devastated after Marilyn Monroe filed for divorce. Seeking support, he turned to Frank Sinatra, who had recently gone through a similar situation with his ex-wife, Ava Gardner.

Both men were American icons of Italian descent with connections to the mob and had been publicly humiliated by their high-profile wives.

Sinatra offered to hire a private investigator to track Monroe, and DiMaggio agreed. He had Monroe’s phone bugged and would wait in the lobby of her hotel, wearing a fake beard and holding a newspaper over his face, in hopes of catching a glimpse of her.

One night, after drinking heavily, Sinatra and DiMaggio, along with five other men, went to West Hollywood to confront Monroe and her voice coach, Hal Schaefer. DiMaggio was reportedly furious and even Sinatra was alarmed by his anger. They ended up breaking down the door of a 50-year-old woman named Florence Katz, who screamed and called the police.

The incident was not included in the official report, but it was later revealed by the Hollywood tabloid Confidential, which dubbed it “The Wrong Door Raid.” DiMaggio always denied any involvement in the incident.

DiMaggio and Monroe first met in 1952, when DiMaggio was 37 and Monroe was 25. Despite their tumultuous and short-lived marriage, they remained close for the rest of their lives.

In the book “Joe and Marilyn: Legends in Love” by C. David Heymann, the complicated bond between these two troubled superstars is explored.

Monroe grew up without a father and with a mentally ill mother, and was molested by a foster father at age 11. She struggled with mental health issues and addiction throughout her life.

DiMaggio, who was raised in San Francisco, had a troubled first marriage and neglected his son, Joe Jr.

Despite their issues, DiMaggio was obsessed with Monroe and wanted her to quit being a movie star and conform to his expectations.

Monroe, on the other hand, found him controlling and was frustrated by his lack of emotional depth.

DiMaggio was reportedly protective of Monroe and concerned about her well-being. He would often visit her on movie sets and offer advice and support.

Monroe struggled with mental health issues and addiction and had a series of tumultuous relationships. She was found dead in her home on August 5, 1962, at the age of 36, from an apparent overdose of barbiturates.

DiMaggio was deeply affected by Monroe’s death and blamed himself for not being able to protect her. He arranged for her funeral and had a half-dozen red roses delivered to her grave three times a week for the rest of his life.

He never remarried and lived a relatively private life, rarely giving interviews or discussing his relationship with Monroe.

For the rest of his life, Marilyn Monroe was his singular obsession. He dated girls who looked like her, and in one of the book’s more outrageous claims, DiMaggio spent $10,000 on a life-size sex doll made in Monroe’s image. One year after Monroe filed for divorce, he showed it to a stewardess he was seeing. 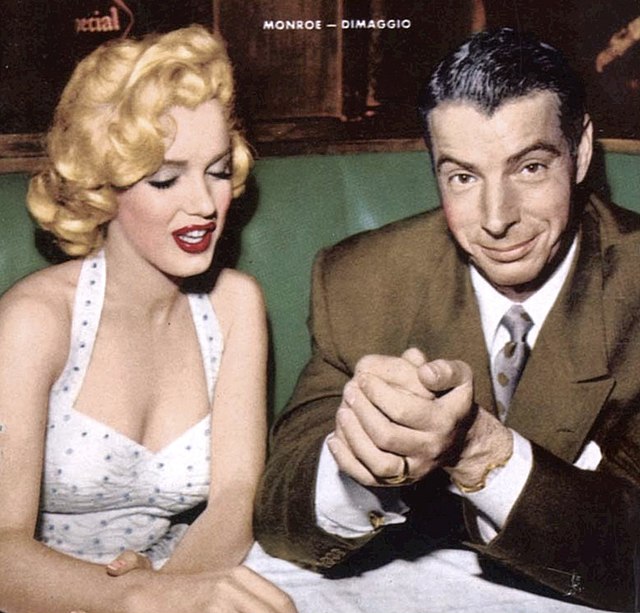 “She’s Marilyn the Magnificent,” DiMaggio said. “She can do anything Marilyn can do, except talk.”

The story of DiMaggio and Monroe’s relationship is one of love, obsession, and tragedy. Their love may have been twisted, but it was also enduring.

The relationship between DiMaggio and Monroe is a subject of fascination for many people. It was the subject of countless books, articles, and movies, and continues to be a popular topic of discussion and speculation.

Many people have speculated about what went wrong in their relationship and why it ended so abruptly. Some have blamed DiMaggio’s possessiveness and jealousy, while others have pointed to Monroe’s mental health issues and addiction.

DiMaggio continued to visit Monroe on movie sets and offer her support, and she depended on him for emotional and financial support even after they split. Their relationship may have been troubled, but it was also enduring. To this day, their love story continues to captivate and intrigue people around the world.

DiMaggio and Monroe’s relationship was not without its share of controversy. There were rumors of infidelity and arguments, and their marriage was often described as tumultuous.

Monroe was found dead in her home on August 5, 1962, at the age of 36, from an apparent overdose of barbiturates. DiMaggio arranged for her funeral and had a half-dozen red roses delivered to her grave three times a week for the rest of his life.