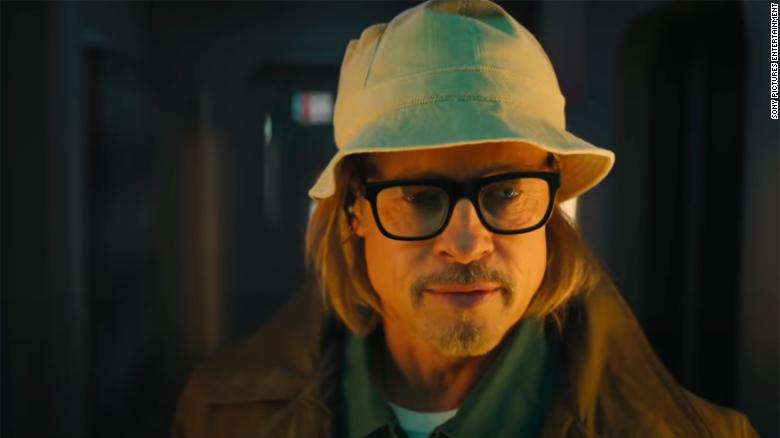 The new film, directed by John Wick co-director David Leitch — who used to be Pitt’s personal stunt double — stars an all-star ensemble of characters who all want to assassinate the Oscar winner.

The forthcoming film is based on a best-selling thriller. The original book Maria Beetle was written by Japanese author Kotaro Isaka, and it was then translated into English as Bullet Train. Assassins Kimura, the Prince, Ladybug, and the deadly combo Tangerine and Lemon board a train from Tokyo to Morioka in this chapter. While they may seem to be there for distinct reasons at first, they quickly discover that their objectives have more in common than they believed.

Several assassins onboard a non-stop bullet train in Japan are shown in the trailer, and they are all seeking for the same briefcase. The assassins are unaware that their missions are intertwined, resulting in mayhem. Brad Pitt’s character is revealed to be a retired assassin who has returned for one more mission.

Michael Shannon, Sandra Bullock, Aaron Taylor-Johnson, Zazie Beetz, Hiroyuki Sanada, and others will join Pitt on the perilous railway, making Bullet Train one of the most anticipated new films of the year.

Pitt plays as a trained assassin who doesn’t want to be “that guy” any longer, which is in sharp contrast to the nature of his profession, which is backed by a script by Zak Olkewicz.

The teaser, set to the song “Stayin’ Alive,” depicts several conflicts amongst the villains while the train travels at fast speeds.

Lady Gaga was cast in the part of Sandra Bullock, however she declined due to schedule difficulties with House of Gucci.

On July 15, Deadpool 2 and Atomic Blonde director David Leitch – who made his directorial debut with John Wick (despite not being credited with co-director Chad Stahelski) – will release Bullet Train in cinemas.

In an interview with Entertainment Weekly, Koji foreshadowed the upcoming on-screen intensity. “The one thing that I can say, you’re going to see Brad Pitt do something, a kind of performance, that I’ve never seen him do,” the actor remarked. “I just remember going, ‘Wow! He’s done it. I had no idea he was going to do that with this and take it in that way.'”

Brad Pitt apparently went full method for his act in Bullet Train, having learnt a thing or two from his Oscar-winning role as stuntman Cliff Booth in Quentin Tarantino’s Once Upon a Time in Hollywood.

According to Vulture, the 58-year-old actor did 95 percent of his own stunts while filming the film, illustrating that Tom Cruise isn’t the only action hero willing to jump off a cliff if asked to.