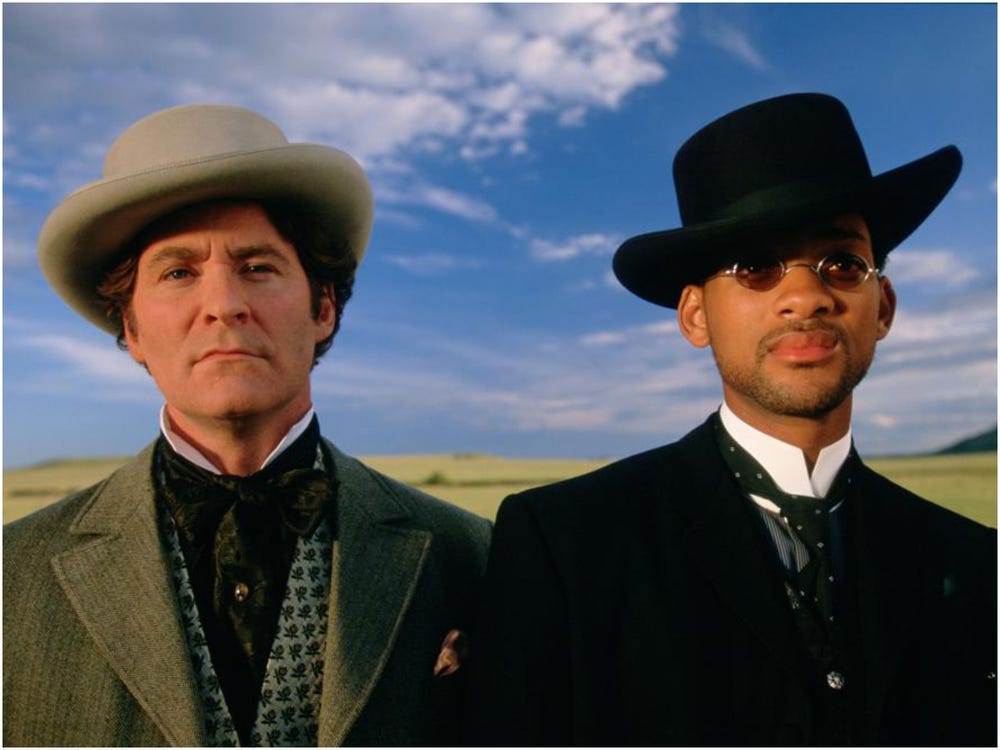 Will Smith reflects on what he considers to be his worst film.

Will Smith recently went undercover with GQ on the internet to answer fan questions, and curious people wanted to know what his best and worst films were.

Both queries were simple for the Oscar-nominated actor to respond.

Smith explained, “For the best, I think it’s a tie between the first Men in Black and Pursuit of Happyness. For different reasons, those are the two almost-perfect movies.”

The film he believes to be his worst is Wild Wild West.

“I don’t know, Wild Wild West is a thorn in my side. To see myself in chaps… I don’t like it.”

Smith and Kevin Kline feature as two special agents entrusted with protecting the United States from the schemes of a meglomaniac, wheelchair-bound steampunk scientist (Kenneth Branagh) who wanders the wild west frontiers in a huge robotic spider. In this genre-bending comedy, Kline also plays US President Ulysses S. Grant. The picture, which also stars Salma Hayek, has been dubbed a “comedy dead zone” by critics.

Smith said “You stare in disbelief as scenes flop and die. The movie is all concept and no content; the elaborate special effects are like watching money burn on the screen.”

Smith was offered the character of Neo in The Matrix about the same time he decided to film Wild Wild West in 1999. Smith declined the role in the picture, which went on to become a huge blockbuster, in order to work on the steampunk Western action comedy.

Will Smith stated that when Lana and Lilly Wachowski, the authors and filmmakers, approached him, he was unimpressed and opted to work on Wild Wild West instead.

Smith went on to say that it’s all for the best, praising the performances of Matrix actors Keanu Reeves and Laurence Fishburne.

“I’m not proud of it,” Smith said of passing on the film. “But… Keanu [Reeves] was perfect. Laurence Fishburne was perfect.”

“So I probably would have messed The Matrix up. I would have ruined it, so I did y’all a favor,” Smith joked at the time.

Returning to The Pursuit of Happyness, Smith responded to a question about how he could have been overlooked for the best actor Oscar that year.

While Will Smith has managed to redeem himself several times in the two decades after Wild Wild West tainted his string of 1990s successes, it is evident that the film’s failure still haunts him.