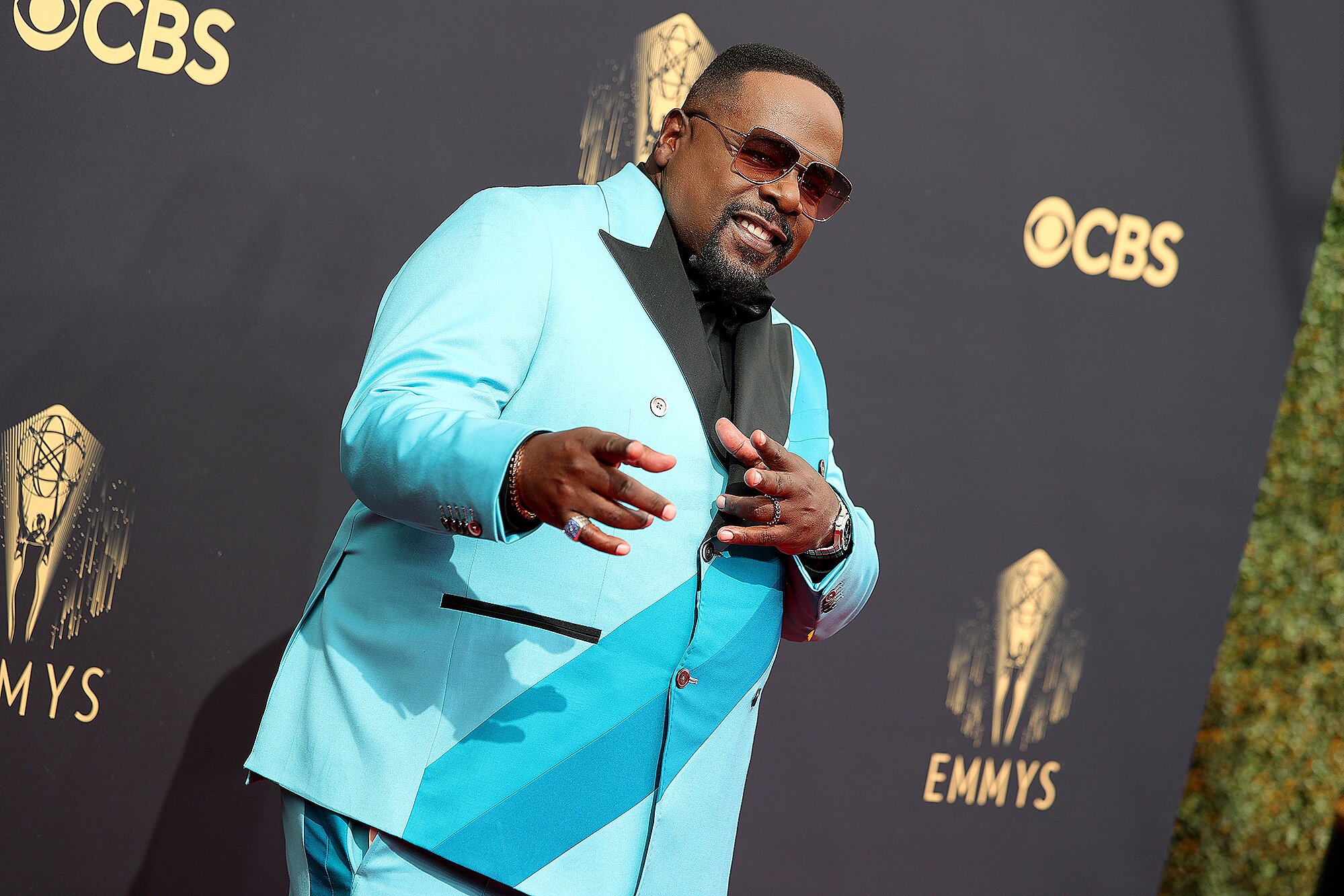 The 73rd Primetime Emmy Awards are being hosted by Cedric the Entertainer for the first time.

He opened the 2021 Emmy Awards with a nostalgic feel, referencing this year’s nominations with Biz Markie’s classic “Just a Friend,” blending in references to nominated programs Ted Lasso and The Crown with rapping aid from LL Cool J, Lil Dicky, and, maybe most shockingly, Rita Wilson.

Each of them wrote a lyric that poked fun of television during the pandemic era while also celebrating it. The night got off to a loose start, with the crowd dancing and swaying at their tables.

“I watch you so much I forgot how to read,” Cedric the Entertainer joked, as audience members whipped out microphones and sang along to “TV, you got what I need.”

He began by reminiscing about some of his favorite television moments.

“You know why I wanted to host the Emmys? Because it gives me a chance to thank TV for all that it’s meant to me,” he said in a pre-recorded video. “We all have our favorite shows from growing up but my favorite TV memory is sitting with my grandmother watching our programs together. And tonight, it isn’t about just about the very best of this past year, it’s all about the things that we love about television.”

“Now some of ya’ll thought this celebration would be more subdued, kind of like an Emmys light, but, that’s not the way this host treats his best friend.”

As the segment finished, Cedric the Entertainer said, “RIP Biz Markie!” Biz Markie died in July at the age of 57.

Seth Rogen, the evening’s first presenter, addressed the elephant in the room: assembling for such an event in the midst of an ongoing pandemic. “Let me start by saying: There is way too many of us in this little room,” he said. “What are we doing? They said this was outdoors. It’s not! They lied to us.” After pointing out the roof over everyone’s heads, he cracked, “It’s more important that we have three chandeliers than that we make sure we don’t kill Eugene Levy tonight. That is what has been decided. This is insane.”

The Emmys are being held in person for the first time since the coronavirus outbreak, however some parts of the event will be virtual owing to capacity constraints.

Later in his speech, Cedric mentioned that he needed to be vaccinated in order to attend the event.

Cedric joked, “I did not have a reaction like Nicki Minaj’s cousin’s friend, okay.”

“I got Pfizer, you know what I’m saying? Because I’m bougie, alright? Pfizer, that’s the Neiman Marcus of vaccines, you know what I mean? Moderna, that’s Macy’s and then Johnson and Johnson, that’s TJ Maxx of course.”

Cedric then went on to mention the continuing turmoil surrounding the Jeopardy! host hunt. “Lock the doors, we’re not leaving till we find a new host for Jeopardy!“

He also took a moment to applaud the number of black nominees, praising seven-time nominee Anthony Anderson in particular, though he added that “it’s still hard out here for a pimp,” given that Anderson is up against Jason Sudeikis, who is a strong favorite to win Best Actor in a Comedy for Ted Lasso.

The TV Academy has limited attendance to 600 people this year, and all visitors must have a negative COVID-19 test taken 48 hours before the ceremony and show confirmation of vaccination.

Cedric also talked about the challenges that come with hosting the Emmys.

“It comes with a lot of pressure being Black hosting a job like this. Because my people they expect that I can just give an award to anybody,” he said. “Black people are like ‘Yo Ced, come on man, you got to give Martin Lawrence an Emmy. And not just Martin, see, you got to give Sheneneh one too.’ I’m like, ‘That’s the same person dog.’ Jimmy Kimmel don’t have that problem.”

He also highlighted The Crown, which has received several nominations. He remarked, “As great as The Crown is, it pales in comparison to the real monarchy.” Cedric joked about Meghan Markle’s “hold” on Prince Harry: “He renounced his throne quicker than Eddie Murphy did in Coming to America.”

This year’s ceremony had a record number of nominations for a new comedy TV series, with Lasso receiving 20 nods, including Outstanding Comedy Series, as well as acting, writing, directing, sound editing, and theme music, among other categories.

Last week’s MTV Video Music Awards and the delayed Met Gala kicked off a new wave of face-to-face events, and today’s ceremony is the latest in a long series of events that demonstrate how show industry is moving on from the epidemic.

Cedric recently discussed his excitement about hosting the show for the first time and the plans he has in mind to make it a memorable evening.

“We wanted to do something that reminded viewers of the big shows,” he told PEOPLE. “Two of my favorite Emmy hosts are Billy Crystal and Martin Short. We didn’t want to go Broadway with it, but we do want to do something similar to that. So we got a big, fun number to open up and show that’s got some sketches.”

Later in the show, there was a video short featuring a support group for those who have not won an Emmy. Jason Alexander, who played George Costanza on Seinfeld, was one of the circle’s participants, noting that he had been nominated seven times in a row. “I lost all seven times,” the actor stated, adding that he has been in the industry for 47 years.

Another member of the support group, Zooey Deschanel, said, “My generation isn’t into awards… but also, where is my Emmy?”

The 2021 ceremony will follow a ceremony in 2020 that was dominated by Schitt’s Creek, which became the first program to win all four acting categories in its genre, as well as writing, directing, and Outstanding Comedy Series.