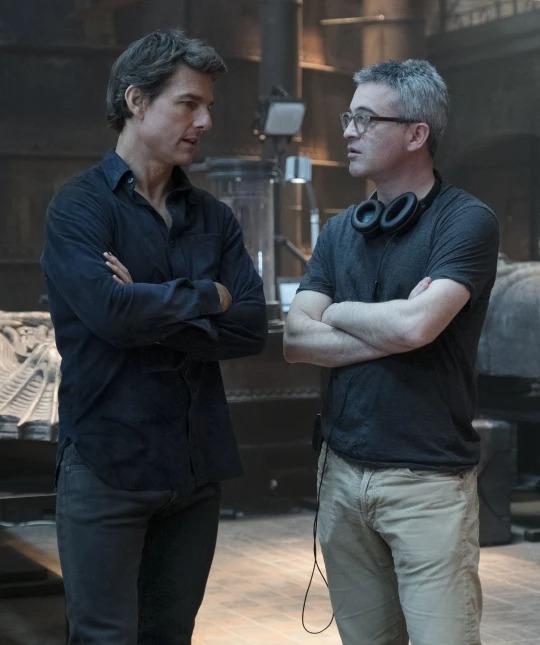 Despite the fact that the process benefited him as a filmmaker, The Mummy reboot director Alex Kurtzman called the 2017 Tom Cruise-starring movie “probably the biggest failure” of his life.

It was a critical and financial failure despite its initial plans to be a part of a shared “Dark Universe” of movies centered on different Classic Universal Monsters characters.

“The Mummy” received a universally negative reception from critics and only made $410 million worldwide, effectively ending the studio’s hopes for a franchise.

Kurtzman stated on The Playlist’s Bingeworthy podcast, “I tend to subscribe to the point of view that you learn nothing from your successes, and you learn everything from your failures” (opens in new tab).

“And that was probably the biggest failure of my life, both personally and professionally. There’s about a million things I regret about it, but it also gave me so many gifts that are inexpressibly beautiful. I didn’t become a director until I made that movie, and it wasn’t because it was well-directed — it was because it wasn’t.”

He added, ‘I would not have understood many of the things that I now understand about what it means to be a director had I not gone through that experience.’

Tom Cruise plays a US Army sergeant in the movie “The Mummy” who unintentionally finds the tomb of Ahmanet, an Egyptian princess who was mummified alive and is portrayed by Sofia Boutella. Along with Annabelle Wallis and Jake Johnson, Russell Crowe also appears. The 2017 film has a 16 percent rating on Rotten Tomatoes and received overwhelmingly unfavorable reviews.

The audience rating is slightly higher at 35%, but critics generally agreed that the film lacked “the campy fun” of the original films and fell short on many monster-movie thrills.”

After directing People Like Us in 2012, Kurtzman’s second feature film was The Mummy reboot. Since then, he hasn’t been in charge of another film. He added that the experience had increased his knowledge and understanding of the filmmaking process, and that going forward, he is much more likely to trust his instincts.

“As brutal as it was, in many ways, and as many cooks in the kitchen as there were, I am very grateful for the opportunity to make those mistakes because it rebuilt me into a tougher person, and it also rebuilt me into a clearer filmmaker,” he stated. “That has been a real gift, and I feel those gifts all the time because I’m very clear now when I have a feeling that doesn’t feel right — I am not quiet about it anymore. I will literally not proceed when I feel that feeling.”

He continued: “Look, if you look at history and you look at people who’ve made amazing things, every single one of them will tell you the same story which is that it came after a failure, so I look back on it now with gratitude. It took me a while to get there, but my life is better for it.”

According to Variety film reviewer Owen Gleiberman, “The Mummy” was “too busy to be fun” in his review, adding, “The problem at its heart is that the reality of what the movie is — a Tom Cruise vehicle — is at war with the material…”

“Cruise, at least in a high-powered potboiler like this one, is so devoted to maintaining his image as a clear and wholesome hero that his flirtation with the dark side is almost entirely theoretical. As Universal’s new Dark Universe unfolds, I wouldn’t hold my breath over which side is going to win, or how many more films it will take to play that out. It’s not just that there isn’t enough at stake (though there isn’t). It’s that the movie doesn’t seem to know how little at stake there is.”

Since the 2017 reboot, he has written and directed many Star Trek television shows, including Star Trek: Discovery, Star Trek: Picard, and the forthcoming Star Trek: Strange New Worlds.

The USS Enterprise crew will be followed by Captain Christopher Pike as they set out on a galactic odyssey ten years before to the events of Star Trek: The Original Series in the Star Trek spin-off series, which will debut on Paramount+ on May 5.