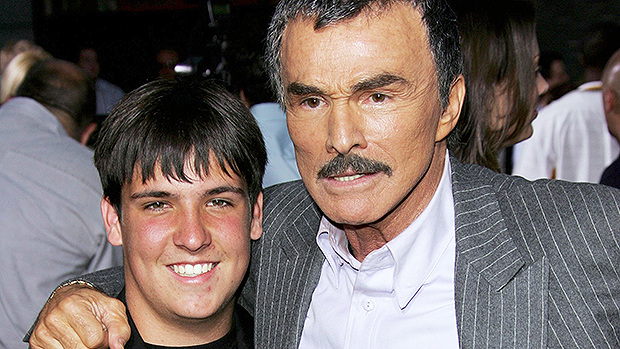 Burt Reynolds did, in fact, once drop horse manure from his aircraft on a Christmas tree set up by the tabloid National Enquirer.

Though the poopetration took place before 2015, the tragic story resurfaced in 2022 when it was published on Reddit on Jan. 7. The post has earned over 70,000 upvotes in the week since it was published as of this writing.

The actor originally came clean in 2015 during an interview with the Dan Le Batard.

Reynolds told the presenter that the National Enquirer had been “killing” him with their coverage, and that the act made him “feel so much better.”

“I had about 100 horses at the time, and that’s a lot of horse shit. I got two huge nets and I filled them both. And about 3:00 in the morning, my ranch foreman took my helicopter down to the wonderful National Enquirer, which is just down the street here from me,” said Reynolds.

“I just didn’t think it was right that they [National Enquirer] had the largest Christmas tree in the entire United States. It wasn’t right. So, I dumped it on top of the tree, and it just cascaded down. It was a beautiful sight.”

He later told the British newspaper The Guardian:

“Dumping a helicopter full of horse shit on the National Enquirer made me feel great. They’d been writing crap about me for years so I thought it was only fitting. One Christmas Eve my pilot and I loaded my helicopter with manure from my ranch, flew over the building and watched it cascade down their giant Christmas tree.”

Before dying of a heart attack at the age of 82, late Hollywood star Burt Reynolds was practicing lines for the film “Once Upon a Time in Hollywood,” according to filmmaker Quentin Tarantino.

The Oscar-winning writer-director talked up about casting Reynolds in Once Upon a Time in Hollywood in a recent interview with CBS Sunday Morning to promote the novelization of his 2019 picture starring Leonardo DiCaprio and Brad Pitt, even though they never got to shoot any footage.

“I got a chance to rehearse with him,” Tarantino said on CBS Sunday Morning in the United States. “I’m officially the last role he played because he came to the script reading (sic). So, that was his last acting.”

The famous Reynolds was supposed to play George Spahn, the real-life owner and operator of the Southern California ranch used for multiple Westerns until business dried up and Charles Manson and his ‘Family’ moved in. After Reynolds’ death, Bruce Dern took up the role.

On CBS Sunday Morning, Tarantino stated that he knew Reynolds died happy after being cast in the film. “The night he died, what he was doing before he passed on was he was running lines with is assistant,” Tarantino said. “That’s, like, sad and beautiful at the same time. He was so happy. I can honestly say he died happy. I am not saying he died happy because of me, but he was definitely happy when he passed on.”

Tarantino announced the opening of the Vista Theatre in Los Angeles while on the promotional tour for his novelization of Once Upon a Time in Hollywood, although it would run differently than the New Beverly, which he already owns.

“We’ll show new movies that come out where they give us a film print. We’ll show new stuff. It’s not going to be like the New Beverly. The New Beverly has its own vibe. The Vista is like a crown jewel kind of thing,” he said on Dax Shepard’s Armchair Expert podcast.