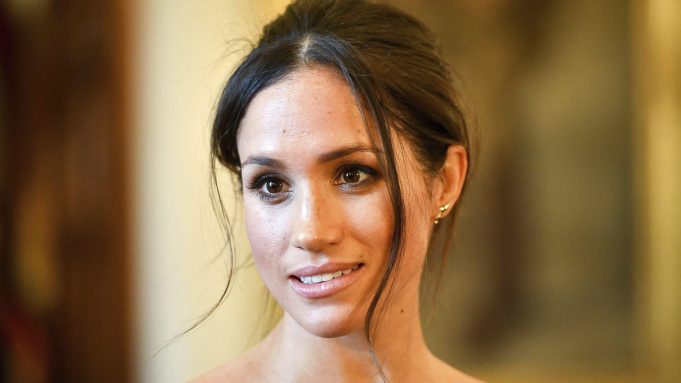 Meghan, the Duchess of Sussex and Prince Harry’s wife, won a decisive victory in her long-running legal battle with a British tabloid on Thursday, when an appeals court rejected The Mail on Sunday’s bid to force a trial over her claim that the paper violated her privacy by publishing an anguished letter she sent to her estranged father in 2018.

Meghan, 40, sued the Mail on Sunday and MailOnline for articles that included excerpts from a handwritten five-page message she addressed to her father, Thomas Markle, in 2018.

Associated Newspapers contended at the appeal hearing that Markle sent the letter knowing it would be leaked, and while the Duchess of Sussex acknowledged this possibility, her barristers maintained the letter was “deeply personal” and “self-evidently intended to be kept private.”

Meghan had filed an claim against the publication in the United Kingdom’s High Court for infringement of copyright and invasion of privacy. Her legal team made a move earlier this year to get summary judgment, which entails asking the court to throw down a judgement without a trial, believing her case was strong.

A court granted summary judgment and ruled in her favor.

The verdict was challenged by the Mail on Sunday last month. In a three-day hearing, they argued before a panel of three Court of Appeal judges that the case should be permitted a full trial, which would have been expected to last roughly two weeks, given new evidence. A witness testimony from Meghan and Prince Harry’s former private secretary, Jason Knauf, indicated that Meghan sent the letter knowing her father might likely release it to the press. According to the Mail on Sunday, this information demonstrated she had no expectation of privacy about the letter’s contents and had written it with the understanding that it would be released.

In the letter, she accused Mr. Markle of breaking her heart into “million pieces” since he did not attend the wedding and afterwards spoke to the press about their feud.

The verdict also absolved Meghan of lying to the court when she denied communicating with the writers of a favorable book about the pair. Her apologies for the erroneous comment, which she blamed on a faulty memory, was a public relations disaster, but the ruling on Thursday ensures it will be nothing more.

Meghan apologized to the court in a statement after emails between her and Knauf were presented to the court, revealing that Meghan had instructed her private secretary to have discussions with the authors. “I apologize to the Court for the fact that I had not remembered these exchanges at the time. I had absolutely no wish or intention to mislead the Defendant or the Court.”

Chancellor of the High Court Sir Geoffrey Vos, sitting with Dame Victoria Sharp and Lord Justice Bean, delivered the judgement on Thursday morning, describing Mr Knauf’s fresh evidence as “of little assistance” and Meghan’s prior testimony about the biography as an “unfortunate lapse of memory.”

Sir Geoffrey remarked, in support of Mr Justice Warby’s initial ruling, “The Duchess had a reasonable expectation of privacy in the contents of the Letter.”

Mr. Markle, 77, filed a witness statement on behalf of The Mail in which he stated that he wanted to share the letter to clarify misinformation about him in an unpleasant People magazine article. According to him, the letter “actually signaled the end of our relationship, not a reconciliation.”

“This is a victory not just for me, but for anyone who has ever felt scared to stand up for what’s right,” Markle said in a statement following the three-day trial.

“While this win is precedent setting, what matters most is that we are now collectively brave enough to reshape a tabloid industry that conditions people to be cruel, and profits from the lies and pain that they create.

The justices underlined that if the newspaper had printed less than half of the letter, this may not have happened.

The Mail on Sunday is set to run a front-page statement confirming the duchess’s court triumph and to reimburse her legal fees.

Experts in the news industry said the decision came as no surprise because the issue was about privacy and copyright rather than press freedom. “It would be easier to argue that it is in the public interest to publish it if Meghan had written to a government official,” said Meera Selva, deputy director of the Reuters Institute for the Study of Journalism at Oxford.