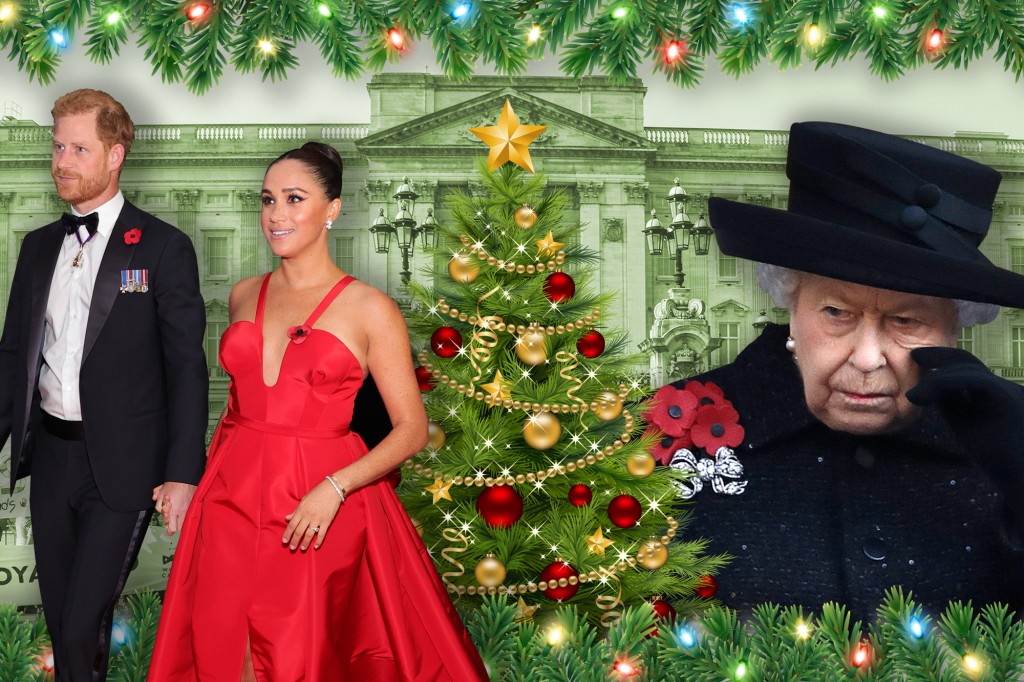 Meghan Markle and Prince Harry aren’t expected to fly back to the UK for Christmas this year, even though 95-year-old Queen Elizabeth is in frail health and lost her husband in April. NY Post photo composite
temp3

Despite the fact that it will be Queen Elizabeth II’s first Christmas without her husband, Prince Phillip, who died in April, Prince Harry and Meghan Markle have no plans to return to the UK for the holidays. Not to mention that the 95-year-old matriarch has recently suffered from serious health issues.

Prince Harry and Meghan Markle had reportedly been invited to Sandringham with the rest of the royals.

The Duke and Duchess of Sussex, who live in a $14 million house in California, are also set to skip the Queen’s traditional Christmas lunch for her extended family, which is typically hosted at Buckingham Palace.

Harry and Meghan are said to have declined the offer in order to “avoid a media frenzy.” Instead, the couple will celebrate with their two children, Archie, two, and Lilibet, five months, at home in Montecito, California. The Sussexes last celebrated Christmas at Sandringham in 2018, barely 13 months before they announced their retirement as Senior Royals.

“There’s a lot that goes into the logistics and the planning of the family Christmas, so of course, staff know that Harry and Meghan are not coming,” one royal source told Page Six.

“If they were, they would have communicated it to their family by now.

“But this is Her Majesty’s first Christmas without her husband, so one would have hoped they would want to be with her,” they added.

It’s thought that Harry and Meghan don’t want to make the expected headlines if they fly over from their new home in Montecito, California.

“I think everyone understands there will be a frenzy when they both come back to the UK, but they need to rip the [Band-Aid] off and get on with it,” the royal source added.

The Queen is regularly accompanied to a church service by members of her family, including Prince Charles, Camilla Parker-Bowles, and Prince William and wife Kate Middleton, who live at Sandringham.

Due to coronavirus limitations, the Royal Family did not spend Christmas together at Sandringham last year. 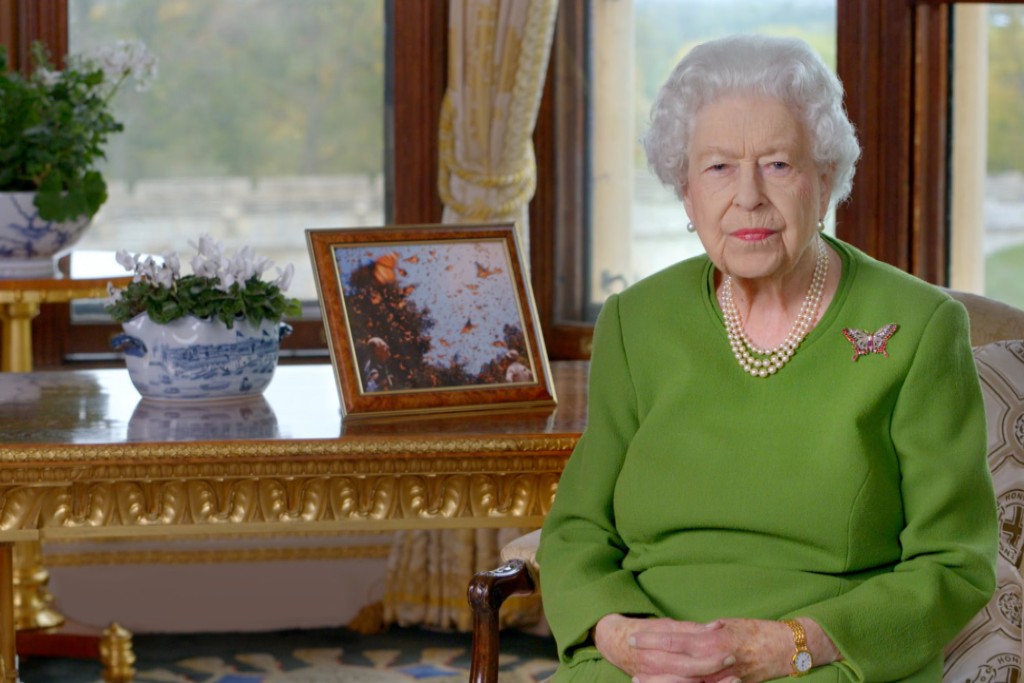 Each year, Queen Elizabeth II delivers “The Queen’s Christmas Message” via video, similar to this one played at the welcoming reception at COP26.
ZUMAPRESS.com

This comes only days after she was forced to cancel Sunday’s Remembrance Service at the last minute owing to a back ailment, despite the palace previously stating her “firm intention” to attend. Her first public appearance after a two-week rest order and a brief hospital stay was scheduled for this occasion. Her absence from COP26 in Glasgow, Scotland, was also due to health concerns, however she continued some “light duties” via Zoom where possible.

The Queen was photographed standing without a walking stick for the first time since spraining her back on Wednesday.

The Royal Family has yet to declare its plans for next month because so much is depending on Covid and Government guidelines.

Her Majesty met with Prime Minister Boris Johnson in person last week but was not photographed doing so.

It comes after Meghan made a surprise appearance on the Ellen program with Prince Harry, her first big TV interview since her controversial Oprah tell-all, amid worries that she may spill more bombshells about the Royal Family.