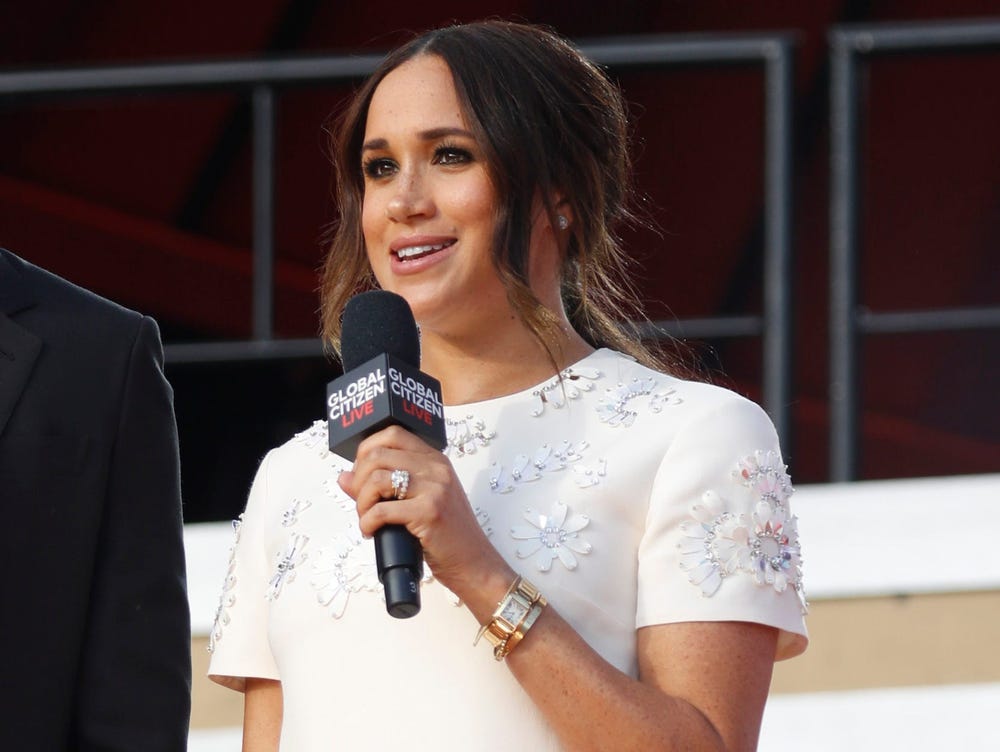 Meghan Markle argued paid leave isn’t a “political issue” after being chastised by a royal aide for becoming engaged in politics in the US.

In a new interview, Markle denied playing politics with her royal title by campaigning for universal paid family leave, which she describes as a “humanitarian issue.”

She wrote an open letter to Congress at the end of October, urging Congress to make paid leave “a national right.”

“I know how politically charged things can—and have—become. But this isn’t about Right or Left, it’s about right or wrong,” she wrote. “This is about putting families above politics. And for a refreshing change, it’s something we all seem to agree on. At a point when everything feels so divisive, let this be a shared goal that unites us.”

Meghan spoke at the New York Times DealBook Online Summit about how women can achieve economic and professional equality. The cofounder of the Archewell Foundation discussed her business background as well as her recent efforts to lobby for paid family leave, which included reaching out to senators and members of Congress. 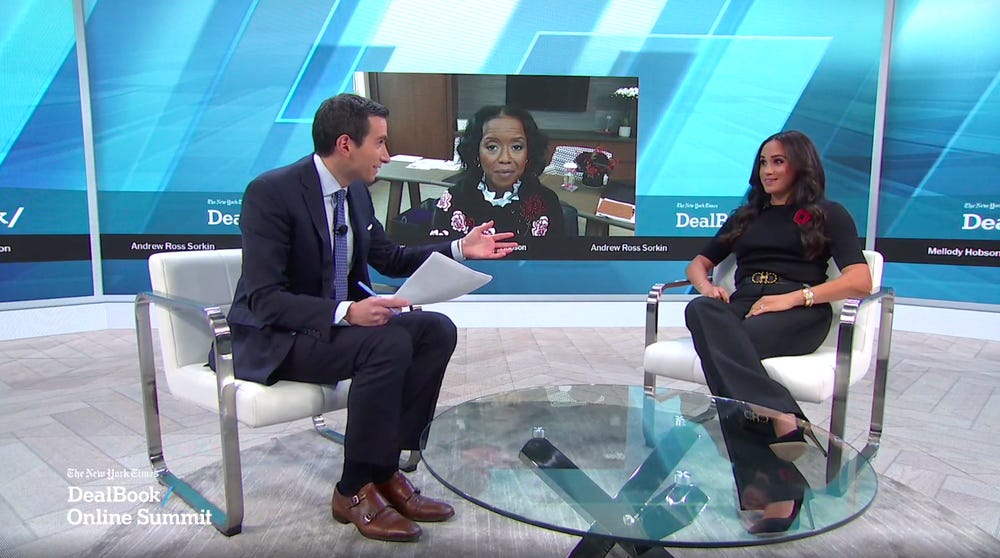 When asked if she had “anxiety” about becoming engaged in politics, the duchess replied she doesn’t consider paid leave to be political.

Despite the fact that her efforts helped reinstate paid family leave in President Joe Biden’s hallmark Build Back Better legislation, her activism was criticized by the press, with pundits and palace aides claiming it went against the royal family’s policy of not becoming involved in politics.

“There’s certainly a precedent in my husband’s family and the royal family of not having any involvement in politics, but I think paid leave, from my viewpoint, is just a humanitarian issue,” the duchess said.

She told host Andrew Ross Sorkin that stepping aside from royal responsibilities had improved her mental health.

Mr. Sorkin said that there was a “moment” when “a lot of the world” was disturbed about her remarks.

“I’m feeling much better about everything, thank you,” the Duchess said.

She also stated that she considers supporting the idea to be “logical” and “obvious.”

“I have been gone from the U.S. for a really long time,” she said, detailing her time in Canada working on Suits, and her move to the UK to live with Prince Harry.

“To come back and now be a mother of two and to see that the U.S. is one of only six countries in the entire world that doesn’t offer any form of national paid leave, just didn’t make sense,” she said.

“I guess my approach was the same as it’s been since I was really young—when I was 11 and I saw something wrong on TV, I put pen to paper and wrote a letter about it. So on this, I thought, Well, let me write a letter and let me pick up the phone and make some calls and see if I can help. To me, it seems like a really obvious and logical thing for me to do, and I’m happy to support it.”

The duchess added, “We can all agree that people need support, certainly when they’ve just had a child. We have a five-month-old baby, and so it’s a really sensitive [issue] for us. We have the luxury of being able to have that time—not just for moms but for fathers as well—to be with our newborn. And I think if this entire country, you know, if we valued American families in that way, as we should, it sets us up for economic growth and success, but it also allows people to have that really sacred time as a family.”

According to The Times of London on Sunday, a Buckingham Palace official previously said that the Duchess of Sussex used her title “out of context” while discussing political issues.

An unidentified palace aide told The Times that members of the royal family normally “steer clear of those kinds of things.”

“Otherwise you’re using the title out of context and people will question your motive. The royal family has no say in American politics. Campaigning is important, but there’s a difference between campaigning on ‘issues’ like the environment and mental health, and aligning yourself with policies,” the aide said.

“The Duchess of Sussex doesn’t have the right to have a more powerful voice [on the issue] than any other mother in America. She should not be playing in politics,” they added.