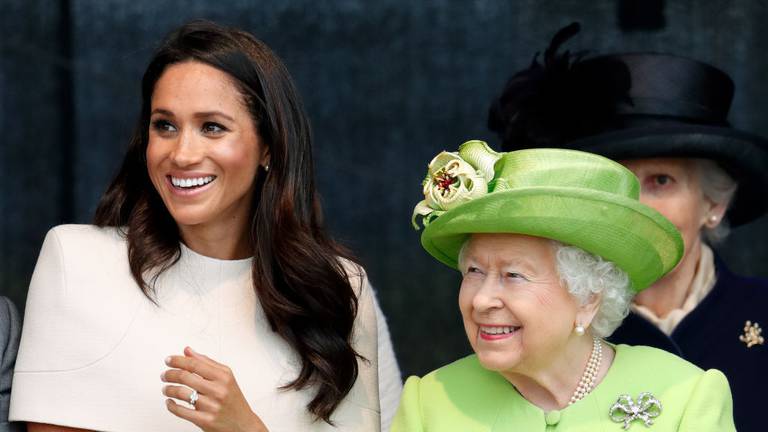 Lawyers for Prince Harry and Meghan Markle denied the couple had ‘reignited a rift’ with her after an updated biography stated the Sussexes believe the Queen has failed to respond to their claims of racism.

The Duke and Duchess of Sussex are said to be dissatisfied with how the Palace handled bombshell racism allegations made in their interview with Oprah, believing Her Majesty did not take “full ownership”

The new information is revealed in an epilogue to Harry and Meghan’s book, Finding Freedom.

According to the statement, they were offended by the Queen’s carefully written statement following their March appearance with Oprah Winfrey, in which she showed sympathy for the pair but emphasized that ‘some recollections may vary.’

However, a close friend of the couple claimed in a new interview with PEOPLE magazine that they were frightened of “challenging the system.”

Following the Oprah interview, Prince William told reporters that the royal family was “very much not a racist family” and that he had yet to talk to his estranged brother. The Sussexes were reportedly dissatisfied with Buckingham Palace’s official response, according to the revised edition of Finding Freedom.

Meghan informed the US TV presenter that before Archie was born, a member of the Royal Family asked about his skin color.

Prince Harry and Meghan were reportedly nervous about sitting down with Oprah, but felt compelled to do it since they had no other option.

Their legal team at Schillings informed MailOnline that claiming the pair had ‘reignited a rift’ with the Queen – or suggesting or implying that they have made any remarks to that effect – is untrue and defamatory.

The attorneys said that there had been no fresh developments on the subject and that the assertions were made by the book’s writers, Omid Scobie and Carolyn Durand, who did not speak for the Sussexes and relied on anonymous sources.

The writers of the book, which the Sussexes have long claimed was written without their collaboration or help, stated that Harry and Meghan can’t “move forward” because of a lack of accountability on the side of the Royal Family.

As they begin their new “thrive” chapter, the couple reportedly to have no regrets about their decision.

Their buddy told PEOPLE, “What started as a fairytale romance became a story that reinvented the genre – a self-made, independent woman playing an equal role alongside her knight.”

Mr Scobie also tried to clarify the situation, tweeting: ‘Back at this rodeo and, predictably, words are already being twisted. The comments made by a SOURCE (a detail some outlets have purposefully ignored) was about a lack of ownership from the royal institution as a whole. There’s no ‘attack’ against the Queen anywhere in the book.’

Joint authors Omid Scobie and Carolyn Durand have updated their book and wrote: “The Queen’s ‘recollections may vary’ comment ‘did not go unnoticed’ by the couple, who a close source said were ‘not surprised’ that full ownership was not taken. ‘Months later and little accountability has been taken’, a pal of Meghan added. ‘How can you move forward with that?’”

Omid Scobie stated in the same piece that the “thriving” pair is “really excited” about the hectic schedule ahead once their parental leave ends.

MailOnline claimed that a revised edition of Finding Freedom said that Harry and Meghan had no regrets about leaving the United Kingdom, as well as making shocking claims accusing the Royal Family of bigotry. The book now covers Harry’s trip to the UK in April for his grandpa Prince Philip’s funeral, and claims that he purchased a one-way ticket so that he could talk to his family without the involvement of staff.