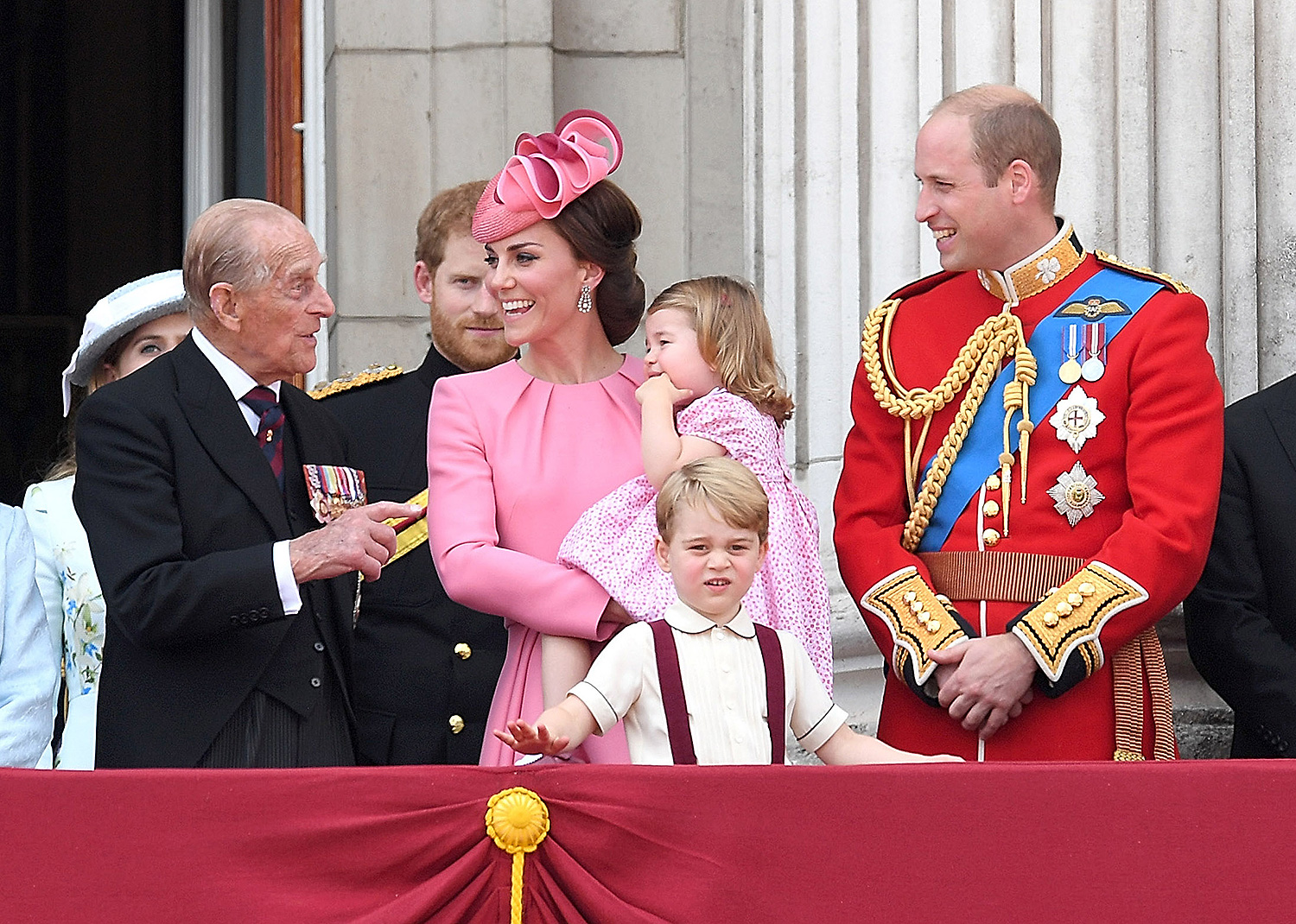 Prince William and Kate Middleton, the Duke and Duchess of Cambridge, have spoken out about how their family is dealing with the loss of their beloved grandpa, Prince Phillip. The Duke had been married to The Queen for 73 years and was 99 years old when he died.

Following Prince Philip’s death in April, Gert’s Royal Replies got a message from the Duke and Duchess of Cambridge, after they expressed their sympathies.

The response was a folded card with Prince William and Kate’s individual monograms on the exterior, mailed in an envelope with a royal mail stamp and the Kensington Palace emblem. Inside is a photograph of Prince Philip in military uniform taken in 2012 at Windsor Castle for the Queen’s Diamond Jubilee Armed Forces Parade and Muster. There’s also a typed note, with a black border around both pages to signify grief.

The royal family has received an outpouring of support in the months since Prince Philip died in April, and Prince William and Duchess Kate are thankful for it.

Kate and William have graciously reacted to a message of condolence – and offered an insight into how Philip’s death has impacted their life – in a heart-warming thank you card written to royal fan (who published the letter on their blog, Gert’s Royal Replies).

“The Duke and Duchess of Cambridge thank you for your kind words following the death of The Duke of Edinburgh,” the note says. “Their Royal Highnesses have been incredibly moved by the many thoughtful messages they have received in recent weeks. They will all miss their much loved grandfather and great-grandfather, but your message has provided great comfort at this difficult time.”

Following Prince Philip’s death, Kate and William released a number of never-before-seen photographs of Philip with their three children on social media. A lovely snapshot of Prince George sitting in a carriage with his great-grandfather accompanied Prince William’s emotional tribute to his grandpa.

On April 9, Queen Elizabeth II’s late husband died “peacefully” at Windsor Castle, according to Buckingham Palace. He was only a few months away from turning 100.

Royal communication usually includes a portrait of the couple or the entire Cambridge clan on the front of the card. However, this reply was more subdued and formal, containing only the Cambridges’ monogrammed initials ‘W & C.’

Prince Philip was both a grandpa and a great-grandfather to Prince William and his three children with Kate Middleton.

Prince William said he was “lucky” to have Prince Philip’s example long into his adult life in a tribute published on social media.

William composed a thoughtful tribute to his grandpa, whose “century of life was defined by service” to others, shortly before the British royals gathered at St George’s Chapel to say their final farewell to the former navy cadet.

The news of Prince Phillip’s death shocked and devastated royal admirers across the world. Prince Phillip was a much-loved member of the royal family and a fan favorite for his cheeky sense of humour.

William reflected: “I feel lucky to have not just had his example to guide me, but his enduring presence well into my own adult life – both through good times and the hardest days.

“I will always be grateful that my wife had so many years to get to know my grandfather and for the kindness he showed her. I will never take for granted the special memories my children will always have of their great-grandpa coming to collect them in his carriage and seeing for themselves his infectious sense of adventure as well as his mischievous sense of humour!”

William concluded, “My grandfather was an extraordinary man and part of an extraordinary generation. Catherine and I will continue to do what he would have wanted and will support The Queen in the years ahead. I will miss my Grandpa, but I know he would want us to get on with the job.”