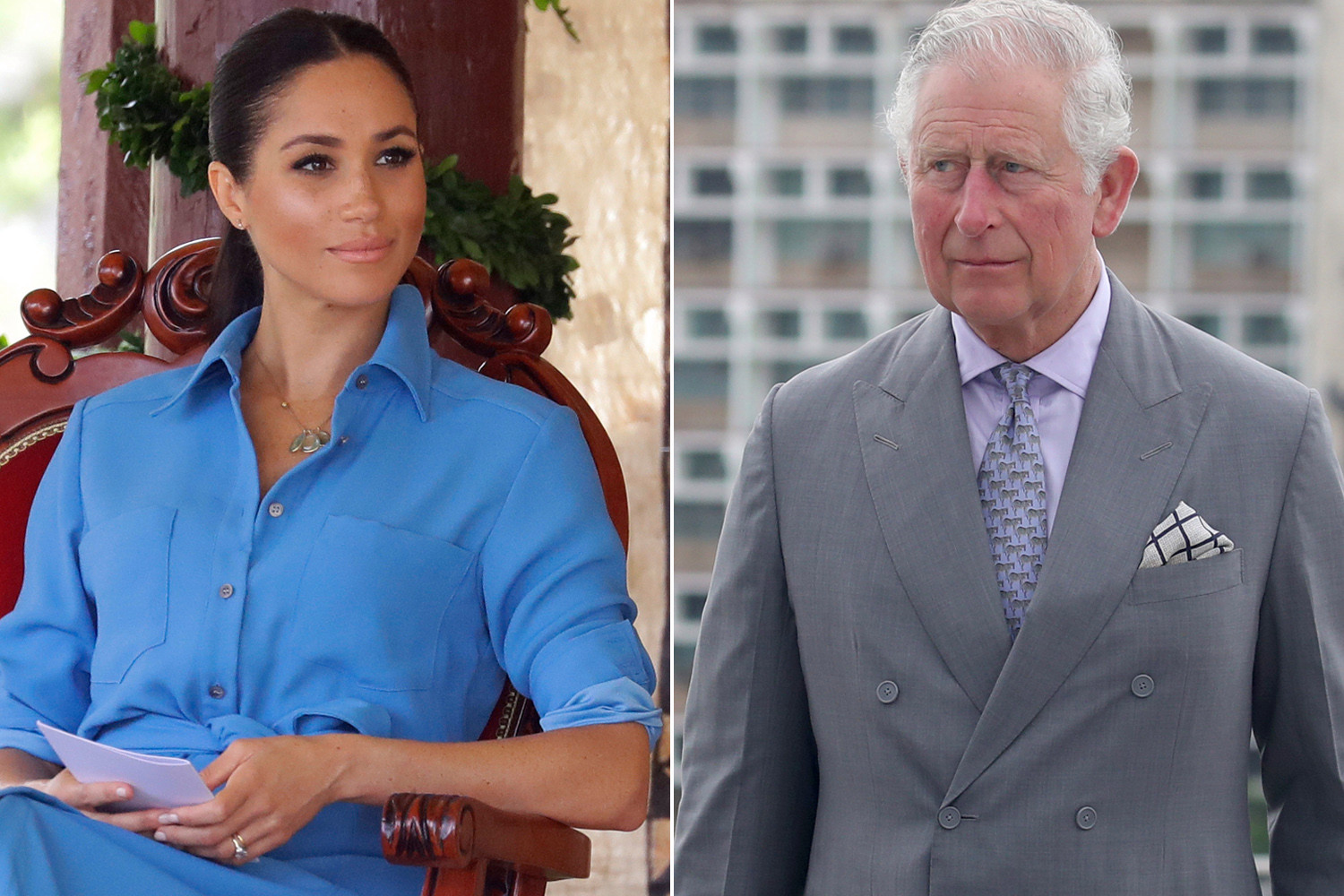 Meghan had a burning interest in the history of the Royal Family, according to royal expert Emily Andrews, who spoke on Channel 5’s latest royal documentary, Meghan at 40: The Climb To Power, and spent many hours being given history lessons by Prince Charles at his home Clarence House.

According to the royal expert: “The relationship between Meghan and Charles was once so good.

“Charles adored her, they had a lot in common, art, music.”

And, in an unexpected revelation, Ms Andews said that Meghan immersed herself in history.

“She [Meghan] used to go round to Clarence House to have, effectively, history lessons with Charles on the history of the Royal Family,” she said.

Ms Andrews said that “both Meghan and Charles really enjoyed that,” and that as a consequence, their “close bond” developed.

“Charles was a real passionate historian, Meghan had a thirst for knowledge,” she said.

Ms Andrews went on to say that “they had a really good relationship.”

Despite alleging that her passport was seized from her, Meghan Markle allegedly went on at least 13 foreign vacations during her tenure as a member of the Royal Family.

When she was welcomed into ‘The Firm’ in 2016, the Duchess of Sussex told Oprah Winfrey that she ‘turned over’ her passport, along with her driving license and keys.

“You couldn’t just go. You couldn’t. I mean, you have to understand, as well, when I joined that family, that was the last time, until we came here, that I saw my passport, my driver’s license, my keys,” Markle explained.

“All that gets turned over. I didn’t see any of that anymore,” she said.

According to the Sun, Meghan must have shown her passport to authorities in each of the 12 nations she visited during this time period.

According to the source, apart from Queen Elizabeth II, all members of the royal family are obliged to carry a passport for international travels, including trips to New York, Ibiza, Botswana, Italy, and Amsterdam when she began dating Harry.

“It is understood from royal sources that Meghan’s passport had to be kept safe to ensure it did not fall into the wrong hands,” the story said.

“But it would still have been used by her for her holidays.”

According to royal expert Margaret Holder, “Of course the Royal Family would want to keep Meghan’s passport safe.”

“But it’s unthinkable she didn’t carry it for personal and private trips such as her New York baby shower, travelling to see friends in Canada, partying in Amsterdam and going to Lake Como with George Clooney.”

Meghan and Harry traveled to see A-list pals in Italy, Holland, the United States, and Canada following their wedding, in addition to three formal royal visits of Ireland, Africa, and the Pacific.

Meghan and Harry’s first vacation together occurred only six weeks after their relationship started in 2016, when the Prince took his now-wife to a safari camp in Botswana.

He exclaimed, “We camped out under the stars, which was absolutely fantastic.”