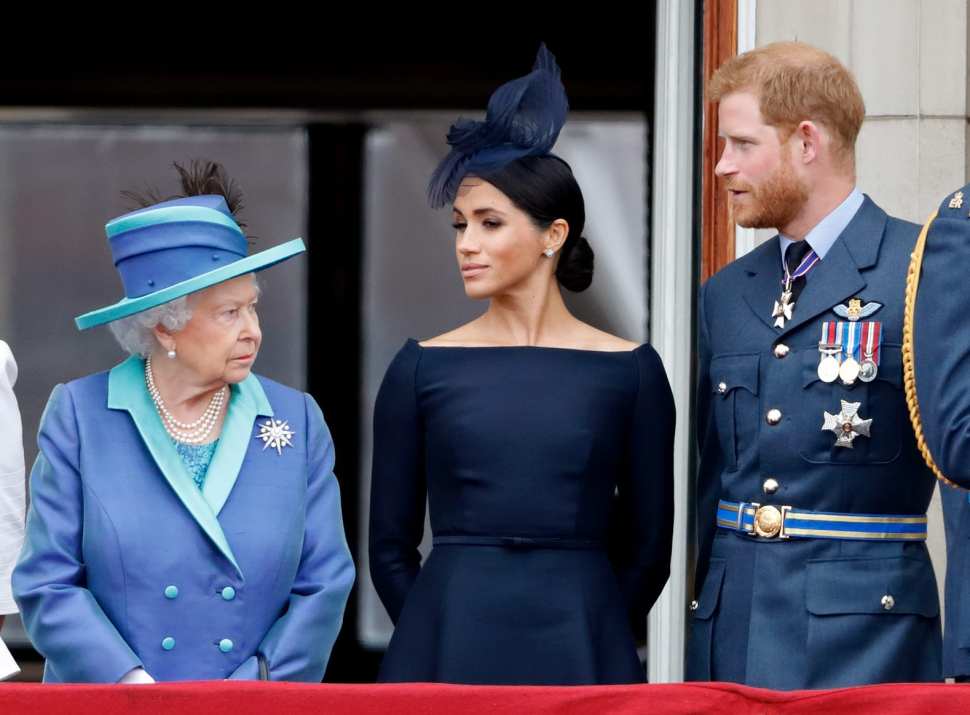 Meghan, Duchess of Sussex, experienced several hurdles throughout her tenure as a member of the royal family, with one royal expert thinking the duchess was “hurt” that she wasn’t respected as much as she had wanted. This, in turn, irritated Prince Harry, according to royal biographer Angela Levin on ITV’s Royal Rota.

While on the show, Chris Ship asked the royal biographer: “It can’t be a surprise to Harry that in the monarchy the Queen comes first.

“It is the Queen, the heir to the monarchy and then Prince William. That’s the order of things.”

Ms Levin said: “I don’t think it was a surprise to Harry but what I think really upset him is Meghan felt she wasn’t number one.

“Diana taught them from the beginning about their sense of duty and working hard for the monarchy and how it works.

“They knew it back to front.”

The conversation began with Levin’s thoughts on Prince Harry and Meghan Markle’s new book Finding Freedom, which she says has many “incredibly petty” issues, and as a result, the pair “ignores all the wonderful things they’ve had.”

‘They’re focused, it seems to me, entirely on the negative,” she added.

Prince Harry apparently believed Prince William was being “snobbish” when he advised him not to hurry into his romance with Meghan Markle, according to the book.

“Having spoken to Harry for quite a long time… I understand that he’s fed up with being the second boy. He was fed up with it as a child and it was always William first. William would be invited by the Queen Mother to go for tea, but not Harry.”

Finding Freedom also goes into depth about the turbulence that surrounded Meghan’s wedding to Harry, including the revelation that Mr Markle was paid to help put up paparazzi images of himself outside his house in Mexico.

Mr Markle reacted by claiming that his daughter was not beyond dealing with the media in the same manner that he was, and that she had planned paparazzi photographs while playing in the TV show Suits before meeting Harry.

Apparently Meghan has made deals with the paparazzi. She planned it,”  Mr Markle told The Sun, adding that he was not paid for the brief interview.

During the conversation, Levin also addressed the notion that Prince Harry and Meghan Markle were not welcomed into the royal family.

“He was very proud of Meghan. He liked Meghan, he admired her. They welcomed Meghan. He loved Harry and he was very pleased he had found someone who was his soulmate,” Levin said after spending time with Prince Charles.

“Harry’s changed enormously since I met him,” Levin said when asked if she feels Prince Harry has changed. “I found that he was charismatic, he had royal stardust, he was brilliant with people… he was fun. He’s got a mischievous side.”

“He’s very, very, sort of a shadow of himself now,” Levin adds.