According to actress Shirley Jones, Frank Sinatra stormed off the set of the film version of “Carousel” because his then-wife, Ava Gardner, threatened to have an affair with cinematic star Clark Gable.

Jones spoke about how enthusiastic she and Frank Sinatra, fresh off of The Man with the Golden Arm and Guys and Dolls, were during rehearsals for 1956’s Carousel at the TCM Classic Film Festival in Hollywood on Thursday night. “We rehearsed everything like a Broadway play and did all of the pre-recordings . . . the photographs, all of the costumes. . . . He told me, ‘Shirley, this is a dream come true for me.”

Jones stated how the cast was informed during pre-production that they would be filming in two formats, CinemaScope and CinemaScope 55, which was standard in Hollywood at the time because some cinemas did not have CinemaScope screens. Sinatra, on the other hand, had an issue with the conditions in which he would be filming when he arrived for his first scene. 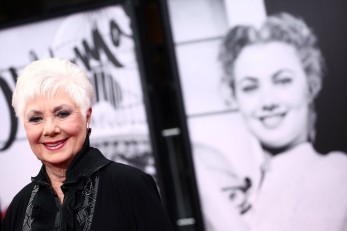 During an interview with TCM presenter Robert Osborne, Jones said, “Frank was very enthusiastic about playing Billy Bigelow, which he called the greatest musical role for a man. And he had prerecorded all of the songs to be used in the picture. But when he arrived on location in a limousine and saw two cameras, he said, ‘I’m not being paid to make two movies,’ and got back in the limousine and left.’’

Jones was then directed to contact Gordon MacRae MacRae, who replied, “Give me three days. I have to lose 10 pounds.”

Despite the fact that Jones claims Sinatra never discussed his decision to leave “Carousel,” she did learn the cause for his departure during a press conference a few years back.

“His wife at the time, Ava Gardner, was shooting a film in Africa. She called Frank and said, ‘If you’re not on the next plane, I’m having an affair with [co-star] Clark Gable.’ ”

As the Q&A came to a close, she stated, “Apparently, that’s the reason he left the movie.”

A stunning new restoration of “Oklahoma!” premiered at the TCM Classic Film Festival on Thursday night and will be released on Blu-ray on May 6 as part of a “Rodgers and Hammerstein Collection” that also includes a restoration of “Carousel.”

The TCM Classic Film Festival will run till April 13th.