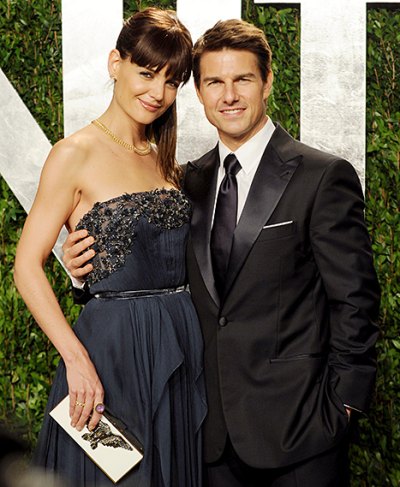 You’re probably wondering why Tom Cruise and Katie Holmes’ engagement dragged on for so long.

According to The Star, Martin Holmes, a lawyer, represented his daughter in the negotiations.

The newspaper reports that Martin Holmes was “playing hardball with the prenup negotiations” in order to ensure that his daughter would get “a lump sum payment in the millions if the marriage should dissolve before the five-year mark.”

Fortunately for Katie, the prenup hastened the divorce process; particularly by Hollywood standards, it was “shockingly quick.” In only 11 days, according to Vanity Fair, their divorce case was “resolved in a mere 11 days.”

But Vanity Fair went on to explain that Katie’s father’s scheme went beyond only protecting his daughter. They point out that divorce attorney Martin Holmes intended to assist Katie in “escaping” from Scientology, which was seen as the bigger problem since many people believe Tom is controlled by this church.

When Katie got pregnant, Martin had his “in,” because marriage was next, and that would come with a few opportunities for legal discussions and that all-important prenup.

A prenup usually awards a spouse more money for a longer marriage, but, the source told the mag at the time: “The Holmes family would never tell Katie if they thought her marriage was doomed from the get-go, but they are pressuring her to hold out not only to protect her interests, but those of her child.”

Holmes and Cruise’s rep didn’t return calls for comment, but noted divorce attorney Raoul Felder told The Scoop, “Given Tom’s history, if they don’t have a prenup, forget a lawyer, they need psychiatrists.”

Daddy approved of Katie’s premarital knocking-up, but he’s still made sure that if his little girl’s going to rent herself out as an alien incubator, she’s going to get above market price for the lease on her womb.

Another way that Katie helped protect her self-earned net worth was by continuing to work during her marriage. Though she wasn’t nearly as prolific in Hollywood during her marriage to Tom, she did take on various projects while they were together.

From 2006 to 2012, the span of Holmes and Cruise’s marriage, Katie worked on at least nine projects in Hollywood, both films and TV shows.

Whether Tom approved of her continuing to work is another story, especially as Suri was born in 2006 and Tom’s religion has often meant there are strict rules surrounding things like childbirth and, likely, childrearing.

But the work Katie did while married to Tom Cruise seems to have padded only her pockets, but it was undoubtedly a smart move.

At the same time, her career did appear to be hampered somewhat, though Tom, meanwhile, was adding more blockbusters to his belt.