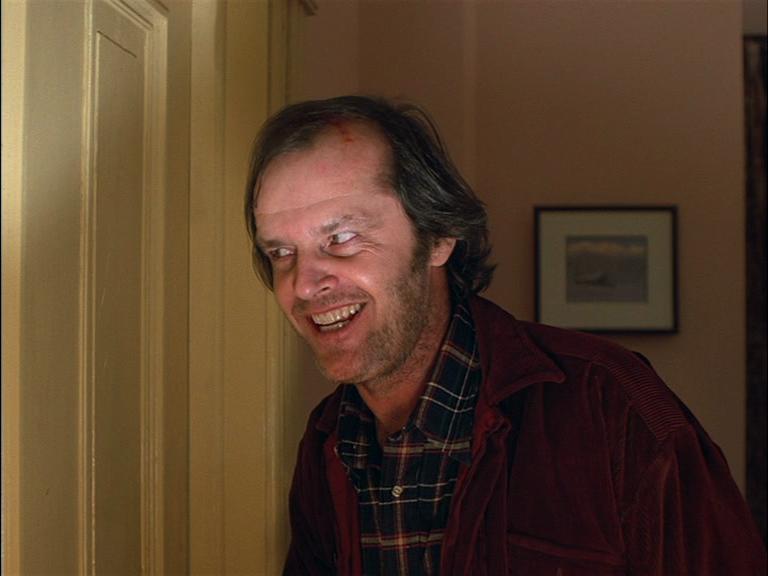 Jack Nicholson thought his mother, June, was his sister and his grandmother, Ethel May, was his mother for over four decades. Does this sound confusing? Absolutely. June’s lover Don, who was married to another lady at the time, got her pregnant in 1936. When Ethel May learned of her daughter’s pregnancy, she threatened Don with the Mann Act (a statute meant to prevent children from being trafficked and sold into prostitution, but which was often used to prosecute even consenting activities) and told him to keep away from June. Nicholson was born in Neptune, New Jersey, in 1937.

June was just 18 years old when Jack was born, and she aspired to be a movie star. To save the family the embarrassment of having a kid out of wedlock, Ethel May raised Jack as her own, making him believe June was his much older sister. Nobody cared to explain this to little Jack, though. (He didn’t know his father as a child.) Shorty served as a father figure since he was married to Jack’s aunt, Lorraine.)

June abandoned Jack when he was four years old, escaping to Miami to work as an Earl Carroll showgirl. When Nicholson chose to seek a career in Hollywood, their relationship became even more weird. At the age of 17, he moved to Los Angeles to join his “sister,” June, who had come there to pursue a career in show business. “Since my only relative in the world was June, who was out here, I came out to look around,” he told Rolling Stone in 1986. Nicholson found a work at MGM Studios as an office boy in the animated animation department. His brash charisma drew the attention of a producer, who suggested he enroll in acting courses.

Time magazine interviewed the industrious 37-year-old who had produced an astounding 15 films in the 1970s and won an Oscar for his work in One Flew Over the Cuckoo’s Nest as Chinatown was ready to hit cinemas in 1974. The strapline on the cover read, “The Star with the Killer Smile.” Before the piece was published, Nicholson received an ominous phone call from the magazine’s researchers, who wanted to clarify some of the story’s details. They informed him that his father was still alive and well in Ocean Grove, New Jersey. The second blow was even more devastating: his “mother,” Ethel May, was really his grandmother, and his “sister,” June, was his biological mother. Nicholson, who is known for his calm and flippant demeanor, was startled by the discoveries and requested Time not to publish them in the article. If you had the opportunity to work with Jack Nicholson, I’m sure you’d have some great things to relate. Matt Damon, who is now on the road promoting his new picture Stillwater, recalls his personal encounter with the actor while filming Martin Scorsese’s The Departed. In the picture, Nicholson portrays Costello, a crucial character in an Irish-American organized criminal syndicate, and he offered certain rewrites to illustrate how brutal Costello is, but the recommendations went a little too far.

During an interview on comedian Marc Maron’s WTF show, Jack Nicholson said how his considerable success as an actor originates from his confidence that he is “a fucking great writer.” Nicholson contacted Damon to discuss his horrific rewrites after examining a scenario in which Nicholson’s character commits a seashore execution that was originally barely an eighth of a page long.

“The scene was one-eighth of a page. It said, ‘Costello executes a man kneeling in the marsh.’ That’s all it said,” Damon said (via Uproxx). “Jack was so excited and said [to me], ‘Wait until you hear what I did.’ He goes, ‘Well, it was an eighth of a page,’ and he goes, ‘I’ve seen that before, so what I did is I made it a woman… and I put Ray [Winstone] in the scene with me.’”

“I’m like, ‘Jesus,'” Damon said at the time. Nicholson went on to say:

Scorsese did eventually embrace at least a tiny portion of Nicholson’s proposals, as disturbing as they may seem. Rather of merely executing a guy, the final version of the film depicts Nicholson’s character killing a lady (Nicholson’s suggestion), attended by Winstone, and delivering the “She fell funny” line. Winstone is also shown clutching the hatchet indicated by Nicholson, and he says, “Francis, you really should see somebody.”

The Departed is based on the real-life Boston Winter Hill Gang and is a remake of the 2002 Hong Kong thriller Infernal Affairs. Collin Sullivan (Damon) is modeled by corrupt FBI agent John Connolly, while Frank Costello (Nicholson) is modeled after Irish-American mobster Whitey Bulger. In this film set in Boston, Irish mob leader Frank Costello infiltrates the Massachusetts State Police by planting Colin Sullivan as a mole, while the police deploy undercover state trooper Billy Costigan (Leonardo DiCaprio) to infiltrate Costello’s squad. When both sides know what’s going on, Sullivan and Costigan try to figure out who the other is before they’re found out.