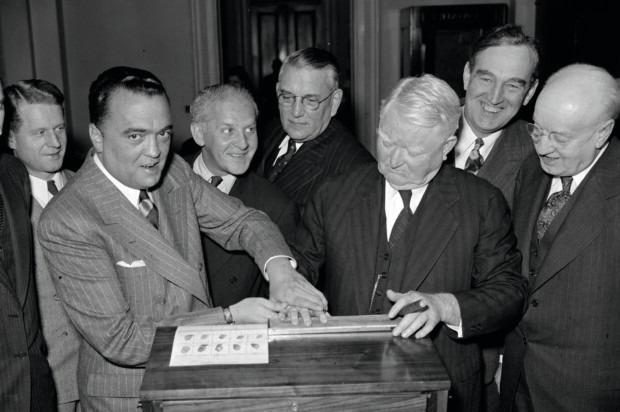 John Edgar Hoover served as the director of the Federal Bureau of Investigation (FBI) for almost 48 years under eight different U.S. presidents.

He was appointed as the director in 1924, at the young age of 29, and his mission was to transform the weak and small Bureau of Investigation (which later became the FBI in 1935) into an expert crime-solving outfit.

Hoover brought all the self-determination, unerring focus and ambition that got him so far so young.

He was born on January 1, 1895, and overcame a childhood stammer by learning to talk quickly.

He impressed on the school debate team with “cool, relentless logic” and studied law at night classes, earning his degree in 1916 and master’s in 1917.

That year, the same year the U.S. entered World War I, Hoover managed to secure a job at the Department of Justice.

By the age of 24, he headed an entire division and coordinated raids to round up suspected radicals and communists, arresting thousands and deporting hundreds.

As director, Hoover implemented sweeping changes and a professional standard that established the Bureau as a powerful arm of federal law enforcement.

Laboratories were improved for forensic analysis of handwriting, fingerprints, and ballistics, and, perhaps his most significant change, Hoover devised systems for meticulous record keeping.

What the FBI needed now was a huge, publicity victory for Americans to get behind. Enter the Prohibition era and the rise of organized crime during the 1920s and 1930s.

Using the newspapers and influence in Hollywood, Hoover made sure gangsters like John Dillinger and ‘Baby Face’ Nelson were no longer romanticized antiheroes, but villains.

And his agents – G-Men, from ‘government men’ – were hot on their heels. It worked; the decade was the making of the FBI.

It did not matter that Hoover did not go after major organized crime and denied the Mafia’s existence. Budgets and resources expanded, and the G-Men were hailed as frontline soldiers.

When war actually came, the FBI was handed a far-reaching mandate to investigate those suspected of being domestic or foreign “subversives”.

Throughout the 20th century, as the United States moved from monumental event to monumental event, Hoover was there; an ever-present man wielding immense power and a master of secrets.

He was both a household name and an enigma in the shadows.

However, Hoover’s career was not without controversy. Critics accused him of using the FBI to target political opponents and civil rights activists.

He was also known to have a secret files on many politicians and public figures.

He also had a role in the COINTELPRO program, which was a series of covert, and often illegal, projects conducted by the FBI aimed at surveilling, infiltrating, discrediting, and disrupting domestic political organizations.

Despite this, Hoover was able to maintain a level of control over the FBI until his death in 1972.