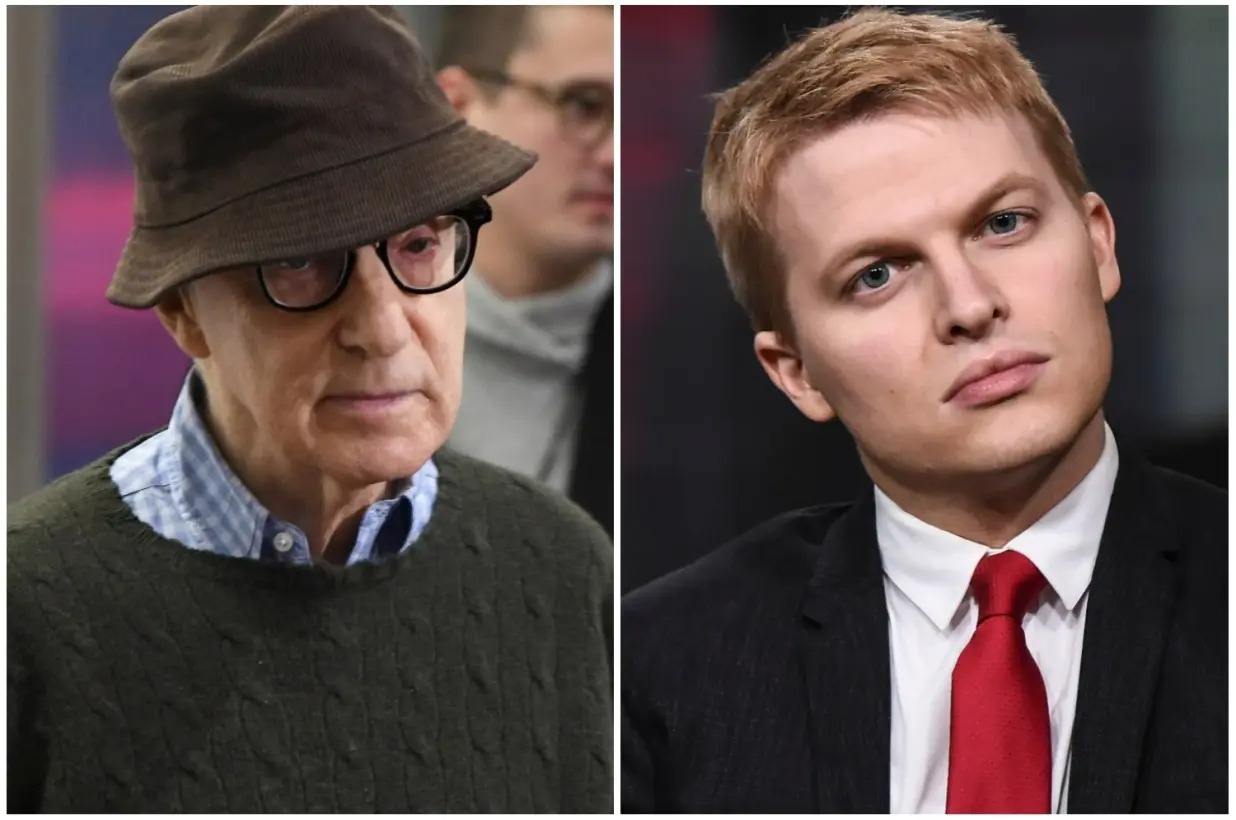 Woody Allen has hinted that Ronan Farrow, the Pulitzer Prize-winning journalist, may not be his biological son.

In a recent profile of his wife, Soon-Yi Previn, published on the New York magazine’s Vulture website, Allen said that he believes Farrow is his son, but he “wouldn’t bet his life on it.”

A Sinatra biography published about three years ago said that it was impossible for Ronan to be the legendary crooner’s offspring because Sinatra was impotent and incapacitated by stomach surgery around the time of Ronan’s conception.

However, Allen has also expressed doubt about Ronan’s paternity in the past.

In 2014, he wrote in the New York Times, “Is he my son or, as Mia suggests, Frank Sinatra’s? Granted, he looks a lot like Frank with the blue eyes and facial features, but if so, what does this say?”

Allen went on to say in the recent profile that he paid child support for Ronan throughout his childhood, and that it wouldn’t be fair if it turned out that he was not the biological father.

“I think he is, but I wouldn’t bet my life on it. I paid child support for him for his whole childhood, and I don’t think that’s very fair if he’s not mine,” the four-time Oscar winner said.

Mia Farrow was married to Sinatra on July 19, 1966, when she was 21 and he was 50. They divorced two years later, and Farrow blamed the demise of their union on their vast age difference.

However, they remained close friends until Sinatra’s death in 1998.

Farrow was also married to André Previn from 1970 to 1979. In 1980, she began her relationship with Allen, and Ronan was born seven years later.

Rachel Weisz brags about doing ‘all my own nud* scenes’

Did Harry Styles Spit on Chris Pine For Publicity?