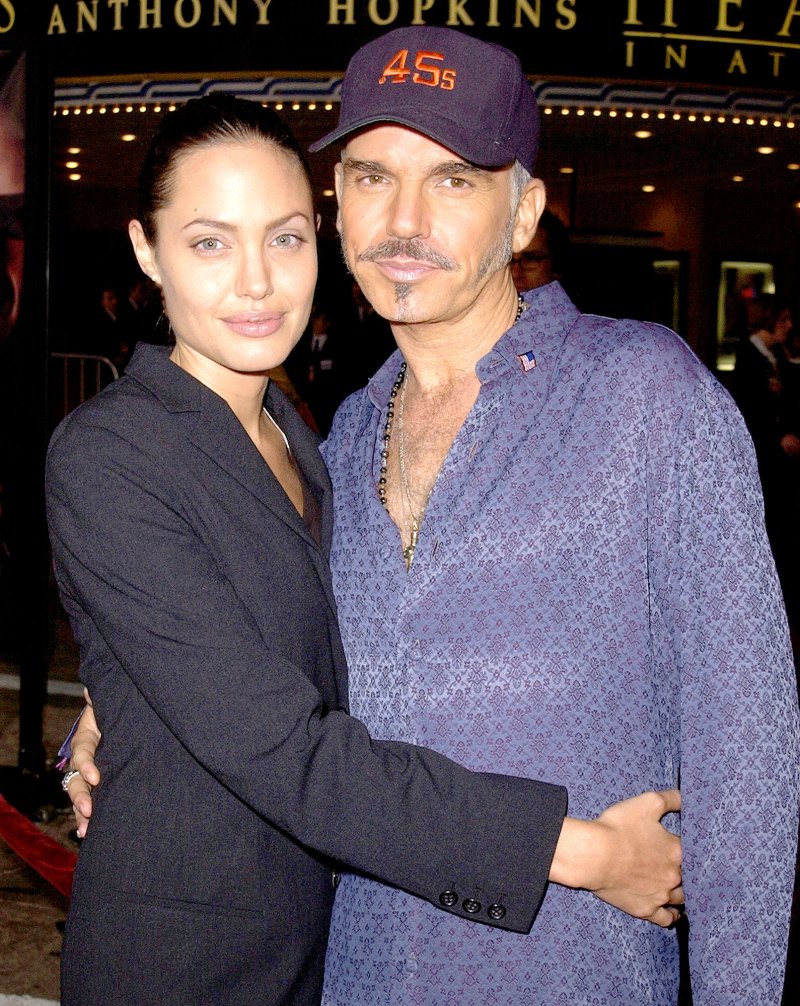 Billy Bob Thornton has revealed that he was once afraid of his former wife, Angelina Jolie. Thornton and Jolie met on the set of the 1999 film, “Pushing Tin” and eloped in Las Vegas the following year.

The couple’s marriage came as a surprise to Laura Dern, who was engaged to Thornton at the time, and was marked by unusual behavior, including wearing vials of each other’s blood around their necks and exchanging his-and-her grave plots.

However, despite the unusual nature of their relationship, Jolie defended their union, telling the New York Times that they were just like any other couple in love.

“People think they know a lot about our relationship,” she said.

“They know very little. What little they know, they’ve got pretty strong opinions about. I can’t help that. But I don’t think there’s anything weird about us… I’m just a very normal woman who is crazy about her man. And I’m also a lot of other things.”

Thornton later admitted that Jolie’s love for him once left him afraid of her. “It’s one of the things I like about this marriage,” he told The Guardian in 2001.

After just two years of marriage, Jolie and Thornton separated in August 2002. The following year, the pair divorced. Jolie has since said that Thornton “is still a friend of mine” and that “she’s a great person.”

However, Thornton has admitted that he “never felt good enough for [Jolie],” which may have contributed to their split.

Jolie has gone on to become one of the most high-profile actresses in Hollywood, known for her roles in films such as “Mr. and Mrs. Smith,” “Maleficent,” and “Lara Croft: Tomb Raider.”

She has also become known for her humanitarian work and her advocacy for refugees and other disadvantaged groups.

Thornton, on the other hand, has continued to act and has also pursued a successful career as a musician. He has received critical acclaim for his performances in films such as “Sling Blade” and “The Man Who Wasn’t There,” and has won an Academy Award for his screenplay for “Sling Blade.”

Despite their separation, both Jolie and Thornton have continued to speak highly of each other. Jolie has said that Thornton is “a really good man” and that they “had a lot of laughs” together, while Thornton has said that Jolie “is still a friend of mine” and that “she’s a great person.”

Jolie is currently in the process of divorcing her third husband, Brad Pitt, with whom she has six children.

The couple, who were together for 12 years, split in 2016 and are currently in the midst of a contentious divorce and custody battle.

Thornton, meanwhile, has been married five times and has six children from his various relationships. He is currently married to Connie Angland, with whom he has a daughter.

Jolie and Thornton’s unusual behavior and his admission that he was afraid of Jolie have only add to the intrigue surrounding their relationship.