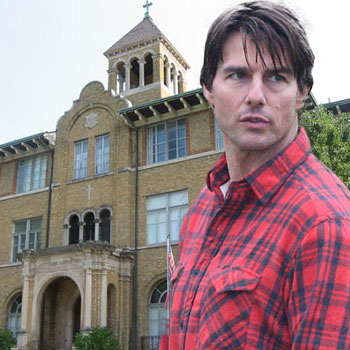 Tom Cruise has a reputation for behaving oddly in interviews, particularly when discussing his unconventional lifestyle and psychiatric beliefs. On Oprah, he had his crazy, jumping-on-the-couch moment, a furious debate with Matt Lauer, and a slew of other unpleasant and strange encounters with the press. But it’s usually what the actor says that gets him into trouble. Prior to the iconic argument with Lauer, the Mission: Impossible actor had made a scathing comment regarding Brooke Shields’ postpartum depression treatment options.

“When someone says (medication) has helped them, it is to cope, it didn’t cure anything. There is no science. There is nothing that can cure them whatsoever,” he publicly sparred back in 2005. Cruise, a Scientologist, is prohibited from taking any ‘mind-altering’ narcotics, according to People. He advised ladies to take care of themselves by taking “vitamins and exercise.”

He added, “I care about Brooke Shields because I think she is an incredibly talented women, (but) look at where has her career gone.”

“Tom should stick to saving the world from aliens and let women who are experiencing postpartum depression decide what treatment options are best for them,” the actress replied in an op-ed essay titled “War of Words.” During the depths of her postpartum depression, Shields confesses to fantasizing of overdosing on drugs and leaping out the window. After tying her ailment to drops in estrogen and progesterone levels, her doctor prescribed an antidepressant.

But Brooke says she’s over it.

“I’m sure there are people that have strong, negative opinions about me, but I don’t have the time.”

She further said that after labeling her conduct “irresponsible” in the press, Cruise personally apologized to her.

“He came over to my house. It was funny because when he called me, he said, ‘I’d like to have a sit-down and a talk with you.’ I called my publicist, and I said, ‘OK, what do I do?’ She said, ‘Whatever you do, don’t go over there. Just make them come to you, and it’s on your terms. You don’t have cameras, you don’t know,’” Shields recalled, referring to the rumors about Cruise’s controversial Scientology religion. “So he came over to the house and didn’t come with anybody, drove himself, there wasn’t anybody outside.”

Shields stated, “She said, ‘It just wouldn’t feel right without you there. And I said ‘OK, I’ll bring the something old, as long as it’s not me!'” Katie gladly accepted Brooke’s offer, much to Brooke’s astonishment.

And she said, ‘would you?'” The actress ended up bringing a vintage enamel compact. “I had no malice in my heart. It was still a wedding,” Shields said about attending.

“I felt like I was 007, or Bourne,” she said when it came time to present it to the bride. “It was so much security. It was all dark, and it was quiet.”

Those who chastised Shields for attending the high-profile event following her argument with Cruise should know that she has no regrets.

“People were so up in arms about my saying yes,” she told McCarthy. “And I said, ‘First of all, if you get invited to that wedding, you go.’ And I had no malice in my heart. It was still a wedding.”