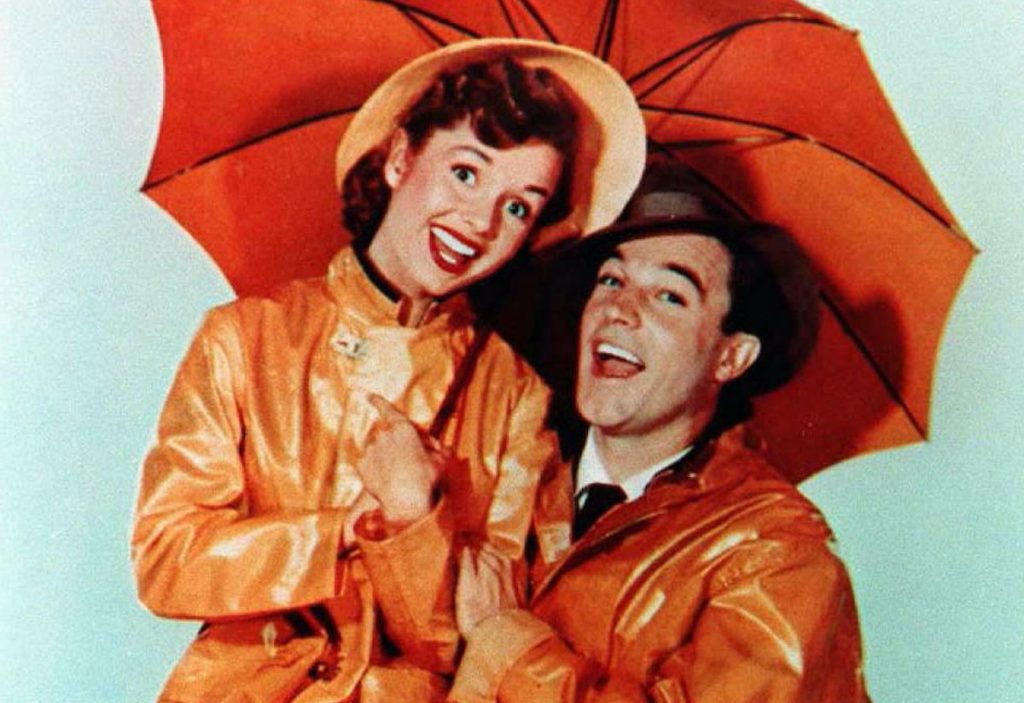 Singin’ in the Rain made Debbie Reynolds famous.

The 1952 film musical, starring Gene Kelly and Donald O’Connor, is regarded as one of the all-time greats. Songs like “Good Morning” and “Singin’ in the Rain” have grown popular, cementing the three performers’ status as some of Hollywood’s top cinematic stars of the Golden Age.

Unfortunately for Reynolds, the process of creating this masterpiece was not as enjoyable as the final product. It was a difficult and terrible period for the performer, who was new to Hollywood and young when she went on to play Gene Kelly’s on-screen lover Kathy Selden.

Debbie revealed details about the filming of the film in her 2013 biography ‘Unsinkable,’ revealing that the experience was not as idyllic as it appeared on the surface.

Kelly, who was 20 years her senior and classically trained in ballet, was a “triple threat” (actor, singer, and dancer) who had been performing in movies since the age of 12. O’Connor, who was 27 at the time.

Kelly co-directed the film with Stanley Donen, which, according to Reynolds in an interview with Turner Classic Movies, kept him busy on set every day.

“He was tough because he was the director, so he was worried about everything,” she said. “He was worried about the concept, the directing, the cinematography, the lighting. He had that all on his shoulders, so he had so much to do, so much responsibility. And he didn’t have time to horse around or kid around on the set, so there was no tom foolery.”

Reynolds was a rookie at the age of 19 and was shunned by Kelly, MGM’s biggest star.

She adds, “Gene definitely hadn’t wanted me as his costar. But Louis B. Mayer [cofounder of MGM] himself had chosen me to play Kathy Selden, and there was nothing Gene could do about it, even though he was MGM’s biggest star at the time.”

Knowing Kelly didn’t like Reynolds as a co-star was one thing. When Kelly “criticized everything I did and never gave me a word of encouragement,” as Reynolds put it, it was depressing. “He was a severe taskmaster.”

Reynolds stated wrote, “I had three months to learn what Gene Kelly and Donald O’Connor had been doing for years.”

In Singin’ In The Rain, Gene and Debbie play two people who fall in love.

One of the most unforgettable sequences in the film is when the camera comes down from above and the couple kisses as the song ‘You Are’ plays in the background.

“The camera closed in,” Debbie subsequently revealed in Unthinkable, describing her uneasiness at the scene.

“Gene took me tightly in his arms… and shoved his tongue down my throat.

“‘Eew! What was that?’ I screeched, breaking free of his grasp and spitting.

“I ran around frantic, yelling for some Coca-Cola to cleanse my mouth.

“It was the early Fifties, and I was an innocent kid who had never been French-kissed.

“It felt like an assault. I was stunned that this 39-year-old man would do this to me.”

Kelly was irritated by his costar’s reaction, but the show had to go on. Reynolds and Kelly re-shot the scene that fans are familiar with.