By 1957, Jerry Lee Lewis had already married twice; he married Jane Mitcham, his second wife, 23 days before his divorce from Dorothy Barton was finalized.

And now, thanks to Cuepoint, we have intriguing insight into the relationship that nearly wrecked Lewis’ career: his 1958 marriage to Myra Gale Brown, his 13-year-old third cousin. Myra Williams is her name, and she works as a real estate broker in Atlanta.

To make matters worse their marriage had taken place before the second divorce had been finalized.

Lewis didn’t appear to comprehend that most urban markets found this disrespectful (and to other countries). Jud Phillips (brother of producer Sam) from Sun Records had advised him against taking Myra on his first European tour. Jerry Lee, never one to back down from a decision, took her anyhow. Lewis obligingly told the British press that Myra was his wife when they got off the plane on May 22, 1958. (although he gave her age as 15 and moved up the date of their actual wedding). “You can marry at 10 if you can find a husband,” his bride told the crowd. 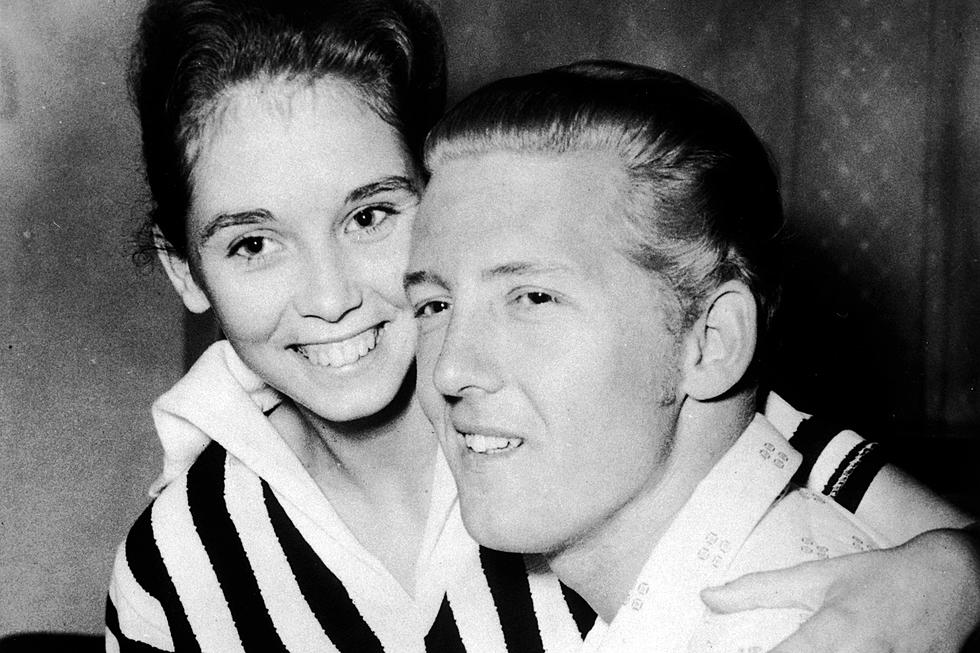 Ray Berry, a British journalist patrolling the airport, asked Myra a simple question: “Who are you?” She answered honestly, claiming she was Jerry Lee Lewis’s wife, because she hadn’t been given any guidance on how to deal with reporters.

According to music journalist Alan Light, the British tabloids ripped Lewis to bits, and his career “took a nosedive right into the concrete.” However, she claims that adversity enhanced their bond:

“It was something that marked Jerry for life. We kept thinking every year, every six months, that it was going to go away, they’re going to stop talking about it, and it just didn’t happen. But it brought me and Jerry very close, and we had ten incredible, wonderful years together after that.”

The British tour was canceled within days, and the budding rock sensation was performing for $250 in pubs and clubs instead of the $10,000 huge performances he was doing before the crisis. Former friends abandoned him, and Myra subsequently said that the “Jerry Lee Lewis’s child bride” prefix to her name was something she’d never shaken off.

The British press began labelling Lewis a “cradle robber” and a “baby snatcher,” criticizing his performances (which were always hit-or-miss depending on the singer’s mood), and called for a boycott of his shows. More than one publication even suggested his deportation. Jerry and his new bride departed the country after numerous tour dates were canceled.

Furthermore, when Lewis’ jet landed in New York, he discovered that the controversy had followed him across the Atlantic, thereby ending a career that had looked the only one capable of matching Elvis Presley’s at its zenith. (The fact that his most latest hit was titled “High School Confidential” didn’t help matters.)

Lewis’ career took a decade to recover. Even though he had a few rock ‘n’ roll hits, it wasn’t until 1968 that he found popularity as a country performer. But he remained perplexed as to what he’d done wrong – despite the fact that Myra was originally listed as 15 rather than 13 shows that someone, somewhere, had noticed something was wrong.

He told one reporter, “I plumb married the girl, didn’t I?” The newlyweds had moved in with her parents, indicating that everything was in order, right? They’d conducted a second marriage ceremony to settle the divorce question — wasn’t that enough? And wasn’t Presley dating 14-year-old Priscilla by 1959, when he expressed his support for the marriage as long as the pair was sincerely in love?