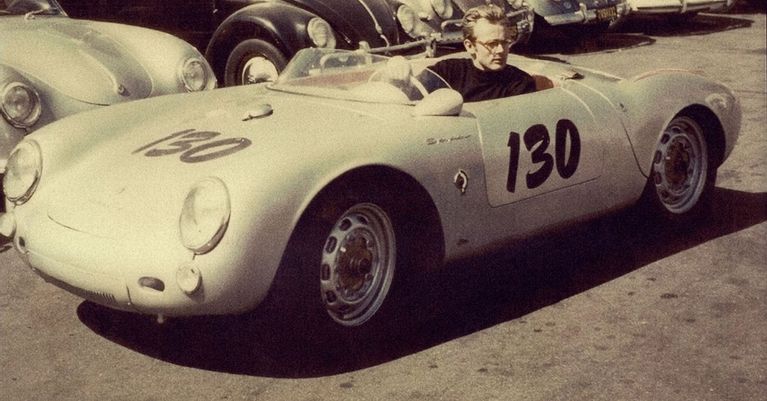 James Dean is a name that almost everyone knows. With his on-screen performances, this captivating actor captivated the globe, and his passion for fast automobiles piqued the interest of the car community. Unfortunately, one of Dean’s most memorable experiences occurred on September 30th, 1955, when his Porsche collided with another automobile traveling at 85 miles per hour. But that wasn’t the end for Dean’s Little Bastard.

From the minute Dean purchased it, the Little Bastard had caused a stir. Dean met British actor Alec Guinness in Los Angeles a week before the deadly incident. ‘The sports car looked sinister to me … exhausted, hungry, feeling a little ill-tempered in spite of Dean’s kindness, I heard myself saying in a voice I could hardly recognise as my own: ‘Please never get in it…if you get in that car you will be found dead in it by this time next week’,’ Guinness wrote in his diary.

The 550 Spyder was Porsche’s most desired sports racer at the time, a sleek and ultra-lightweight aluminum-bodied roadster that would race to victory in Europe and North America in the hands of professional drivers. 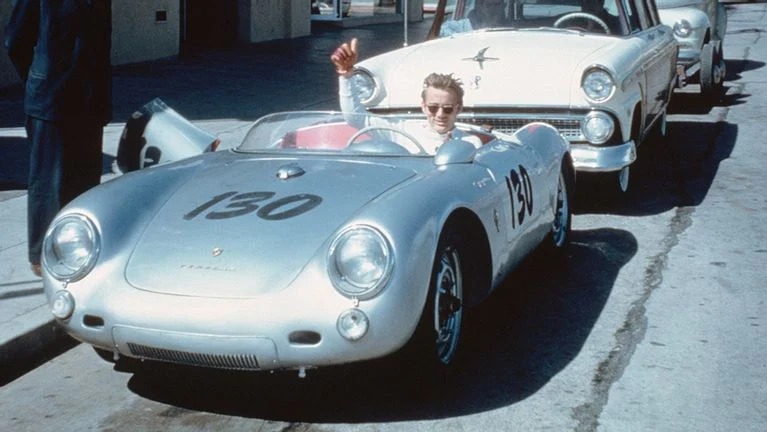 Dean acquired the automobile on September 21, 1955, after finishing the film “Giants,” in preparation for his return to SCCA races.

Rolf Wütherich, a Porsche factory-trained technician, sat in the passenger seat. A Ford station wagon followed, driven by Bill Hickman, a stuntman buddy, and a photographer who planned to capture Dean that weekend. They left after a short coffee and donuts across the street from Competition Motors for the car’s first race in Salinas, around 300 miles north.

This was done to familiarize with the car’s handling and to break in the engine.

Near Bakersfield, Dean and Hickman were both stopped and ticketed for speeding at 3.30 p.m. A Ford Tudor car turned across the road in front of Dean on Highway 466 (now state route 46) near Cholame just over two hours later. Donald Turnupspeed failed to notice the fast-moving tiny Porsche, and the two cars collided nearly head-on. 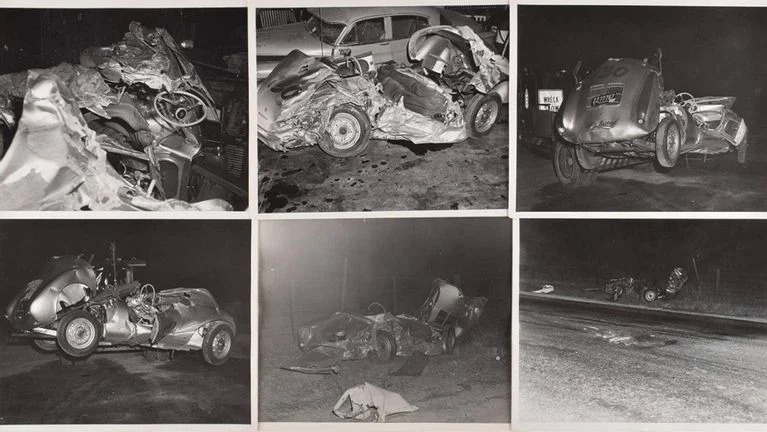 Dean, 24, died quickly after suffering a shattered neck and severe internal damage. The little, light Porsche was a mangled mess. Wütherich was flung clear and survived despite being severely hurt. Turnupspeed, a 23-year-old military veteran and college student, was just slightly hurt.

After the collision, the car was ruled a total loss and sent to a salvage yard, where it was acquired for parts by another Southern California racer, William Eschrich. The engine was rebuilt and sold to Troy Lee McHenry for use in his Porsche race vehicle. Both men died in the same race, and the Little Bastard claimed another life almost 11 months after Dean’s death. In the opening lap of the 1956 Pomona sports-car races, Troy Lee McHenry’s Porsche collided with the single tree on the circuit.

Dean’s Porsche kept going. George Barris, the self-proclaimed “King of Kustoms,” acquired the Spyder shortly after the collision and promised to fix it. When the wrecked frame was discovered to be beyond repair, Barris decided to profit off the car’s fame. The Porsche was leased to the National Safety Council’s Los Angeles branch, and it went on a ghastly tour of auto exhibitions, movies, and bowling alleys from 1957 through 1959. The automobile strangely caught fire while in storage in Fresno in March 1959. It was only little damaged, with two melted tyres and some singed paint, and the fire luckily did not spread to other vehicles in storage. Meanwhile, Barris had sold a set of 550 tyres, which apparently blew out at the same moment, sending the new owner off the road.

There were several accidents until one day in 1960, when the automobile was on its way to a safety show in Miami but inexplicably vanished during transit and was never seen again.

The Hilarious moment the Cast and Crew of “Titanic” got high on PCP
The Most Cursed Movie Ever Made: Roman Polanski’s horror ‘Rosemary’s Baby’
Advertisement