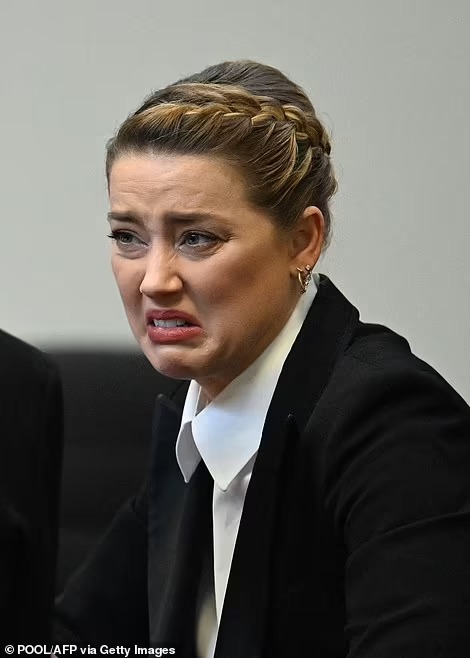 During the couple’s defamation trial on Tuesday, Amber Heard’s former nurse testified that she was “jealous and anxious” of her then-partner Johnny Depp’s fame and ability to meet women frequently.

Nurse Erin Falati, who worked with both Amber, 36, and Johnny, 58, made the assertion in notes given to the Virginia courthouse, which also detailed Amber’s “substance abuse”.

Under questioning from one of Depp’s attorneys, Falati appeared in court via video deposition and went over her notes on her handling of Heard, beginning with their first encounter in August 2014. 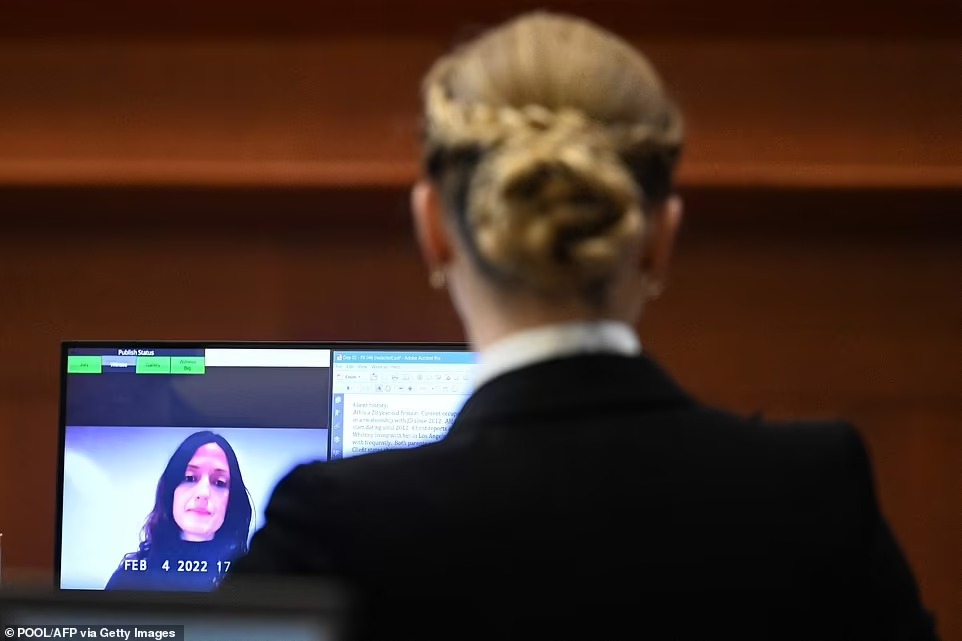 Heard ‘reports a history of substance abuse, including a cocaine and liquor addiction,’ according to the notes.

The notes show that ‘Heard does not smoke but reports drinking ‘1-3 glasses of red wine a day.’

‘Familial history of substance abuse, both mother and father have abused and become dependent on stimulants,’ according to the notes.

‘Client identifies as bisexual, and was married to a female partner prior to current relationship.’ Heard had been “experiencing increased agitation recently and has had several outbursts of anger and rage. Her mood has been labile,” the note continued. “Emotional lability is when emotions spin on a pendulum, you see someone sad and quickly transition to extreme happiness, it’s like a pendulum,” Falati explained.

Heard’s occasional comments about feelings of “insecurity and jealousy” when she was apart from Depp are also recorded in the nurse’s notes.

“Client expressed concern to husband and Dr Kipper (Depp’s personal doctor) she is nervous about being alone while husband is working (on movie set in London) and expressed she has difficulty dealing with feelings of insecurity and jealousy when not in presence of her husband.”

This wasn’t a regular theme, according to the nurse, but it did come up at times while she was treating Amber.

Ms Falti was questioned about notes she took in September 2014, in which she indicated that Ms Heard had “difficulty with jealousy issues and anxiety around fiance’s fame and ability to interact with females often”.

She told the court that she couldn’t recall any specifics about it, but that it had come up in general.

Falati said in court that she had had a “general sense of jealousy and anxiety issues” throughout the years.

Heard gently repeated herself, prompting Falati to consider her ‘change in coping mechanism,’ since Heard’s past coping skills included ‘anger and yelling.’

According to a note filed by Falati on March 25, 2015, Heard was “concerned about ability to trust fiancée following argument” two days prior. Falati stated in court that she had a “generalized memory” of jealousy and anxiety issues, as well as distrust, throughout the relationship.

When questioned if she remembered Heard believing Depp was “cheating on her,” Falati stated she didn’t recall Heard thinking Depp was “cheating on her,” but she did recall a general feeling of jealously. At another email dated December 17, 2015, Falati wrote about Heard in her Los Angeles penthouse following a disagreement with Depp. According to the records, Heard ‘had visible bright red blood appearing at the center of lower lip’ and it was ‘actively bleeding.’

The medical notes stated: ‘Heard stated it was from injury sustained in an argument between her and her husband.

‘States her head is bruised and she has lost clumps of hair in the altercation.’

“Heard appears to laugh and smile when talking to friends but mood turns depressed and affects flat when she is alone or talking with friend Rocky. Heard said: ‘I can’t believe (Depp) isn’t here yet. He keeps saying he is on his way but he still hasn’t shown up,'” the notes describing the evening stated. After a two-hour crunch meeting with his accountants, Depp arrived at 10.15 p.m. The next day, Heard and her pals went to the Coachella music festival to celebrate her birthday.

Falati wrote about seeing Heard at his house in a message dated May 11, 2016.

‘Client admits to illicit drug use, and states she ingested mushrooms and MDMA simultaneously and vomited and was ‘high for at least 24 hours straight,’ according to the note.

‘(Falati) reminded client that illicit drug use will not be tolerated by medical staff and that any medications or drugs that are not prescribed can cause adverse effects with her prescribed medication.

‘Client laughed and also reported using illicit drugs (mushrooms and MDMA) on March 9 at home with a high profile male acquaintance. Client reported that her husband was not aware of the male visitor, not her illicit drug use.’

Johnny has denied all allegations that he has ever assaulted Amber.