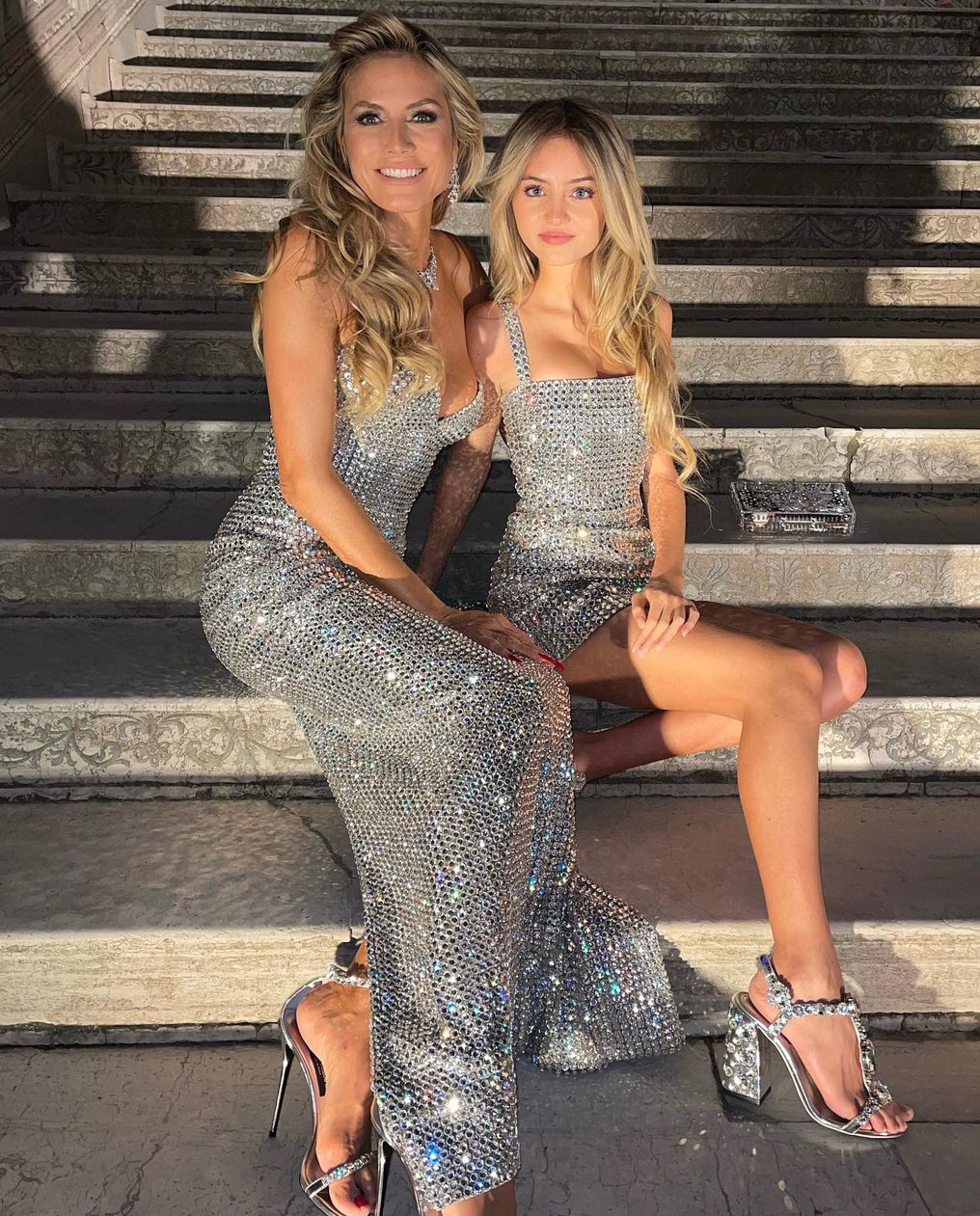 Leni Klum, like her mother, is clearly destined for a successful modeling career. After accepting proposals as early as the age of 12, the 17-year-old started modeling professionally in 2021. Her mother had previously graced the cover of Glamour Germany in the magazine’s inaugural issue in 2001.

“So excited for my first cover,” Leni remarked on Instagram recently. “I had so much fun on set with @voguegermany couldn’t dream of a better start!! Thank you for being by my side @heidiklum.”

Heidi, 48, posed in a pool with a smokey eye and slicked-back hair for her cover, but she also revealed Leni’s, which offers a close-up of the young model with an emphasis on her piercing eyes. Heidi, 48, exudes glitz as she stands in a pool of water with her daughter Leni, 17, staring intently at the camera.

Heidi looked stunning with her damp hair slicked back and a shimmering bronze eye shadow on her honey-colored lids.

She put her manicured fingers on the stone while wearing a yellow dress that floated in the sea.

The coverline reads, “Fashion Fabulous at every age.”

“I like it very differently than at home!” Leni told Harper’s Bazaar about her own style.

The model duo has already graced glossy covers together; in late 2020, they featured Vogue Germany, marking Leni’s maiden step into the fashion industry.

Heidi and Leni Klum were featured on the cover of ELLE Russia in December. This cover, unlike their prior session, has both ladies modeling together. These new covers provide a tiny gap between the two, which will assist Leni Klum build her career in the long term.

Leni has been interested in modeling since she was 11 years old, definitely following in her mother’s stylish footsteps.