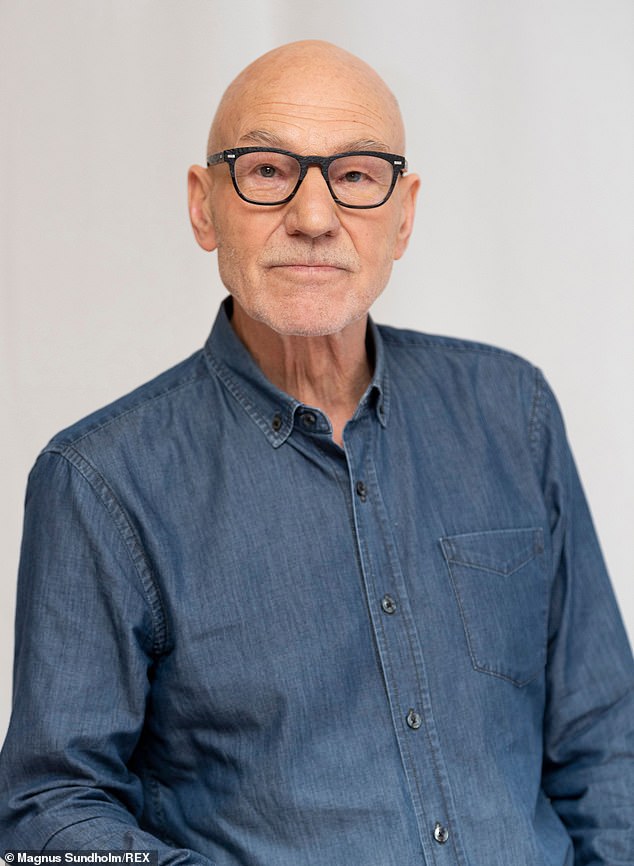 Sir Patrick Stewart has disclosed that he is currently undergoing therapy to deal with childhood trauma.

The actor from “Star Trek: Picard” is still affected by his father’s numerous acts of violence towards his mother when he was a child.

The 80-year-old actor said he had suppressed anger his whole life out of fear of inheriting his father’s violent tendencies.

Speaking to the Telegraph, the star said: ‘I am 80 years old, and I am still in therapy. I see someone every week here in Los Angeles, who I have seen on and off for nearly 20 years.

‘I’m still searching myself, still asking questions of myself, and that is certainly the case when I try to recall what it felt like to be in the middle of violence, and there being nothing I can do.’

Sir Patrick, his parents — war veteran Alfred and textile worker Gladys – and elder brother Stewart all resided in a tiny cottage in West Yorkshire where the violence took place.

The siblings frequently had to intervene violently to prevent Alfred from hitting Gladys, and this, understandably, has made a lasting impression on Sir Patrick.

He explained: ‘We became experts at knowing when the moment had arrived in the shouting when we had to physically put our bodies between our mother and our father. Children should not [have to] become experts at this kind of thing, but we knew when violence was about to happen because we’d seen it so many times.

‘I knew that all of our neighbours knew what happened in our house, and it humiliated me, shamed me. My brother and I felt ourselves responsible for what happened, but of course we were not.

‘To know that you were surrounded by people who were aware of the horror stayed with me, and that’s why I never talked about it.’

The X-Men star admitted that he was always afraid of losing his cool around his children from his previous marriage to Sheila Falconer.

“(Emotions) had to be controlled,” he shared. “I had two children (Daniel and Sophia) and there was no violence in our house. I remember my son, who ended up being much taller than me, going nose to nose with me, arguing about something. I had to suppress all of that (anger). So yes, it was there, it’s still there.”

Sir Patrick also said that when he was was subjected to physical punishment at school, he thought if he fought back, he would kill his headmaster.

“I was beaten with a cane by my headmaster when I was 14, (when) I was innocent of what he was accusing me of,” Patrick recalled. “It was one of the hardest moments ever, because I wanted to attack him. I would have killed him. If I’d actually got my hands on him, I don’t think he’d have made it out.”

Patrick said in 2018 that his father first appeared in his life after he participated in the war, and that he would ‘direct all abuse to his poor wife’ but ‘none to his children,’ leaving him ‘ashamed’ to seek treatment for the family problem.

Speaking to Loose Women he said: “He never abused his children. It was all directed at my poor mum. If we could have done, yes [we would have taken the blows]. Standing between them would stop it, he [his father] would stand back.”