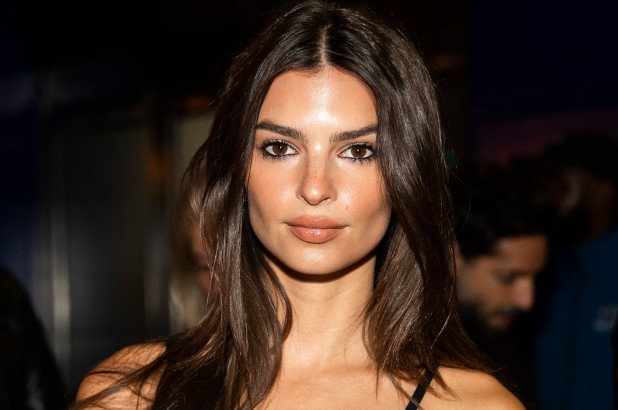 According to court records acquired by E! News, Emily Ratajkowski is being sued for $150,000 (£116,940) by a paparazzi photographer for posting one of his photographs without permission.

Lensman Robert O’Neil filed a complaint in the Southern District of New York against Ratajkowski, alleging copyright infringement. He alleges that the Gone Girl actress did not license his photos and did not obtain his permission or authorization to display it on her Instagram profile.

O’Neil is seeking up to $150,000 in damages, as well as reimbursement for any income she made as a result of his efforts.

In the original shot, the stunner is seen walking down the street with a bunch of flowers covering her face, wearing an enormous jacket and tennis shoes.

According to O’Neil, the 28-year-old posted the photo to her 24 million Instagram followers with the comment “Mood Forever” on her Instagram Story, which has now expired.

This isn’t the first time O’Neil has attempted to sue a public figure for allegedly utilizing photographs without permission. In September of this year, he filed a lawsuit against model Gigi Hadid for a photo she shared on her Instagram stories over a year ago of her ex-boyfriend Zayn Malik.

The court documents read at the time: “This action arises out of Defendant’s unauthorised reproduction and public display of a copyrighted photograph of English singer and songwriter Zayn Malik, owned and registered by O’Neil, a New York-based professional photographer.”

“Gigi Hadid is not, and has never been, licensed or otherwise authorised to reproduce, publicly display, distribute and/or use the Photograph.”

Last week, Justin Bieber faced a similar situation after sharing an image he didn’t own, but he subsequently said on social media that he had reached an agreement with photographer Robert Barbera.

“Photo taken by @papculture!” Bieber wrote on Instagram in a since-deleted post. “Stop all the fuss we worked it out! He’s a good dude!!!!! What do you guys think album and another tour?”

The photo shows Bieber and his friend Rich Wilkerson peering out of a car while the caption reads: “Me and my guy @richwilkersonjr” with no credit to the photographer.