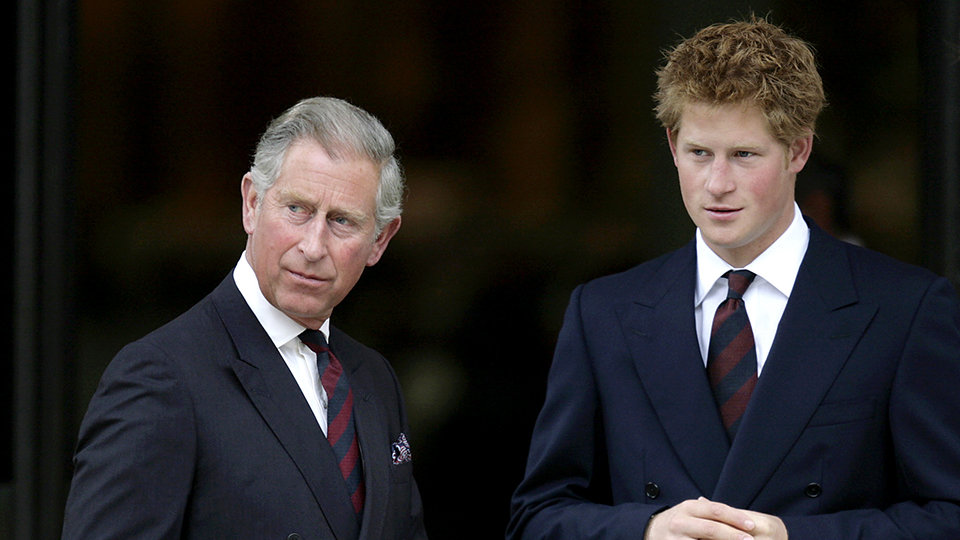 ** FILE ** In this file photo dated Aug. 31, 2007, Britain’s Prince Charles, left, Prince Harry, center, and Prince William, right, arrive for the Memorial Service for Diana, Princess of Wales at the Guards’ Chapel in central London. Princes William and Harry said Tuesday, Jan. 6, 2009 they have been granted their own royal “household” by their grandmother, Queen Elizabeth II. The household the two princes will share will have three main staff members, supported by a “small” team. (AP Photo/Leon Neal, Pool-File)
temp3

According to an expert, Prince Charles is “boiling with anger” following his son Harry’s recent assaults on the royal family’s treatment of him.

In a series of interviews, The Duke of Sussex has slammed Prince Charles’ parenting. In the Apple TV+ docuseries ‘The Me You Can’t See,’ Harry told Oprah Winfrey that his father had let him “suffer” as a child in the glare of the media.

“My father used to say to me when I was younger, he used to say to [Prince] William and I, ‘Well, it was like that for me, so it’s gonna be like that for you.’ That doesn’t make sense… just because you suffered, it doesn’t mean that your kids have to suffer. In fact, quite the opposite. If you suffered, do everything you can to make sure that whatever experiences, negative experiences that you had, you can make it right for your kids. We chose to put our mental health first. That’s what we’re doing. And that’s what we will continue to do. Isn’t this all about breaking the cycle? Isn’t it all about making sure that history doesn’t repeat itself? That whatever pain and suffering has happened to you, that you don’t pass on.”

“Charles is boiling with anger and feels tortured by Harry with his constant digs. He wishes he’d just let it drop,” the insider explains. “The general consensus within the royal family is to ignore Harry’s behavior, to avoid fanning the flames, but Charles is finding it hard to hold back. He really wants to defend himself.”

According to royal expert Nick Bullen, editor in chief of True Royal TV, Prince Charles is “hurt” and “disappointed” by his youngest son’s statements, but is not responding publicly.

This is similar to how Charles felt about Harry earlier this month—he simply isn’t interested in Harry spilling royal tea. Following Prince Philip’s funeral in April, a source told The Sun that “Charles felt aggrieved at how the family’s personal affairs and family dramas were expressed in such a ‘insensitive’ way” during Harry’s tell-all interview with Oprah.

While Harry and Meghan Markle “chose to put our mental health first,” he claimed Charles doesn’t get it.

“Isn’t this all about breaking the cycle? Isn’t it all about making sure that history doesn’t repeat itself? That whatever pain and suffering has happened to you that you don’t pass on?” he asked. “My mother was chased to her death while she was in a relationship with someone that wasn’t white. And now look what’s happened. You want to talk about history repeating itself? They are not going to stop until [Meghan] dies. It’s incredibly triggering to potentially losing another woman in my life. The list is growing. And it all comes back to the same people, the same business model, the same industry.”

“When it comes to parenting, if I’ve experienced some form of pain and suffering because of the pain and suffering that perhaps my father or parents suffered, I’m gonna make sure I break that cycle so that I don’t pass it on,” Harry said on the Armchair Expert podcast.

While one source told Us earlier this month that Queen Elizabeth II still has a “soft spot” for Harry, another said Charles and William wish he wouldn’t be so open in public.