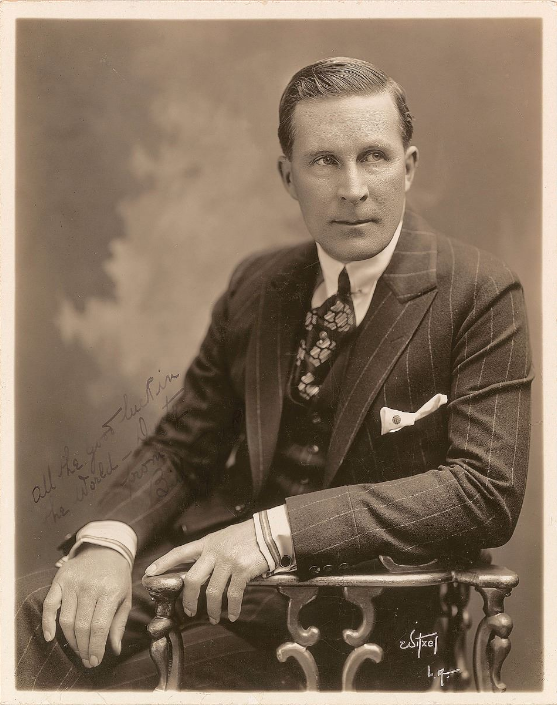 One hundred years ago, Hollywood was stunned by the murder of Irish film director William Desmond Taylor. Born William Cunningham Deane Tanner in Carlow, Ireland, Taylor was the son of a British Army officer and grew up in the privileged surroundings of Anglo-Irish society. In 1885, he attended Marlborough College in England, but his adventurous spirit led him to venture to the United States in 1891.

In America, Taylor found employment as a cowboy on a ranch in Kansas run by Francis Turnley, a man from Antrim. When the ranch closed due to Turnley’s death, Taylor worked various odd jobs from Missouri to Illinois. He eventually joined a touring theater company and began his career in the entertainment industry.

After his sister died in Ireland, Taylor received a small inheritance and used it to set himself up in New York. There, he met and married actress Ethel May Hamilton, with whom he had one daughter. The couple was well-known in social circles, but Taylor struggled with depression and alcoholism. In 1908, he suddenly left his family and travelled around the US and Canada for several years, leaving many people, including his wife, unsure of his whereabouts.

In 1912, Taylor was finally located in San Francisco, and his wife was able to obtain a divorce from him. He then moved to Los Angeles, where he acted in several silent films before becoming a director. He quickly gained a reputation as a sought-after filmmaker and went on to make up to 60 movies. His directorial debut was “The Judge’s Wife,” and he followed that with a popular 30-episode serial called “The Diamond from the Sky.” Other notable films by Taylor include “Davy Crockett,” “Huckleberry Finn,” and “Anne of Green Gables.”

In 1918, Taylor enlisted in the Canadian Expeditionary Force and was stationed in Dunkirk during the final days of World War I. By 1919, he had reached the rank of Major and had served in Bergues, France. After the war, he returned to Hollywood and resumed his film-making career, producing more hit movies starring actors such as Wallace Reid and Mary Pickford.

On the morning of February 2, 1922, Taylor’s body was found in his bungalow in Westlake, Los Angeles. He was lying on the living room floor with a bullet in his back. The crime scene was compromised by the number of people who had already entered the house before the police arrived, some of whom were rummaging through Taylor’s belongings.

A number of suspects emerged, such as 19-year-old actress Mary Miles Minter, who had appeared in several of Taylor’s films and had a romantic relationship with him despite her mother’s disapproval. Rumors circulated that Minter’s mother had shot Taylor, as she owned a .38 caliber pistol and got rid of it after his death.

Another suspect was actress Mabel Normand, a comedic star who had worked with Charlie Chaplin. Normand struggled with drug addiction, and Taylor had sought to help her by giving the names of her drug suppliers to the police. Some in Hollywood believed that Normand or her drug dealers had ordered a hit on Taylor.

Another suspect was Edward Sands, a 27-year-old valet who had been employed by Taylor. Sands had a criminal record and was known to be involved in drugs and gambling. He had been seen arguing with Taylor on the night of the murder and was known to carry a gun. He became the prime suspect and was arrested, but no charges were filed due to a lack of evidence.

Despite a thorough investigation, the murder of William Desmond Taylor remains unsolved to this day. Many theories and suspects have been proposed, but no one has been able to provide conclusive evidence or a motive for the crime. Taylor’s murder remains one of Hollywood’s most enduring mysteries, and his legacy as a talented filmmaker continues to be remembered.