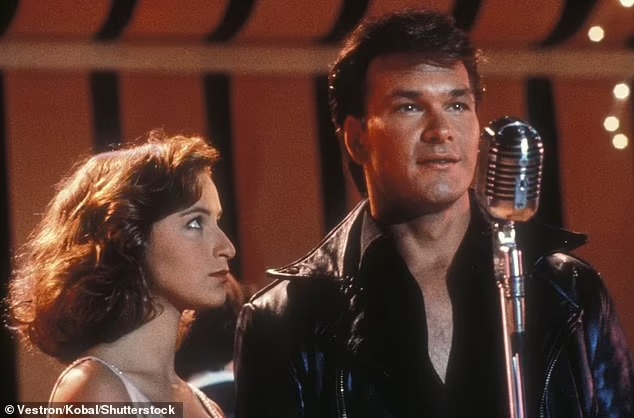 Matthew Broderick and Jennifer Grey were secretly touring Ireland in the summer of 1987.

Broderick had just finished filming Biloxi Blues. Grey had a few spare weeks prior to beginning her Dirty Dancing press tour. The busy pair, whose hostile brother-sister performance in Ferris Bueller’s Day Off marked the beginning of a more amicable off-screen relationship, chose to travel on vacation. They took a plane to Ireland and leased a BMW 316 with the intention of seeing Northern Ireland by car. They left Irvinestown for Maguiresbridge on August 5th. However, the trip came to a devastating end 80 miles west of Belfast when their car crashed and killed two people.

Before the collision, Grey, who was 27 at the time, and Broderick, 25, stopped by a gas station to get directions. A police officer who wasn’t on duty volunteered to direct them to the right road after being warned that their chosen path was “just stupid”.

Broderick turned down the offer and continued on his own. The cop who followed Broderick for a few miles said, “He wasn’t going fast. Less than 40 mph.”

While a “sudden downpour” left the roadway wet, “[s]ome speculate that Broderick may have started driving on the right out of American habit.”

The reason? Despite the fact that the road “had no curves or obstructed views,” the actor’s car “collided head-on with a Volvo,” killing Anna Gallagher and her mother Margaret Doherty.

She was driving with her 63-year-old mother, Margaret, and both women were pronounced dead on arrival at Erne Hospital.

Broderick was rushed to the same hospital with face cuts and a badly broken right leg.

“We had to cut the side away from the American’s car to give him first aid,” Ken Ramsey, of the local fire brigade, said at the time. Ramsey added that, while Broderick was in pain, “his main concern was for the people in the other car.” Ramsey recalled, “He kept saying ‘Did I hurt them? Did I hurt them?'” Grey suffered only superficial bruises, but Ramsey noted that “she was very brave and supportive.” But when it comes to the mental repercussions of such a tragic accident, it seems neither star has ever fully recovered.

The couple had been dating in secret, and the crash catapulted the relationship into the public eye after Grey cut off publicity for Dirty Dancing to stay by his side in hospital.

“It’s a real tragedy,” says a New York friend of Grey. “Jennifer’s movie is opening, and she was finally having her moment.” The cause of the accident has yet to be determined. Broderick is not of the wild strain of some of his Brat Pack peers. “They’re not crazy in anyway,” says the friend. “I’m sure it was a total accident.” But Broderick—who may remain hospitalized for three weeks—could face legal charges if the police investigation finds any evidence of negligence.

Although actor Matthew Broderick was behind the wheel when his rental car instantly killed two women, the Election star can’t recall the details of the tragic day. “I don’t remember the day,” Broderick said (via the New York Post). “I don’t remember even getting up in the morning. I don’t remember making my bed. What I first remember is waking up in the hospital, with a very strange feeling going on in my leg.” After the collision, Broderick “spent four weeks in a Belfast hospital with a fractured leg and ribs, collapsed lung and concussion.”

According to the Post, Broderick was first charged with “causing death by dangerous driving and faced up to five years behind bars.” However, the charges were ultimately downgraded to careless driving — for which he was fined only $175 — as he wasn’t under the influence. The victims’ family called the charges “a travesty of justice,” but Martin Doherty, brother and son of the women who died, eventually forgave the actor. “He didn’t kill my mother and sister deliberately,” he said.

Broderick, on the other hand, had a much more difficult time forgiving himself.”It was extremely difficult coming to grips with what happened, but in time I felt better about that terrible experience,” he told Best magazine (via the New York Post). “Therapy helped.”