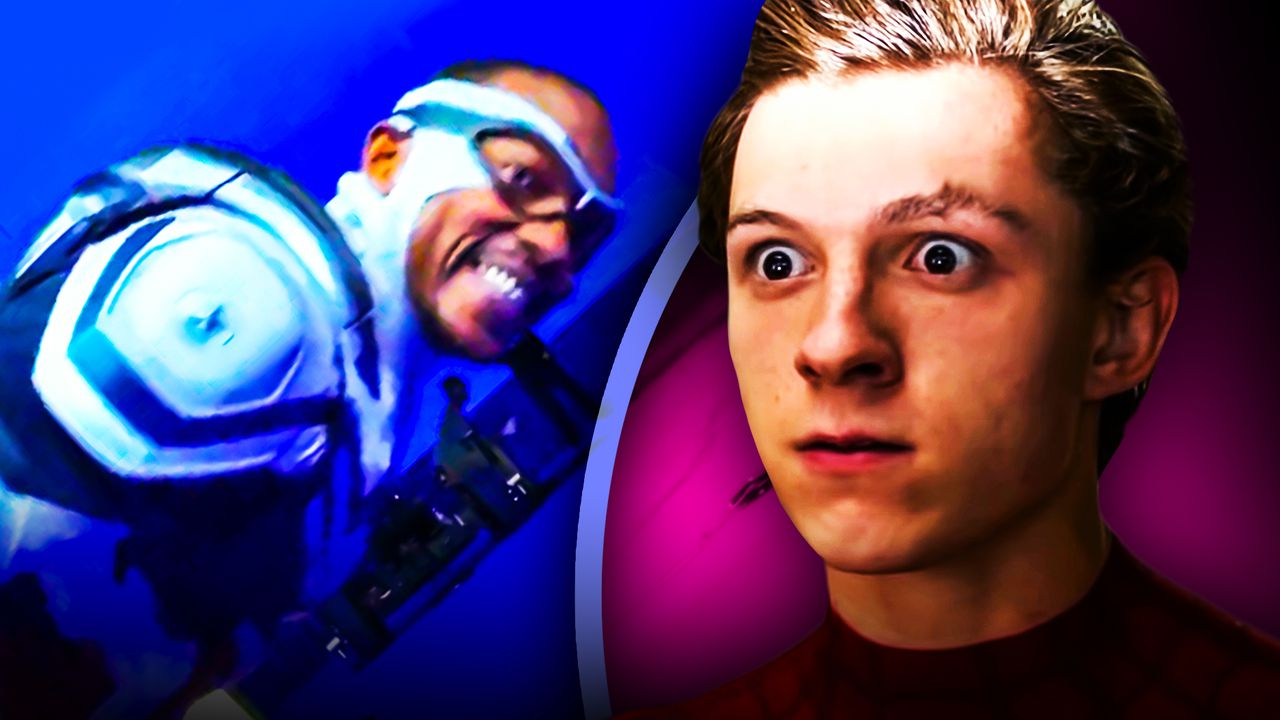 During his acceptance speech for Best Duo at the MTV Awards, Anthony Mackie, star of The Falcon and the Winter Soldier, humorously called out Tom Holland.

The actor, who has played Sam Wilson/Falcon/Captain America in the Marvel Cinematic Universe, received two prizes on the night.

During his victory speech for Best Duo, which he shared with Sebastian Stan for The Falcon and the Winter Soldier, Mackie issued a serious warning to his Avengers: Endgame co-star.

Before gazing menacingly into the camera, Mackie implored fans in person and on TV to “be safe” and enjoy the night. As the audience laughed and roared behind him, he proceeded to tell Holland, “I’m on your ass”:

During their individual media appearances, Mackie and Holland have a history of making good-natured jokes and mocking one other. Mackie’s remark was the latest in a friendly dispute between the two.

Tom Holland mentioned during the marketing for the last Avengers films that his character gets his own films, whilst Falcon has yet to earn his own. Following Falcon’s takeover of Cap’s mantle in The Falcon and the Winter Soldier, that footage resurfaced recently when it was announced that a whole new Captain America film is in early development, with Anthony Mackie in the main role.

During a press conference for The Falcon and the Winter Soldier, Mackie revealed that the two had a friendly wager on whose franchise would make the most money. “I just want to see somebody do an algorithm or figure out if we were in a movie theater how much money we would have made,” Mackie remarked on the radio in March. “Because I know it would’ve been more than Tom Holland as Spider-Man!”

When Holland and Mackie will star in another MCU film together is unknown. There’s always the potential that the two performers’ off-camera shenanigans may impact whatever moments Peter Parker and Sam Wilson have together in future Marvel films. Whether or not that occurs, Mackie appears to be relishing his time in the limelight, especially with a target like Holland in his sights.

In March of this year, Disney+ premiered The Falcon and the Winter Soldier. Along with WandaVision, it’s one of two Marvel programs that have just appeared on the streaming site. Several more are on the way, including Loki, which will debut on Disney+ on June 9th.