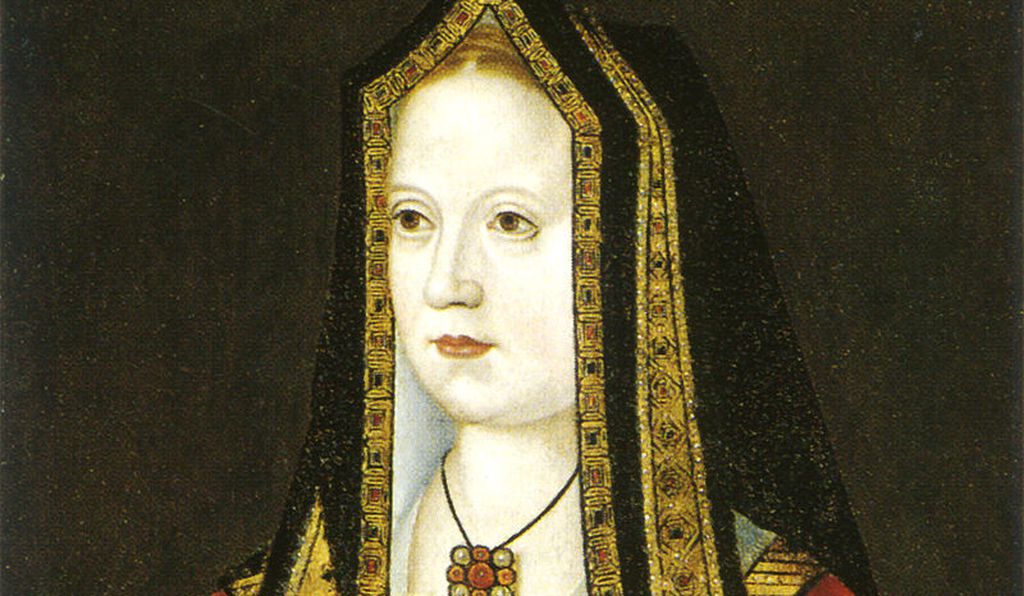 When Elizabeth Woodville died in 1492, she was buried without the pomp and ceremony that a woman of her status deserved. Only five servants escorted her casket down the Thames River to Windsor Castle, despite the fact that she was Edward IV’s queen consort, mother of the missing princes in the tower—Edward, Prince of Wales, and his younger brother Richard, Duke of York—and grandmother of Henry VIII. Rather than the usual tolling of bells, Elizabeth’s entry was received with quietness. Soon after, England’s “White Queen,” so-called because of her ties to the royal House of York, as symbolized by the white rose insignia, was buried without undergoing any conventional burial rites.

The ambassador, Andrea Badoer, wrote in July 1511 that “the Queen-Widow, mother of King Edward, has died of plague, and the King is disturbed.” The ambassador could only be referring to Elizabeth Woodville, mother of the princes in the Tower and a woman renowned for her “lynx-eyed” beauty, which drew Edward IV’s attention. It is the only known reference to Elizabeth’s death being caused by plague, but records specialist Euan Roger believes that if the queen did die in this way, it provides an alternative explanation for why accounts of her death are so conflicting.

If Roger’s theory is correct, as he claims in a new study published in the Social History of Medicine, the letter would explain not only the dowager queen’s simple funeral (plague victims were often buried quickly and without ceremony due to fear of contagion), but also the Tudor king’s exaggerated, lifelong fear of plague and other deadly illnesses.

Badoer’s letter, according to Flood, is the only near-contemporary source that identifies Elizabeth’s cause of death. Most historians previously ascribed the queen’s request for a funeral “without pompes entring or costlie expensis donne thereabout” to the reason for the simple burial ritual.

“Unless there was a specific need for haste – such as death from a contagious disease – it seems inconceivable that such a secretive and speedy journey would be necessary,” Roger adds. “Immediate burial on arrival at Windsor strongly suggests the later Venetian account of plague as the cause of Woodville’s death, and it was fear of infection and miasmatic air, rather than the Elizabeth’s request for a simple funeral, that was behind the haste with which early proceedings took place.”

Given that Elizabeth spent the latter years of her life in relative seclusion at Bermondsey Abbey, this interpretation makes logical. It also explains why she was buried right away after arriving at Windsor, rather than being laid out in the church for several days.

“The death of Henry VIII’s grandmother from plague and the memory of such an event at court clearly remained in the King’s thoughts several years later – the rumours of such a fear becoming so resonant at court that they were picked up by even an alien ambassador – leaving Henry with a deep-seated fear of contagious disease,” writes Roger. “It starts to shed light on Henry’s own emotional state. He still clearly feared the disease and while he had no heir, the entire Tudor lineage was at stake.”

Henry’s fear of sickness was a repeating motif in his life: as Erin Blakemore of History.com writes, the king spent his summers wandering between numerous rural estates, anxious to get away from the seasonal ailments that swept the kingdom’s capital. The sweating illness, a strange ailment that left sufferers “well today and dead tomorrow,” as Derek Gatherer of the Conversation put it, was a major concern.

Five years later, in 1516, his daughter Mary, who would become Queen Mary I, was born. Philippa Gregory’s blockbuster novel The White Queen fictionalizes Elizabeth Woodville’s life, describing her as a “woman who won the love of a king and ascended to royalty by virtue of her beauty.”

Elizabeth’s life was defined by a succession of power battles throughout her life. When Edward’s kingdom was momentarily lost, it was restored by the Lancastrian Henry VI, and when the Yorkist king died, his brother, Richard III, gained power by proclaiming his nephews illegitimate.