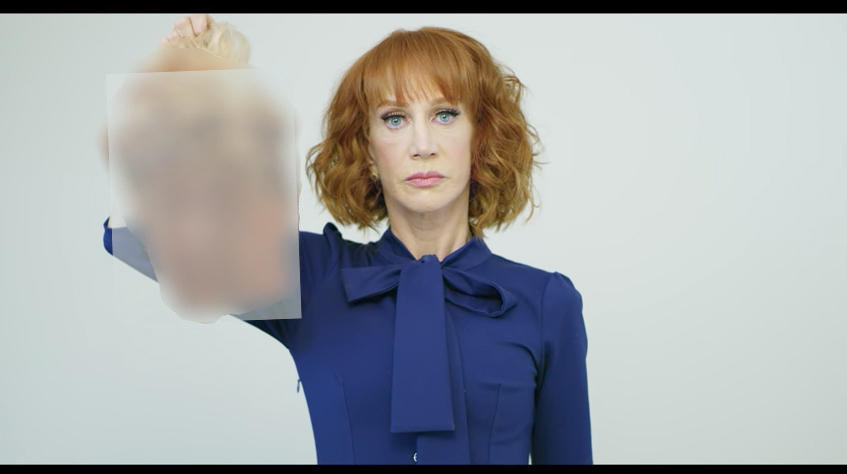 Kathy Griffin, who was widely chastised for posting a photo of herself holding a fake severed head of President Donald Trump, enjoys mocking authority figures, and during her acceptance speech for the “Primetime Creative Arts Emmy Awards,” she slammed people who thank Jesus, declared that Jesus had nothing to do with her victory, and remarked, “Suck it, Jesus!”

Griffin made the controversial remark while accepting her Emmy for outstanding reality program for her Bravo channel show “My Life on the D-List” at the Shrine Auditorium in 2007.

“Upon winning this past Saturday, Kathy said, “Can you believe this shit? I guess hell froze over. … a lot of people come up here and thank Jesus for this award.”

“I want you to know that no one had less to do with this award than Jesus,” she said. “He didn’t help me a bit. If it was up to him, Cesar Millan would be up here with that damned dog.”

Griffin continued, “So, all I can say is, suck it, Jesus! This award is my God now!”

“I hope I offended some people. I didn’t want to win the Emmy for nothing,” Griffin said onstage when asked about her remarks a short time afterwards.

“It is a sure bet that if Griffin had said, ‘Suck it, Muhammad,’ there would have been a very different reaction,” Catholic league president Bill Donohue said in a statement posted on the group’s Web site. He urged TV Academy President Dick Askin to condemn Griffin’s “hate speech” and to demand an apology from Griffin.

The segment was cut from E’s broadcast.

An academy spokesman said at the time, “Kathy Griffin’s offensive remarks will not be part of the E! telecast.” Instead, she added, a “abbreviated version” of her acceptance speech will broadcast.

Griffin’s sole remark in reaction to the uproar was, “Am I the only Catholic left with a sense of humor?”

Kathy Griffin has been in a number of low-budget films and television shows. She is a stand-up comedian that performs around the United States. Griffin apologized after the backlash over the Trump decapitation photo. CNN stated that she will no longer be headlining CNN’s New Year’s Eve special alongside co-host Anderson Cooper.