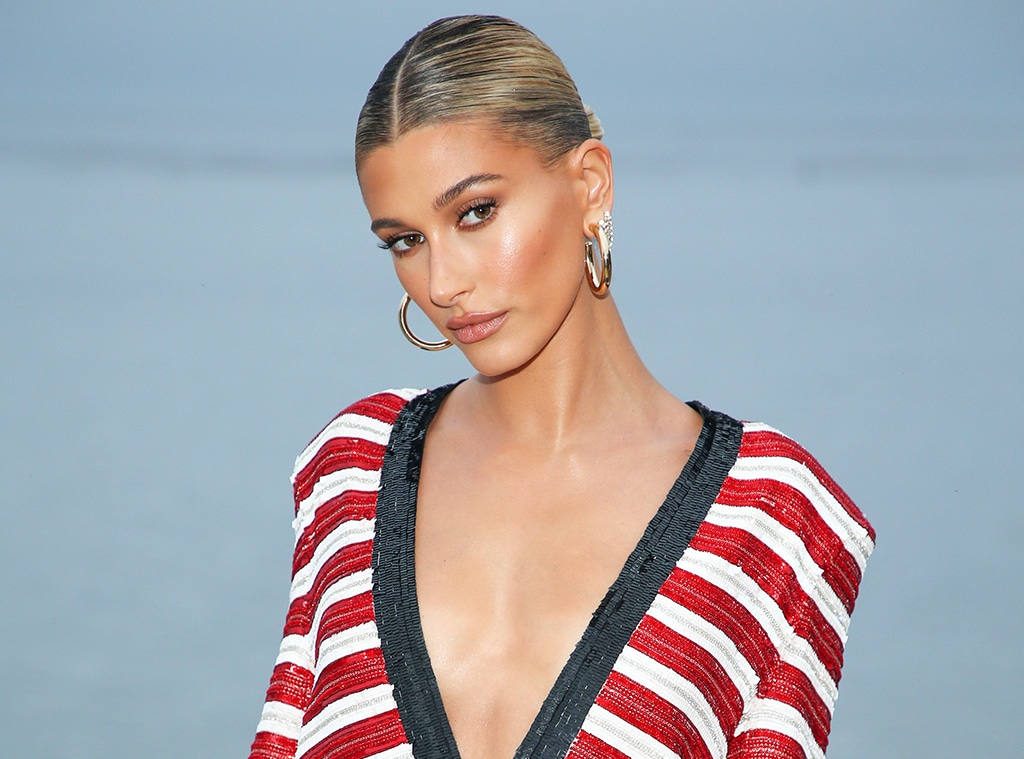 Hailey Bieber was admitted to the hospital earlier this week for a blood clot in her brain.

The 25-year-old model had been hospitalized in the Palm Springs region as a consequence of a “medical emergency” that “affected the way she moved” and presented with symptoms “typical for much older people,” according to TMZ.

Hailey followed up by confirming the news on her Instagram story.

“On Thursday morning, I was sitting at breakfast with my husband when I started having stroke like symptoms and was taken to the hospital,” she said on her Instagram Story. “They found I had suffered a very small blood clot to my brain, which caused a small lack of oxygen, but my body had passed it on its own and I recovered completely within a few hours.”

Bieber, who is married to Justin Bieber, has said that her health has improved.

“Although this was definitely one of the scariest moments I’ve ever been through, I’m home now and doing well,” she wrote. “I’m so grateful and thankful to all the amazing doctors and nurses who took care of me!”

“Thank you to everyone who has reached out with well wishes and concern, and for all the support and love..” 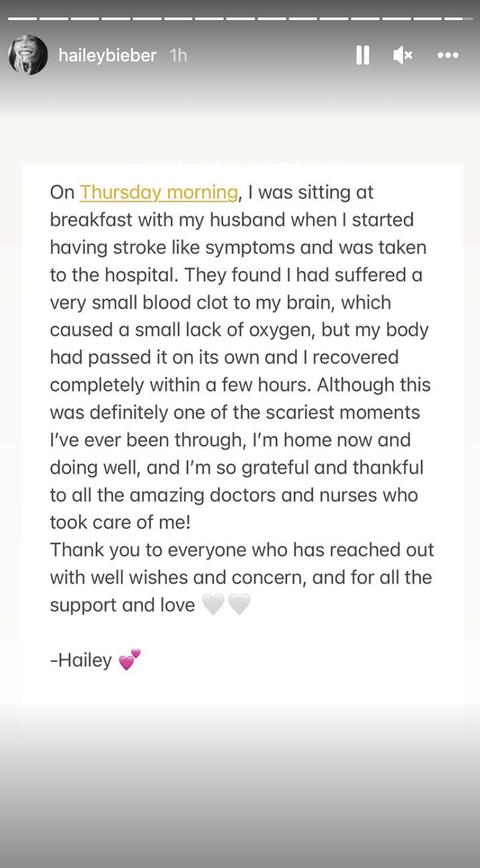 Justin’s publicist stated that the artist had developed COVID-19 three weeks ago, prompting him to postpone four shows on his current Justice global tour. It was unclear if his wife had also been infected with the virus, which has been proven to cause brain damage and blood clots.

According to TMZ, Hailey’s doctors are still trying to figure out what caused the blood clot.

“It doesn’t feel worth it to me anymore when I try to have an open conversation with someone like you and then it gets taken out of context,” she stated. “The media loves to take a tiny little blurb of something for clickbait. The media has always been a disgusting thing.”